'Die in Paris: The true story of France's most notorious serial killer' by Marilyn Z. Tomlins 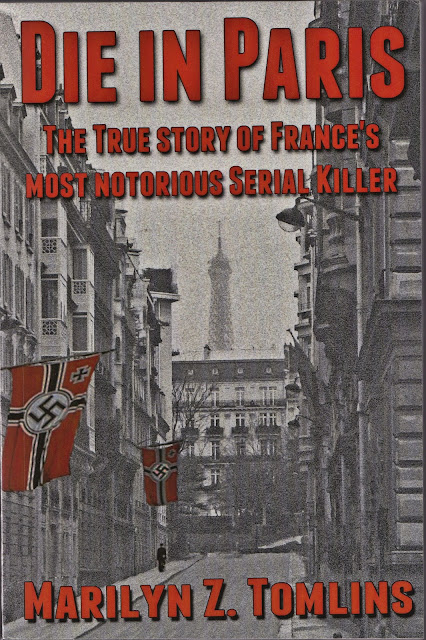 A spring night in Paris. The most beautiful city in the world is dark and silent. Uncertainty devils the air. As does normality: war time normality. The Nazis’ Swastika flutters from the Eiffel Tower. The Parisians are huddled indoors.

Suddenly the night’s stillness is shattered by sirens and excited voices. For days foul smoke has been pouring from the chimney of an uninhabited house close to the Avenue des Champs-Elysées. Police and firefighters are racing to the house to break down the bolted door. They make a spine-chilling discovery. The remains of countless human beings are being incinerated in a furnace in the basement. In a pit in an outhouse quicklime consumes still more bodies.

Neighbors say they hear banging, pleading, sobbing and cries for help come from inside the house deep at night. They say a shabbily-dressed man on a green bicycle pulling a cart behind him comes to the house, always at dawn, or dusk.

The house belongs to Dr Marcel Petiot – a good-looking, charming, caring, family physician who lives elsewhere in the city with his wife and teenage son.

Is he the shabbily-dressed man on the green bicycle?

If so, what has he to say about the bodies?

Marilyn Z. Tomlins has crafted an enthralling and suspenseful page-turner about one of history's most fascinating and notorious serial killers. This grisly World War Two era thriller will have you teetering on a slippery edge from beginning to end. Don Fulsom, veteran UPI and VOA White House correspondent, Washington, D.C. reporter, author of the bestseller Nixon’s Darkest Secrets: The Inside Story of America’s Most Troubled President, and a professor of government at American University in Washington.

With style, Marilyn Z. Tomlins’ Die in Paris, tells the incredible story of France’s most prolific murderer. Readers will discover a truly psychotic serial killer. J. Patrick O’Connor, author of the bestsellers The Framing of Mumia Abu-Jamal and of Scapegoat: The Chino Hills Murder and the Framing of Kevin Cooper, and the creator and editor of www.crimemagazine.com 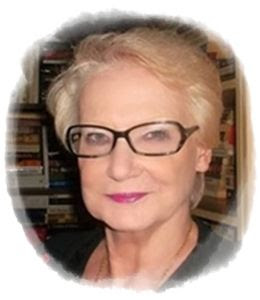 Marilyn Z. Tomlins is a writer of both fiction and non-fiction.

Her non-fiction: Until recently Marilyn was the European correspondent of the Australian magazine 'New Idea' which she resigned from to freelance. Her work for the magazine entailed reporting show business events and what Europe's Royals were up to and interviewing 'stars' of the world of sports. Simultaneously she pursued a career of true crime writing. Some of her articles can be read on the American-based true crime site, crimemagazinedotcom. She has recently been appointed editor-in-chief of a print and online true crime magazine - 'Crime & More World' - to be launched in Calcutta, India, in both English and the Bengali language.

Her fiction: A Russophile, Marilyn passionately studied all aspects of Russia's history and literature. She has recently finished the writing of a novel set in Stalin's Russia titled 'For the love of a Poet'. The manuscript is currently with her agent in London. 'For the love of a Poet' is based on the adulterous love affair of Nobel Prize Laureate in Literature Boris Pasternak and the Moscow journalist Olga Ivinskaya on whom Pasternak had modeled Lara of his epic novel 'Dr Zhivago'.

'Die in Paris', the story of the WW2 French serial killer, Dr Marcel Petiot, is her first published non-fiction book.

She is often asked to explain how she became interested in such a vicious killer as Dr. Marcel Petiot. She will tell you that she thinks that she knows how this happened, but it is information that she still has to keep secret. She will however tell you that once she had begun her research into this French serial killer's life, she was hooked. "I am not a macabre person, but I found Dr. Petiot fascinating. And today I know him better than anybody else," she says. Those who have already read her 'Die in Paris' agree.

Her next non-fiction book will be about the death of Princess Diana in Paris on the night of August 30/31, 1997.

Marilyn Z. Tomlins asks you that when you order her book 'Die in Paris' not to order the edition with the black/white/red cover with the guillotine. That is an old edition which is full of printing errors for which she apologises although those are not of her making, but because of an unscrupulous publisher who no longer has the right to publish or distribute the book.

Please, when you decide to order her book 'Die in Paris', the edition you have to order is the one with a photo of the Paris street, Rue le Sueur, with the Eiffel Tower, on the cover. This is the new edition of the book.
Posted by Andi at 9:24 PM