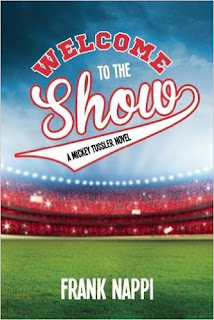 Welcome to the Show

It’s 1950 and Mickey Tussler—the now-famous pitching prodigy with autism and a golden arm—is back for another baseball season in this third installment of Frank Nappi’s critically acclaimed Legend of Mickey Tussler series. Talk of Mickey’s legendary exploits on the field has grown since his improbable debut two years prior, as have the fortunes of Murph and the rest of the lovable ragtag Brew Crew. Now Mickey, Murph, and Lester find themselves heading to Bean Town to play for the Boston Braves.

The call up is sweet, for all of them have overcome insurmountable odds to get where they are. But life in the major leagues is filled with fast-paced action both on and off the field. The bright lights of Boston hold a new series of challenges, hardships, and life lessons—especially for Mickey, who finds himself a long way from throwing apples into a barrel back on the farm. The three newest Braves have each other to lean on, as well as a new group of fans who are swept away by pennant fever, but balancing everything this new world has to offer may prove to be the greatest challenge of all.

**My thoughts**
I fell in love with Mickey Tussler four years ago when the first book came out. I devoured it and then greatly enjoyed the second book in the series. When that one ended, I knew there was a good chance for a third, but it didn't come. When I found out that the third book had finally been released, I was ecstatic to jump on board the tour to read and review it. I now feel like it is complete, though conceivably the story could go on.

Mickey is a young boy with autism, which wasn't widely understood back when this book takes place. I recognize some of the qualities in his personality, and yet he is a unique individual. Then again, once you've met one person with autism, you've met one person with autism. I felt like Nappi captured what it could be like for one individual with "high-functioning autism" to be thrust into the spotlight for his gift. He embraces the athletic prowess this young man possesses, yet captures the lack of social skills, the sensitivity to stimulation, the self-soothing behaviors, and processing issues. I love the demonstration of how Mickey's mother and Murph handle him. Plus there is the added interest of Jolene, a young woman who also has her own struggles and is often misunderstood, yet seems to perfectly understand Mickey. Both of them have a huge heart and I loved watching their relationship develop over the course of the novel.

This story hits on so many important topics. It is reflective of the racism that was still occurring 70 years ago (and honestly has been popping up again today). It shows the lack of understanding for individuals with special needs. It chronicles the difficulties in relationships when one partner's dream may get in the way of what is important, and how what you think you want in life isn't always what you really need. It values the importance of friendship, brotherhood, and teamwork, both on and off the playing field. And then you have the added joy of fast-paced recounts of the baseball games of the season. Baseball back in the day sure was different from how it is today. It was also fun to see a lot of familiar names pop up in fictional accounts.

Baseball fans will like this series, because it also captures the heart of America's favorite pastime. I love heartwarming stories that are well written, and Nappi is an excellent writer. These are books that I will read more than once. In fact, I have read the first two more than once, and will likely reread this one, as well.

Read my review of the first two books of the series here. 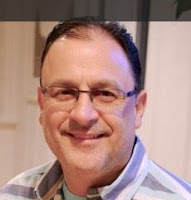 Frank Nappi has taught high school English and Creative Writing for over twenty five years. His debut novel, ECHOES FROM THE INFANTRY, received national attention, including MWSA's silver medal for outstanding fiction. His follow-up novel, THE LEGEND OF MICKEY TUSSLER, garnered rave reviews as well, including a movie adaptation of the touching story "A Mile in His Shoes" starring Dean Cain and Luke Schroder. Nappi continues to produce quality work, including SOPHOMORE CAMPAIGN, the intriguing sequel to the much heralded original story and the thriller, NOBODY HAS TO KNOW, which received an endorsement from #1 New York Times bestselling author Nelson DeMille. The third installment of Nappi's Mickey Tussler series, WELCOME TO THE SHOW, was released April 2016, and he is currently working on his next thriller, AS LONG AS WE BOTH SHALL LIVE. Nappi lives on Long Island with his wife Julia and their two sons, Nicholas and Anthony.

Welcome to the Show Goodreads:
https://www.goodreads.com/book/show/25898459-welcome-to-the-show

Read my review of Nobody Has to Know here.

You can also read an interview with Frank Nappi from 2013 here.


a Rafflecopter giveaway
Posted by Andi at 4:35 PM