I was compensated via Fiverr for sharing this post. I only share those books that I feel will be of interest to my readers. Please also note that affiliate links are present within this post. Should you make a purchase through one, I may earn a small commission at no extra cost to you. 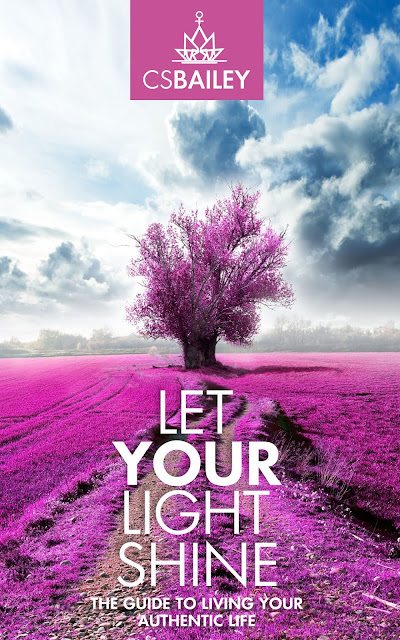 Tired of just surviving? Do you often wonder what your purpose is? Constantly experiencing setbacks and/or sadness? Are you sick and tired of being sick and tired?

In “Let YOUR Light Shine – The Guide to Living YOUR Authentic Life”, csBailey takes you on a journey of self-discovery for thirty days straight – all to help you uncover who you really are, so you can live on purpose and experience true happiness.

Award-winning Brand Strategist and Transformational Speaker, csBailey shares how she went from helping hundreds of clients build their brands and find their “why”, to living authentically herself and regaining inner peace. Through stories, humor, and practical tips, she shows the way to anyone trying to find their purpose and live their authentic life. In these pages you’ll discover:
With intention, attention, patience and heart, when you finish this guide, you will begin to live your authentic life. You’ll know exactly who you are, you will discover your purpose, and you will live a happier life. So, what are you waiting for? Don’t die with regret. Learn how to Let YOUR light shine!

Innately talented and exceptionally driven, csBailey is a dominating force and respected authority in the dynamic fields of Branding, Marketing, and Transformational Speaking. csBailey is a magnetic personality and highly-sought-after resource for business owners, non-profit organizations and community leaders from all sectors looking to increase opportunity through authenticity. For over two decades, she has collaborated with and guided hundreds of successful business leaders, professionals, and individuals in translating theory into tangible bottom-line results. Currently, csBailey serves as the Founder + Chief Creative Officer of The Hustle Agency.

As a premier Keynote Speaker and Author, csBailey energizes people to meet the challenges of the world around them by discovering the authenticity within themselves. Having overcome more than her fair share of pain and suffering: growing up poor in public housing, domestic violence, molestation, a suicide attempt, alcohol/drug abuse, failed businesses, and so much more - csBailey's quintessential success story of sacrifice, hard work, and perseverance as well as the unique and charismatic way she communicates it, will inspire any audience. She skillfully weaves her compelling life story into the fabric of self-discovery and empowerment.

Through The Hustle Agency, Cheri provides superior Brand + Marketing services for an array of prominent clients. Previous clients, projects, and partnerships include:

csBailey's passion, energy, and unmitigated gall motivates audiences to step beyond their limitations and into their greatness. Her charisma, warmth and humor have transformed ordinary dreamers into extraordinary doers. Engage with csBailey today and Let Your Light Shine.

Read an excerpt from Morgan Is Missing by K. Hanson

Welcome to the blog tour for Morgan Is Missing, the second book in the Kayla Falk series by K. Hanson. Today I have an excerpt for you to enjoy. Then, if you follow the rest of the tour, you will find reviews and lots of other fun posts. Plus there is a giveaway for you to enter at the end! 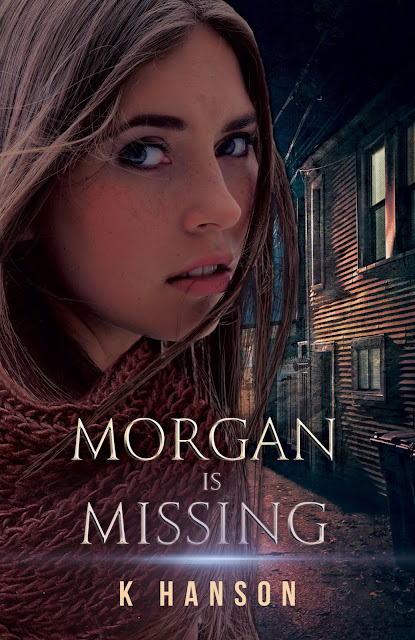 Kayla Falk is trying to move past the traumatic events of her mission in Syria and settle into a comfortable engineering job. However, when Morgan Bellamy, the younger sister of Kayla’s late best friend, disappears while on vacation, Kayla doesn’t hesitate to jump into action to find her. As Kayla investigates, she learns that Morgan has become trapped in a hellish human trafficking situation. Kayla is determined to find Morgan before she slips into the shadows forever.

Content Warning: This book is about sex trafficking. While I avoid explicit, graphic depictions of sexual violence, due to the nature of the subject matter, it is definitely implied that it takes place.

Kayla sat upright at her keyboard and heard a knock at her office door. She turned around to see David, her boss and Morgan’s father, standing in the doorway. His brow was scrunched with worry, and his Bellamy-blue eyes had bags underneath.
“Kayla, can I talk to you for a moment?” he asked.
“Sure. You look stressed. What’s wrong?”
“Have you heard from Morgan at all?”
Kayla shook her head. “Not since her ‘Happy New Year’ text a week ago. Why?”
David stepped into the room and pulled the door shut. “I haven’t heard anything from her either. I didn’t want to worry about it too much since she’s on vacation, and you know how she is about responding when she’s busy. But they were supposed to be back yesterday. I’ve tried texting and calling her a few times and haven’t gotten anything back.”
“Maybe she just lost her phone. I’m sure Deadwood was crazy that night.”
“I’ve talked to Amanda’s mom, and she’s not having any luck either. Somehow, I doubt they’ve both managed to lose their phones at the same time. And even if they did, they’d have called to let us know they were going to be coming late.”
Kayla frowned. It did seem strange that they would both drop off the grid simultaneously. “Do you think something’s happened to them?”
David shrugged and shook his head. “I have no idea. I haven’t seen anything in the news, at least.” He looked down and wrung his hands before looking back at Kayla. “Would you do me a favor and head out to the Black Hills to see if you can find her? I’d go myself, but I need to look after things here, and I don’t want to be the overprotective father if it’s nothing. I know you’re trying to wrap up this project, but it’s keeping me up at night to think that something could happen to her.”
Tears welled in his eyes and his voice caught in his throat. “I can’t lose Morgan, too.”
Kayla looked over at the photo of Olivia, with Morgan’s same sapphire eyes looking back at her. Kayla still hadn’t told David or Morgan that she had been the one to kill Olivia to spare her from a painful death after being poisoned. I can’t lose Morgan, either, Kayla thought.
“Yes,” she said as she stood up. “I’ll find Morgan. She’s the closest I have to a sister. Everything else can wait.”
“Really? Thank you so much, Kayla.” David wrapped Kayla in a tight embrace. “I always forget that you’re nearly my height until I hug you.”
Kayla returned the hug for a moment but quickly stepped back and glanced away from David. “You don’t need to thank me. You’ve lost one of your daughters already because of me.” Her voice trailed off. After a moment, she clenched her jaw and fixed his eyes with hers. “Now, I’m going to bring the other one back to you.”
“You know I don’t blame you for what happened to Olivia. I know you did your best.”
Kayla held up her hand to stop David from speaking. “I know you don’t blame me, but I blame me because it was my fault.”
He stepped toward her, but Kayla put a firm hand on his shoulder. “I don’t feel like arguing about it. Where do you think I should start looking for Morgan?”
David shook his head. “I don’t really have any clues to offer you. The last place I knew she visited is Deadwood. I don’t know anything more specific than that. She has some pictures up on Facebook, though. Maybe you could look through those to see if any of them would help.”
“I’ll do that. I’ll just head home now to start packing and thinking about where to look.”
“Yes, please. Get started as soon as possible.”
Kayla took a long stride through the door and turned toward the stairs to leave, then turned back. “David,” she said, causing him to look back at her, “I’ll find her. I promise.”

K lives in Sioux Falls, South Dakota, where he works as a software developer. In his spare time, when he isn’t writing, he enjoys reading, working out, playing video games, and spending time with his wonderful fiancee, Bobbi. Some of his favorite authors are Tom Clancy, George R. R. Martin, and Sarah Maas.