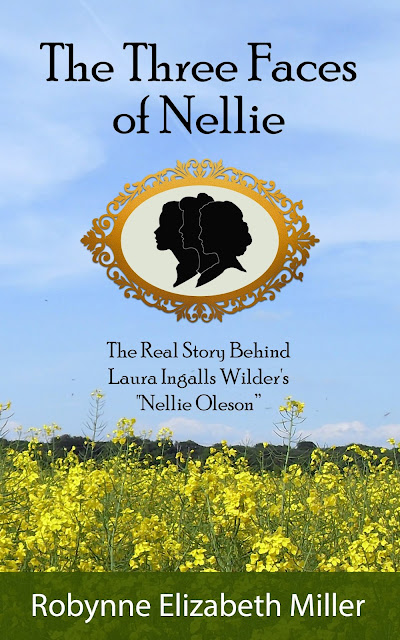 The Three Faces of Nellie

Whether you love her, hate her, or love to hate her, Nellie Oleson is one of most recognizable literary figures of the 20th century. But Laura Ingalls Wilder, author of the Little House on the Prairie series in which Nellie appears, had a secret. . .Nellie wasn’t a real person! Instead, she was a composite character created from three girls Laura knew from childhood: Nellie Owens, Genevieve Masters, and Estella Gilbert.

The Little House character of Nellie Oleson is one-dimensional: snobbish, selfish, and thoroughly unpleasant. But the real women behind Laura’s creation? An intriguing mix of the not-so-nice and the unexpectedly redeemable. In short, they were human.

Discovering the true stories behind Nellie, Genevieve, and Estella has been a fascinating journey. All three ended up on the West Coast at one point. . .true westward movement! One was widowed twice, one ended up divorced, and one died way too young. Two only had one child, and one had three, though she outlived her youngest by a very long time. There’s even some “Nellie-like” drama in there: Embezzlement. Lying on censuses. Shady land deals.

But there are some beautiful things, too. . .like the enduring love of a husband after his bride died. Or the rare closeness of a mother and daughter who shared their lives as adults. Or the strength of a young widowed mother who not only cared for her son, but headed out west, in true pioneer fashion, while she did so.

Laura Ingalls Wilder did a masterful job of creating the character of Nellie Oleson. But the three real-life women behind that iconic character are, in my opinion, infinitely more intriguing.

Available in paperback or ebook 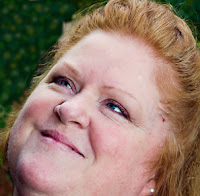 
Robynne Elizabeth Miller has authored three nonfiction books as well as numerous articles and essays. Her first book, “From the Mouth of Ma,” is a look at Caroline Quiner Ingalls, the mother of Laura Ingalls Wilder. Her second book, “Pioneer Mixology,” is a quirky survey of beverages that the pioneers enjoyed. Her most recent work is the newly released “The Three Faces of Nellie,” an in-depth biography of the three women who made up the composite Little House character of Nellie Oleson.

Robynne’s author website is www.robynnemiller.com and she also blogs extensively at mylittelprairiehome.com and thepracticalpioneer.com. Aside from writing, Robynne is a speaker, editor, and writing coach. She teaches at writers conferences and local writers workshops, leads two writing/critique groups, and is the Communications Director for the Inspire Christian Writers board of directors. She is completing her Master’s degree in Nonfiction and Fiction at Ashland University.

Robynne lives with her British husband, and the youngest two of their four cheeky children, in the snowy woods of the Sierra Nevada Mountains of Northern California. When not writing, Robynne loves singing, felling trees, and making bacon from scratch.
Posted by Andi at 12:57 PM