The Carbynarah Chronicles by Jon Franklyn

I was compensated via Fiverr for sharing this post. I only share those books that I feel my readers will enjoy. Please note that affiliate links are also included. Should you make a purchase through one of these, I may earn a small commission to help support my websites at no additional cost to you. 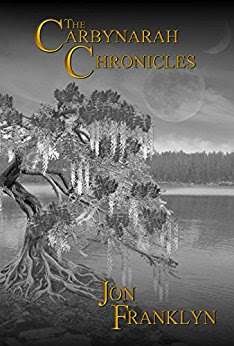 Prepare for a journey of fantasy, swords, and a battle for a world of unsurpassed magic.

Having reached the #1 spot on Amazon in several categories and across several countries, The Carbynarah Chronicles is delighting readers with its epic tale of magic wielders and an ending that blows everyone away. Aimed at the entire family, The Carbynarah Chronicles is destined to become a classic, in science fiction and fantasy, that will capture the imagination of all generations.

Thank you for reading! We can’t wait for you to discover the incredible world of Carbynarah.

Franklyn was born in the majestic San Juan Islands, in Washington State (ten miles east of Vancouver Island) surrounded by artists and writers. Inspired by the faculty at his local high school, including the cousin of Kurt Vonnegut, author of over 25 books and plays, Jon always dreamed of writing his own book. Graduating from Anacortes High School, Westminster College, and the American Institute of Applied Politics, Franklyn worked on several political campaigns before he started his foray into business.

His business career eventually led him back to writing. In 2010, Franklyn sat down at a computer, and 90 days later he had written the first draft of “The Inset.” Years later, with the encouragement of his wife, Julie, he picked up the keyboard and pursued his career in writing. Several books later, Jon contacted an editor, and today you are enjoying the fruits of that labor.
Posted by Andi at 2:52 PM
Labels: 99 cents, adventure, book promo, fantasy, Featured Fiverr