Welcome to the book blast tour for Back to the Beginningby Christina Ann Gist! Today I am sharing an excerpt and my thoughts on this debut novel in the Mer Harbor series. Be sure to follow the tour for even more. And best of luck entering the giveaway! 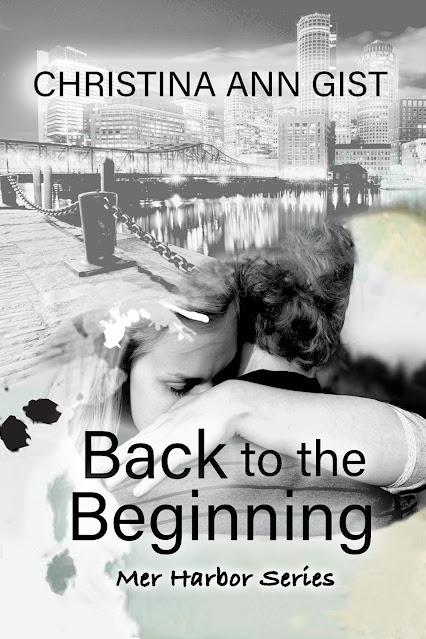 Mer Harbor is a small, coastal town in Southern California. Everyone knows everyone, and nothing is a secret among Mer Harbor residents. Some hope to escape someday, while others find the charm of the town enticing, and never leave.
Everley Romero and Heath Mitchell had always planned to take on the world together. To leave Mer Harbor and pursue their dreams. It all seems to crumble when a tragic loss sends them in different directions. Almost ten years later, Everley finds herself on the receiving end of a bitter divorce, leaving her no choice to return to the home - and past - she'd hoped to leave behind for good. Heath is building a good life for himself in Mer Harbor. When he crosses paths with Everley, he learns that they'll both have to face a past full of heartbreak and loss that they've both tried to bury.
Read an excerpt:

“Hey sweetheart.” Heath sat down on the grass by the headstone that marked where his little girl was buried. “I brought you a daisy.” He pulled the little white flower from his coat pocket and laid it next to the stone.

She couldn't answer, and the grave was nothing more than a memorial, but visiting and talking as if she were listening made him feel better. “I know your birthday's not for another two weeks,” he continued, “but I've had a rough few days.” He choked up, “It's been nearly eight years, yet I still feel as if we lost you just yesterday. Your mother's come back into town, and that's probably part of the reason it hurts so much more right now.”

“Sorry,” someone whispered softly. Heath looked up and saw Everley walking towards him, stopping a short distance away. “I didn't know you were here... I can come back later. ”

Everley hesitated, then started shaking. “I haven't been here since the funeral. It was always too painful-” whatever else she was going to say was lost in mumbles as she started crying.

Heath stood and crossed the distance she'd left between them. He expected her to pull away when he wrapped his arms around her, but she stayed, burying her face in his chest as he tried to calm her. She continued talking, but it was hard to understand her muffled words. It sounded like apologies, but he couldn't quite make out for what. “Shhhh,” he soothed, “it's all right... I've got you.” He felt her arms wrap around his waist, and he squeezed her tighter, letting her know he wasn't going anywhere.

Buy on Amazon
(affiliate link)
**My thoughts**
There is a lot of pain in this book. Everley has pretty much been leading a miserable life since she left Mer Harbor. She never reconciled a painful, traumatic event that happened when she was young and made a lot of mistakes in moving on. Heath, who had been her boyfriend at the time, has never resolved his anger and hurt from that time, either. And when the two of them run into each other, it all just bubbles over again.
You know that you want them to help each other, because they are probably the only ones who are able to help each other. But Everley's ex-husband Benny becomes a special kind of a pain, though his later behavior almost felt like it came out of the blue or at least escalated quickly.
I hate how Everley feels about herself. It's painful to read. And yet a lot of the pain that is in this book feels rather real and people may easily relate to it.
The book alternates between present time and flashbacks to when they were younger, to explain how things were for them back then. I'm not always a fan of flashbacks, especially when there are this many. But at the same time, I was appreciative of getting to know their backstory in a better way within those scenes than just summaries. I think this technique really helped and worked as I got used to it.
Thank you to the author and Goddess Fish for a requested review copy. All thoughts and opinions are my own. 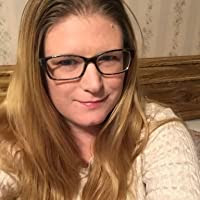 Telling stories before she could even write, Christina grew up knowing she wanted to be an author. She “published” her first stories with construction paper and handwritten pages for her family and friends. Now, with the magic of technology, she’s able to share her characters and stories with the world.

When she’s not writing, you can find her dabbling in her other favorite hobbies such as photography, stargazing, and of course: looking for her next adventure.

Christina Ann Gist will be awarding a $10 Amazon or B/N GC to a randomly drawn winner via rafflecopter during the tour.
a Rafflecopter giveaway
Posted by Andi at 3:30 AM