EVERYONE HAS A LITTLE PSYCHO INSIDE… 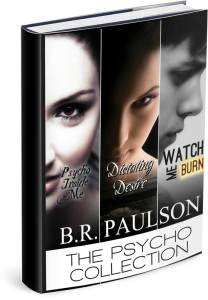 I killed my first victim at thirteen years old – my age, not his. He was going to rape me, him and a couple of his friends. And so, I killed him. And then… I killed again. And again.

b At seventeen, I’m killing four to six times a year – maybe more. Don’t stress out. I only go after the pedophiles and rapists. There are more out there than I could cover in a lifetime.

Saying I did this on my own would be selfish. Enforcing justice holds a glory all its own. But now, my lifelong friend and backup, Deegan, has been arrested. I have to decide if I want to give myself up and take his place or leave him with all the damning evidence. I don’t want to stop killing. But if I let him take the fall, I can’t kill anymore. And I need to keep doing that.

But the worst part of it all? I love him.

Samantha wants to love him.

Maria wants to kill him.

Dr. Luke Lawson has no idea that the girl he’s dating has split personalities fighting to control her body. Samantha must keep Luke safe at all costs.

If Samantha wins, Maria will die and disappear forever – taking Samantha with her.

If Maria wins, Dr. Lawson will die and she and Samantha will move on to the next doctor – the next kill.

But Luke is special.

He could save Samantha from herself… but only if Samantha can save him.

I’ve been in love and it hurts.

We hurt each other.

I can’t escape the guilt.

I don’t want to be just friends with Levi.

But I will be.

He’s been hurt before and I just want to be there for him.

Someone needs to be on his side.

Levi Cole is mine.

She can’t have him.