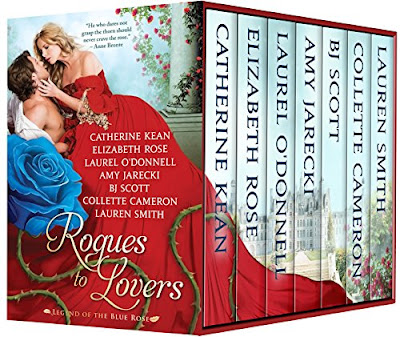 Rogues to Lovers: Legend of the Blue Rose

"He who dares not grasp the thorn should never crave the rose." – Anne Bronte

The blooming of the rare and mysterious blue rose heralds great change, for when the buds open to full blossom enemies become lovers. Some fear this omen, some desire it. All respect it. Follow the journey of these brand new historical romance tales from USA Today and Bestselling authors and discover the power--and the promise--of the blue rose for yourself.

A Knight and His Rose by CATHERINE KEAN -

When Lady Violetta Molineaux is injured falling into an underground tunnel, she's rescued by her enemy, Lord Osric Seabrook. Afraid to reveal her identity to him, Violetta maintains her ruse of being a commoner. Yet, when she and Osric discover a secret in the tunnel, one that involves the rare blue rose, they must acknowledge shocking truths that could change their lives forever.

Coira MacDuff agrees to marry an Englishman to make an alliance with her clan. But she never expects her new husband, Sir Lance de Selby to take her back to Liddel Castle where the English held her as a prisoner, locked and hanging in a cage three years earlier. (Coira was first seen as the sister of Effie MacDuff in Aidan - Book 2 of the MadMan MacKeefe Series.)

A Knight Amid Thorns by LAUREL O’DONNELL –

When the murderer of her brother is welcomed into her castle as a friend, Lady Ella Rames vows to make his life as miserable as hers and to avenge her brother. Struggling to fulfill an oath and find the elusive blue rose, Sir Graden Dumount’s final hope rests with a woman who despises him. Can Ella and Graden overcome their animosity and let the power of the blue rose heal them and turn enemies into lovers?

Two generations after the massacre of Dunoon, will the power of a single damask rose be enough to break the hatred of a clan feud that has gone too far? When Alice Lamont crosses paths with the notorious Quinn Campbell, she readies for battle. But as tensions rise, so does passion…until the enemies must choose—love or war.

A Rose Among Thistles by BJ SCOTT -

When an unprovoked raid on his clan's stronghold means that Logan MacAllen must assume the position of laird, he is bent on revenge. Determined to take and destroy the one thing that means more than anything to his sworn enemy--his only daughter--Logan must harden his heart to the beguiling lass, or risk losing it to the rose he discovers among thistles.

A Rose for a Rogue by COLLETTE CAMERON -

What’s a future duke to do when the most unsuitable woman possible captures his heart?

Not only is Eden the by-blow of his father’s arch enemy, she’s also sister to the man who killed Chester’s elder brother. Dare he risk all for the only woman to ever bring peace to his soul? Can he convince Eden to put aside her wariness and to trust him with her heart and love?

The Gentleman's Seduction by LAUREN SMITH -

Martin Banks can't resist a chance for revenge when he buys Livvy as a companion in exchange for her father's debts but he never planned on falling in love. 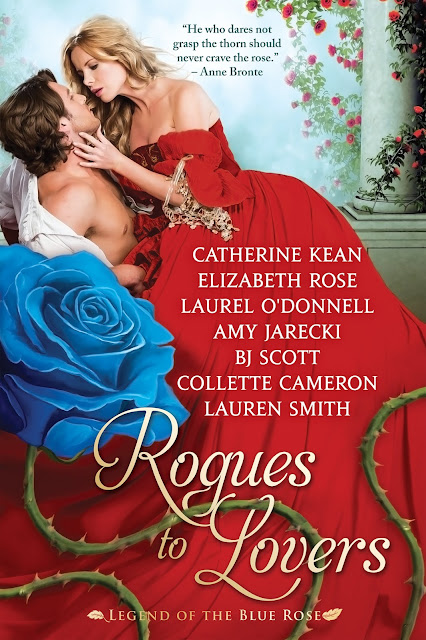 I was compensated via Fiverr for sharing this post. I only share those books that I feel will be of interest to my readers.
Posted by Andi at 7:38 PM
Labels: 99 cents, book promo, boxed set, Featured Fiverr, historical romance