Review of Joy After Noon by Debra Coleman Jeter

Welcome to the review tour for Joy After Noon by Debra Coleman Jeter! You can read my thoughts here and then follow the tour for even more people's opinions and reviews. Leave your questions comments for the author and be sure to enter the giveaway! 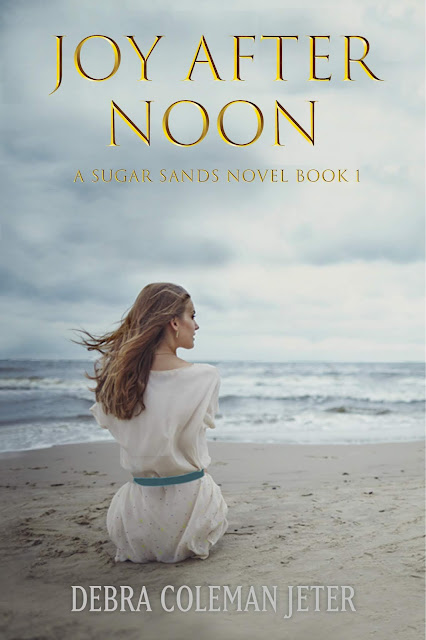 
Joy marries a widowed bank executive caught in an ethical dilemma and misreads his obvious frustration while struggling to integrate into her new family. Inspired in part by Love, Come Softly, this novel explores the challenges of second marriages and dealing with step-children during the crucial years of puberty and teenage angst. A college professor coming up shortly for the huge tenure decision, Joy finds herself falling apart as her career and her home issues deteriorate and collide.

“What was she like?” Joy dared at last to ask the question haunting her.

“Who?” Ray started, the warmth draining from his gaze. Even the hand lying between them in the car—the hand that until now had been holding and occasionally stroking Joy’s—seemed to grow colder.

“Carolyn. I saw her from time to time, but I never really knew her.” She was babbling but couldn’t seem to stop herself. “We did serve on the same committee once, but... well, actually I served on the committee. She chaired it.”

He hesitated, frowned slightly. He withdrew his hand, fiddled with the controls on the air conditioner.

Joy stared at the BMW’s sophisticated panel of controls, as different from those on her Volkswagen bug as Ray’s waterfront home was from her meager apartment. Not her apartment anymore. That part of her life ended when she said, I do, or—more precisely—when she gave notice and allowed the apartment to be shown and then rented by another single professional woman. She drew in a long slow breath, inhaling the delicious leathery smell of a nearly new car, while she forced herself to be silent, not to babble about something irrelevant, to wait for his answer. When she had about given up, he spoke, his voice clipped. “I don’t like to talk about her.”

A faint shiver ran down Joy’s spine. Although it was nearly five years ago that his first wife died, clearly the pain was still fresh. Perhaps it always would be.

**My thoughts**
Trying to take over as a stepmother is difficult enough, let alone trying to take the place of a mother who has passed away. I haven't been in exactly this situation, but can somewhat imagine how hard it would be. Add in all of the other difficulties that pop up in her marriage and career, and life just gets even more complicated. Prepare yourself for a roller coaster of emotions in this one.


Debra Coleman Jeter has published both fiction and nonfiction in popular magazines, including Working Woman, New Woman, Self, Home Life, Savvy, Christian Woman, and American Baby. Her first novel, The Ticket, was a finalist for a Selah Award, as well as for Jerry Jenkins’ Operation First Novel. Her story, “Recovery,” was awarded first prize in a short story competition sponsored by Christian Woman; and her nonfiction book “Pshaw, It’s Me Grandson”: Tales of a Young Actor was a finalist in the USA Book News Awards. She is a co-writer of the screenplay for Jess + Moss, a feature film which premiered at the Sundance Film Festival, screened at nearly forty film festivals around the world, and captured several domestic and international awards.

Debra Coleman Jeter will be awarding a $15 Amazon or B/N GC to a randomly drawn winner via rafflecopter during the tour.