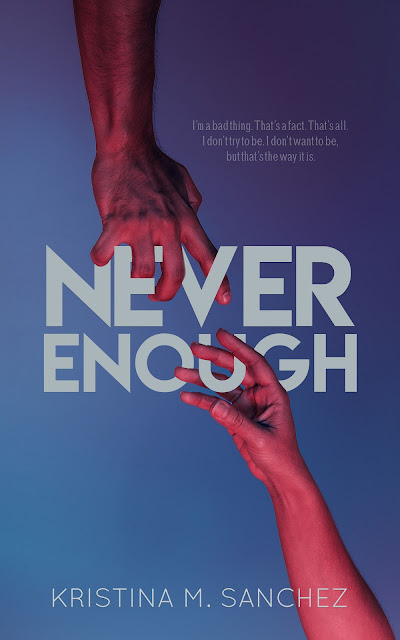 Kristina M. Sanchez began her life-long love of writing as a small, insomniac child, making up stories about Bugs Bunny to occupy herself when everyone in the house was asleep. She lives now in Southern California with two cats and an enchanting hurricane—err—toddler. An enchanting, smarty-pants, bewildering toddler. Kristina is an asexual, happily single mother by choice. You might think that’s a weird kind of person to be writing romance novels, but the best science-fiction writers have never been to space, so there you go.

Website: https://kristinamsanchez.com/
Kristina is giving away a $20 Amazon/BN gift card via Rafflecopter. Follow the tour for more chances to win!

a Rafflecopter giveaway
Posted by Andi at 3:30 AM
Labels: Cover Reveal, Goddess Fish