The Battle Between Honesty & Deception: A Grand Debate by Herman Kagan, Ph.D 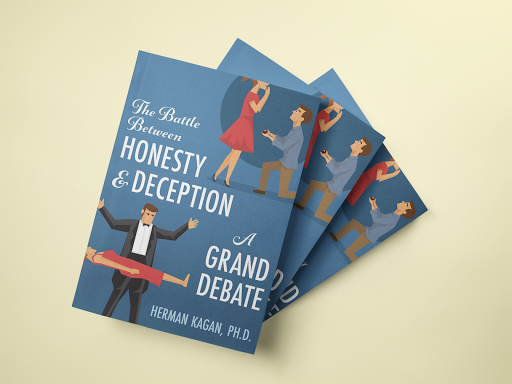 Whether we like it or not, deception is something we have to deal with almost every day. We are bombarded with advertisements for great deals, but the catch is always in the fine print. Deception has become a norm but does that mean honesty has ceased to exist?

The Battle Between Honesty and Deception takes a look at honesty versus deception by delving deeper into research done by professionals in the scientific and medical fields. Written in a conversational style, two people go head to head in a discussion to prove which is more prevalent in society today.

Who will win the final battle?

Herman Kagan is a retired California licensed clinical psychologist, who specialized in treating abused children and their families. He worked for a private psychiatric hospital, the California Youth Authority and the Mental Health division of Ventura County. He has a Ph.D. from The University of Arizona in Tucson and taught classes at The University of California in Santa Barbara. --This text refers to the paperback edition.
I was compensated via Fiverr for sharing this post. I only share those books that I feel will be of interest to my readers.
Posted by Andi at 3:00 AM
Labels: 99 cents