Review of The Nevada Escapists' Club by Jane Lark with Giveaway

Welcome to the review tour for The Nevada Escapists' Club by Jane Lark. Today I have an excerpt for you to check out, in addition to my honest review of the book. You can also follow the book tour to see what other readers think of this thrilling women's fiction offering. As you do so, please remember to leave a question or a comment for the author. And of course, please enter the giveaway!

Please note that affiliate links are present within this post. Should you make a purchase through one, I may earn a small commission to help me support my websites. I also received a complimentary copy of this book in exchange for my honest review, which in no way was swayed by this. 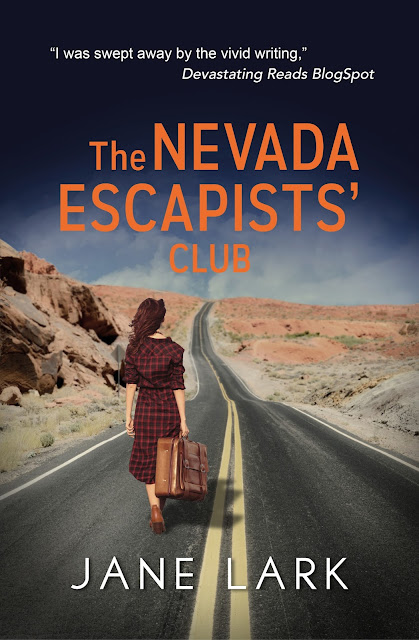 Zac senses the connection he has with the single stranger within minutes of their meeting. She, like him, sought a place to escape. But she isn't running anymore. He is. Ali falls into a holiday affair with a troubled young man. She would never choose a man like him if she was at home. So what will happen when the Las Vegas fantasy is over and her sunglasses tinted view of the world returns to reality? She is supposed to forget everything. It was meant to stop there...

If we went out I could have fun and forget about Joseph and the past.

‘Yes.’ I took my first step into the proper spirit of Las Vegas; that was why I had come here, not to hide in my room or aimlessly walk about shops. ‘Thank you, I would like to meet up. Where?’

‘I’ll meet you outside the nearest Walgreens twenty minutes after I have left the table. OK?’ The statement was made with his head down and slightly turned.

The waitress arrived with my drink as couples sat either side of me filling up all the chairs.

He was less flirtatious with men at the table, but he still smiled a lot and spoke to me at times in a way that brought me into the couples’ conversation. Spending an evening with him would make Las Vegas exciting. Nothing would be exciting on my own.

The woman arrived to replace Zac.

I stood up even before he had left. ‘I think that’s my signal to give up.’ I had lost a hundred and sixty dollars. I walked away.

I cashed in the chips I had left then went to the bar and bought a gin and tonic that I could drink quickly.

For a woman who a week ago had been a successful, level-headed lawyer, I had lost my mind. Every bit of evidence, if I read it in a client’s file, would say, do not do this. But I had come here to do what I wouldn’t normally do and I had come here to fight fear.

The gin and tonic trembled in the glass as my hand shook when I lifted it.

I drank the clear, deceivingly pure looking liquid in gulps, watching the gilded clock behind the bar tick the seconds away.


**My thoughts**
Ali is clearly a lost soul. She has flown over to Las Vegas on holiday to rid herself of thoughts of her husband, who has been cheating on her with an office mate for the past six months. She also seeks to rid herself of as much of her income as she can, so that he isn't entitled to as much money in the settlement. She also has a lengthy, intense history of abuse and hurt, which is physically visible to the world through her many scars.

Zac is the dealer playing at the first Blackjack table that Ali finds herself at. He also hails from Britain, so they form an instant connection that way. He is taken with the single woman and recognizes a fellow victim. He, too, has suffered at the hands of vicious abusers and connects to her even more that way. He wants to help her out, protecting her from her past and even herself.

As the story unfolds, it is told mainly from Ali's perspective. She isn't sure at first if she should trust this handsome young man, and yet finds herself inexplicably attracted to him. Can we say rebound? She also has a strong suspicion that he is only interested in her because she has all of this money that she is trying to blow. When he asks her out and they start doing stuff, he keeps saying it's fine, as long as she pays. He also swears up and down that he isn't after her for just her money. They can go out on his dime, but it is going to be significantly less exciting and less extravagant that way. And yet, I don't trust him. Neither does Ali's sister Mandy from afar.

I think that Jane realizes that Zac comes across this way, because she intersperses Ali's narrative with quick chapters where Zac is explaining his point of view and how he recognizes Ali as a fellow victim and just wants to help protect her. And as the book progresses and the relationship between Ali and Zac deepens, we hear from him more and more and I start to come around a bit.

The story then shifts to the other side of the pond, and Zac is forced to confront his past. Ali becomes almost an entirely different person, showing all kinds of confidence that she had been lacking when she set out on her trip to Las Vegas some weeks before. There is also a more vulnerable side to Zac that comes out, especially with the twists and turns from his past. In some ways, I have a hard time reconciling the two versions of the couple, and yet a completely different location could easily cause that to happen. And there was more action in the British side of the book that kept me even more engrossed until the end. 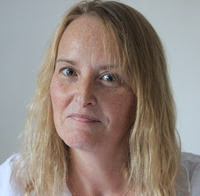 Jane has been shortlisted for several industry and reader awards. She is a Kindle bestselling author and a writer of authentic, passionate, and emotional stories, and she’s a sucker for a love story. “I love the feeling of falling in love and it’s wonderful to be able to do it time and time again in fiction.” She loves writing intense relationships and she is thrilled to be giving her characters life in others’ imaginations.

Jane Lark will be awarding two beaded bookmark sets (US and International) to two randomly drawn winners via rafflecopter during the tour.