Welcome to the book blast tour for The King's Favorite, the latest book in the Daughters of Avalon series by Tanya Anne Crosby. Please enjoy an excerpt from this historical fantasy romance, and then download your own copy! Be sure to visit the rest of the tour for even more excerpts. You'll also have the chance to enter to win a $25 Amazon gift card in the giveaway! Fearing her “gifts” will be used to defeat her sister Matilda, Elspeth escapes the Black Mountain priory that has sheltered them since their father's death, only to find herself indebted to, of all men, a Scotsman, whose loyalties are in question...

Bolting in a direction he would never have led her—into a thick cloud of fog—Merry Bells hurled over a low-lying bush, and even before Malcom could think to ask how she could possibly know such a thing, they stepped outside the curtain of fog, under a bright spring sky. Stunned though he might be, he knew they hadn’t time to waste. The barking grew frenzied as he urged Merry Bells into a full canter.

“Thank you,” she said, and Malcom felt her shiver.

Feeling strangely protective over the lass, he slid an arm about her waist.

By damn, like his Da, he must be a bloody fool for a lady in distress because he knew beyond a shadow of doubt, as they flew over brush and bracken, that he wouldn’t give the girl up, no matter how many Welshmen’s arrows were trained at his back. They could riddle him with holes and he would take his last breath defending her. He wasn’t about to leave her to whatever fate those men intended to deliver. Leaving the barking and chorus of shouts in their wake, Merry Bells swallowed the ground that rose to greet them, and soon enough, the woodlands gave way to moorlands, the Welsh countryside vanished before England. All the prideful words that had been spoken between them were cast aside like dust in their wake. 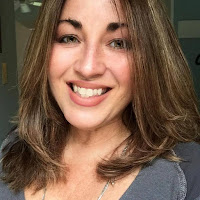 
Tanya Anne Crosby is the New York Times and USA Today bestselling author of thirty novels. She has been featured in magazines, such as People, Romantic Times and Publisher's Weekly, and her books have been translated into eight languages. Her first novel was published in 1992 by Avon Books, where Tanya was hailed as "one of Avon's fastest rising stars." Her fourth book was chosen to launch the company's Avon Romantic Treasure imprint.

Known for stories charged with emotion and humor and filled with flawed characters Tanya is an award-winning author, journalist, and editor, and her novels have garnered reader praise and glowing critical reviews. She and her writer husband split their time between Charleston, SC, where she was raised, and northern Michigan, where the couple make their home.

Tanya will be awarding a $25 Amazon or B/N GC to a randomly drawn winner via rafflecopter during the tour.