Welcome to today's stop! Today Morgan Wylie is sharing her dream cast for her young adult epic fantasy series. Currently four books are available, with the fifth one coming soon. Check out the series and enjoy the giveaway!

Morgan Wylie for
Days of Fantasy for Christmas

The Age of Alandria series is a coming of age story of a heroine as she is awakened to her magical powers and a destiny she never saw coming.

**The Age Of Alandria book series is a YA epic fantasy written by Morgan Wylie. There are currently four books in the series with a fifth and final installment due out in the next year. This is an epic, world building fantasy series in the vein of Lord of the Rings and the Shannara Chronicles on MTV. There are Humans, Faeries, Shifters, Elves and many other magical elements along with many dark creatures and evil antagonists.

A dying realm.
The ancient evil of the Droch-Shúil has been unleashed.
The Orchids have been silenced… but for how long?

Daegan, elite of the Ferrishyn warrior tribe of Faeries, is charged with a mission to find the Sol-lumieth, a mysterious new power that could change the fate of all in the realm of Alandria. But he is conflicted by his purpose, and he cannot trust the motives of those he serves. He has too many questions and they must be answered.

Kaeleigh, a girl abandoned as a small child just outside Missoula, Montana, is now 18. She is trying to discover who she is and where she belongs. In her heart, she feels she has family out there… somewhere. Desperate to unravel the mysteries of her past, she embarks on a journey that will forever change her along with her two best friends, Finn and Chel—who have secrets of their own.

Shadows linger where light is obstructed, and truth is veiled.
Evil is an untreated disease in the once beautiful realm of Alandria.

Kaeleigh is faced with a revelation that she must reconcile. She will decide if discovering the truth is worth the unknown consequences to both herself and her friends.

Daegan, the Ferrishyn warrior, is conflicted by more than his loyalties, and is confronted with emotions he doesn’t know how to deal with. A choice must be made. A choice… that may cost him more than he ever wanted to give.

The Droch-Shúil—enforcers and servants of the ancient darkness—continue to cast their shadow over Alandria seeking those who can be turned to their side.

The magic of The Orchids is growing, but not everyone will survive what is to come.

The darkness in Elnye is growing.
There is screaming in Exhile.

The mysterious woman, known only as “She”, is in a rage. Her pawn, Maleina has made a dangerous move and severed her communications with the dark mistress. Now as dueling dark forces, master and willing initiate, they begin to jockey for power as the stage is set for the coming war.

Kaeleigh and her small band of loyal companions have escaped the dungeons of Elnye and found their way to the secret home of the Ehsmia. After breaking the vicious bond that enslaved Daegan to Maleina’s will, the walls between Kaeleigh and her Ferrishyn warrior begin to fall, as their feelings for each other begin to give way to passion.

The darkness is fractured, but its relentless quest for power goes unabated. A war is coming. However, the power of the Sol-lumieth has finally come together and found its light. A blinding light of freedom, that may be the salvation for all of Alandria.

Kaeleigh, Daegan, Finn, and Ella have just escaped the Forest of Lumei, surviving with the help of the Dryad Priestess, Andreinna. Now, focused on getting to one of the few portals leading to the mortal realm, they continue their journey together through the desolate lands of Alandria. They witness the truth of the land’s fading magic before making it to the portal, and their help is needed in the small town of Kandri where the darkness has infiltrated in mysterious ways.

Pairing up, they set out on three missions: Finn with Ella, seek allies amongst the Twined residents of Tylínyth. Kaeleigh and Daegan search for a map to lead them to the Book of Lenoria in order to reach The Orchids. Meanwhile, Chel and Hal seek allies among the Shifters of Mandü tré Lan with a few surprises of their own.

She—the mistress of darkness who resides in the mountains of Exhile—has tried time and again to free herself from captivity. The Orchids unknowingly provide her a source of energy to accelerate her plan for freedom, but how much more will be required? Her power is growing and She is amassing forces of her own.

The allies are gathering, but will they come together in time?

Will Maleina’s plans for ultimate power in Alandria be her own undoing?

The light of Alandria is fading.
But the fight is far from over, in fact, it is just the beginning. 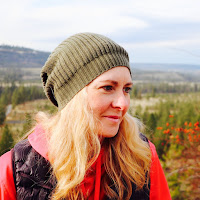 Morgan Wylie is an award-winning and USA Today Bestselling author with several genres published from YA fantasy to adult paranormal romance and other things in between. Morgan published her first novel, Silent Orchids, one year after moving across the country with her family on a journey of new discovery. After an amazing three years in Nashville, TN and the release of two more books, Morgan and her family found their way back to the Northwest where they now reside. Still working everyday with great optimism, Morgan continues to embrace all things: "Mama", wife, teacher, and mediator to the many voices and muses constantly chattering in her head... where it gets pretty loud!