Today I bring to you an excerpt from Kevin R. Doyle's romance, One Helluva Gig. Be sure to check out the rest of the blurb blitz tour for even more. Best of luck entering the giveaway! 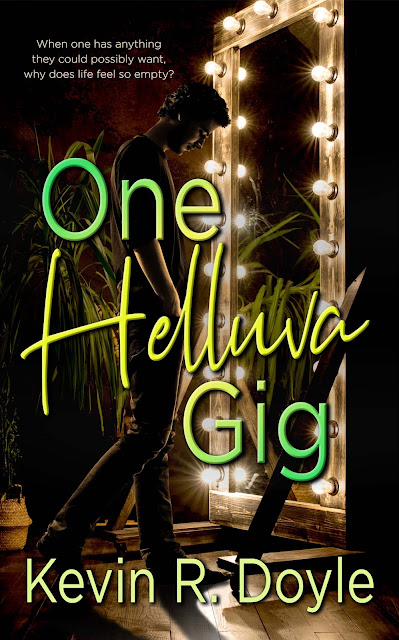 Rob Jeffers has it all: fame, money, and the life of a rock and roll star. Frank Peters is a regular guy, a newspaper reporter who just happens to have a passing acquaintance with the Great Jeffers. As Jeffers's career shoots up, Peters's fortunes follows in his wake.

And when Jeffers passes away at the height of his fame, Peters’s life begins a steady unravelling. Until a chance encounter on a minor story gives him a new outlook on the celebrity lifestyle, and new hope for his own future.

Off to my right, a slight, average-sized guy came running along. He was wearing the pants and vest of a denim leisure suit, a garish, flowered polyester/Hawaiian shirt with the first five buttons opened up and sandals. Skidding to a stop in front of me, he looked about as confused as I felt at the moment.

I looked around at all the people flocking in our direction, listened to the squealing of the collection of cuties on the other side of the door.

“Yeah,” I said, “but good luck getting in. The place is packed.”

“Really? Cool!” He took off his mirrored sunglasses, and for the first time, I saw the eyes that, in years to come, would stare out from a billion or so album covers.

“You think you can show me how to get in? Like there’s a service entrance or something, isn’t there? I’m with the band, and I’m running late.”

I clenched up. One of the oldest con lines in the world is “I’m with the band.” But something in the man’s look told me to take a chance.

“I think I can get you in, but I need something in return.” 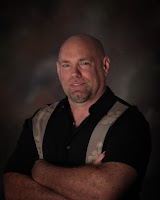 A high-school teacher, former college instructor and fiction writer, Kevin R. Doyle is the author of numerous short horror stories. He’s also written three crime thrillers, The Group, When You Have to Go There, and And the Devil Walks Away and one horror novel, The Litter. Recently, he’s begun working on the Sam Quinton private eye series. The first Quinton book, Squatter’s Rights, was nominated for the 2021 Shamus award as Best First PI Novel. The second book, Heel Turn, was released in March of 2021, while the third in the series, Double Frame, is due out March of 2022.


Kevin R. Doyle will be awarding a $10 Amazon or Barnes and Noble GC to a randomly drawn winner via rafflecopter during the tour.
a Rafflecopter giveaway
Posted by Andi at 2:00 AM
Labels: book excerpt, book promo, book release, giveaway, Goddess Fish, romance