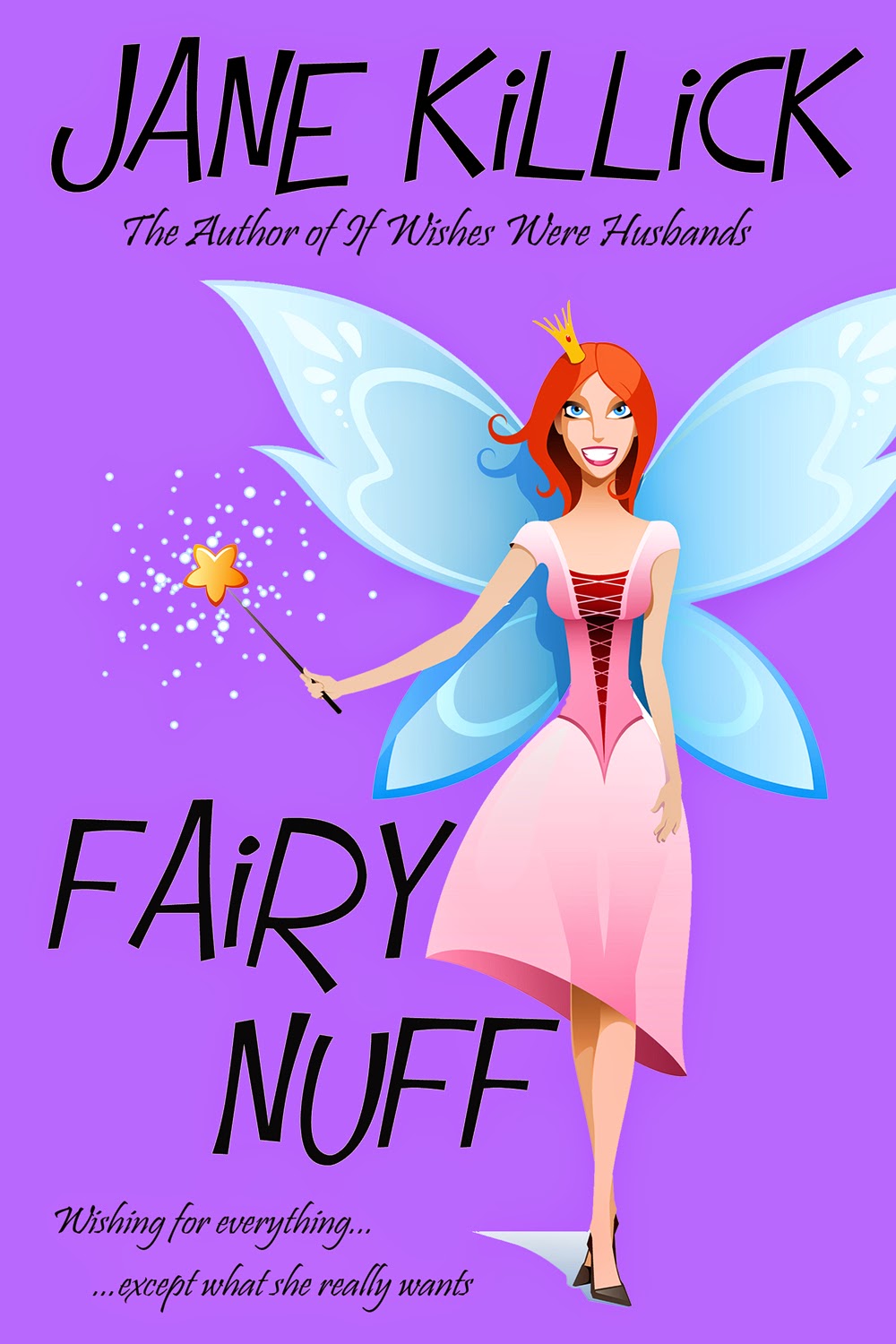 Stuck in a fairy costume with magical powers, Julie “Nuff” Nuffield wishes for anything she wants. But when magic turns mischievous, a dishy doctor literally sweeps her off her feet — with a broom! — and a million pound coins trap her in her house, she must find a way out of the chaos. All while contemplating sleeping with her ex again. Sound unfair for a single woman battling through life? Or is it Fairy Nuff?

A fun story of one woman’s quest for love and search for the right wish to bring her happiness. A light-hearted romantic comedy from the author of If Wishes Were Husbands.

Julie “Nuff” Nuffield is talking to her struggling actress friend, Eileen, when the pantomime cast arrive, including the man who is playing Prince Charming…

I was only half listening to Eileen because most of my attention was focused on his bum. Something inside of me wanted to go up and take hold of both his buttocks and give them a good squeeze.

‘That’s the bit I like about him the best,’ I said, imagining what his beautiful bottom must look like without being covered by trousers.

Eileen gave me a stern look. ‘Forget it, Nuffy. He’s ten years younger than you and he treats women like he treats the daily paper — reads the bits he likes, then throws it away before having a new one delivered.’

‘Still…’ I said. And, as I watched him, talking animatedly with his fellow cast, dominating the conversation with exaggerated gestures and his tall stature, an idea was forming. ‘I wish…’ I said.

‘No!’ said Eileen, holding her hands up like a thief caught red-handed. ‘Don’t say it.’

But I knew what I was doing. This time, it wasn’t a slip of the tongue. This time I really meant it. ‘I wish I could go out with Prince Charming,’ I said.

Eileen stared at me in horror. ‘Nuff! What have you done?’

‘I suddenly thought, I’ve been given a gift. Why not have some fun with it?’

This book is cute! I am trying to imagine what I would do if I was suddenly thrust into being a fairy. Nuff is your classic modern British heroine, who stumbles over her own feet, making an arse out of herself as she makes her way through life. Adding to her hilarious antics are those moments where her wishes are taken quite literally, in an Amelia Bedelia sort of way. You can often guess what is about to happen as soon as the wish comes out of her mouth.

Throw in a bit of romance and dedicated friendship and you have a tremendously fun and quick read to quickly pass a summer afternoon. It could be fun to see what other trouble she can get into with later escapades! 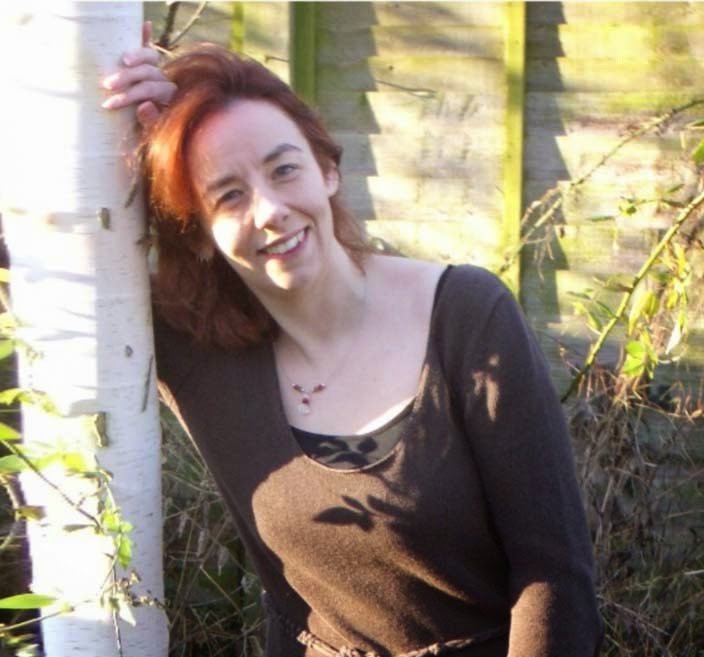 British author Jane Killick lives the single life in Buckinghamshire, England, drawing on her experience to write fun stories about trying to find the right man. Often with a magical twist, as in her novels Fairy Nuff and If Wishes Were Husbands.

She trained as a radio journalist and has worked from many radio stations, from the BBC to commercial companies. Her expertise also lies in science fiction and led to many years writing for science fiction magazines and books about television shows, such as her behind-the-scenes book about Red Dwarf, Stasis Leaked Complete.

Jane will be awarding a paperback copy of her previous novel, If Wishes Were Husbands as well as a complimentary ebook of the same title in pdf, mobi for Kindle, or epub (international) to a randomly drawn winner via rafflecopter during the tour.

a Rafflecopter giveaway
Posted by Andi at 12:03 AM