Read an excerpt from Fred & Mary by Kipjo K. Ewers

I was compensated via Fiverr for sharing this post. I only share those books that I feel may interest my readers. Please note affiliate links may be present. Should you make a purchase through one of these, I may earn a small commission to help support my websites at no additional cost to you.) 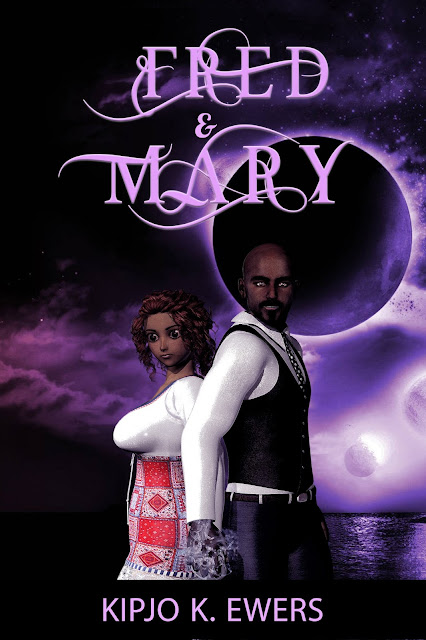 Ever since his wife, Mary, was killed in front of him, Fred has been unable to rest. After trying every conventional way to cope with the loss of his wife and best friend for almost a year, Fred decides to try something new.

He purchases a life size doll to share his bed.

During the night, it provides Fred some comfort and eases the painful loneliness finally allowing him to sleep.

When he awakes, he begins to notice some strange and familiar events taking place within his apartment that leave him terrifyingly unsettled.

From the heart of Kipjo K. Ewers, Author of The First series and Eye of Ra, is a story for all who wish they had one more chance to say goodbye.

Find out if Mary has come back and found a way to communicate with her Fred.

Or, is it something else?

Fully clothed and awake, Fred began to pace his bedroom wondering what to do next. It was a toss-up between going outside, calling the police or a priest.

He wasn’t afraid, but he wasn’t brave either, and the one thing he knew was whatever it was outside was not human, even if it used to be one. There was no way of knowing its intentions toward him.

“Think man, think!” He thought to himself. “Barney …call Barney!”

Before he could take a step to his phone, his ears picked up a sound that would cripple his heart.

Sia’s “Fire Meet Gasoline” softly poured from the surround system and filled the apartment. It made Fred clutch his chest, it was the last song that they danced. Without thinking, he turned on his heel and ran out of the room as his mind took him back to that day.

He was returning from an over four-hour business trip in Los Angeles and had endured the hell that was L.A. traffic and sweltering weather that soaked his clothes until they clung to his body like a miserably wet second skin. He came through the door searching for the relief of an ice-cold shower. The sound of music blaring through the door put him in an even fouler mood as he had to tolerate the constant droning of car horns for about an hour.

Fumbling with his keys, Fred managed to get the door open. Trudging through he prepared to use a voice several octaves over the music to politely ask her to turn it down.

He never found his voice.

It was silenced by the sight of her gliding barefooted across the room in his t-shirt that looked like it was swallowing her. The sunlight just amplified her beauty. Suddenly his clothes didn’t feel that sticky, his headache faded away. Kicking off his shoes he found his rhythm, the little that he had, and made his way over to her. She never broke character as he grabbed her waist and pulled her close to him. Instead, she raised her arms and grasped the back of his neck. With eyes still closed she fell into him matching his rhythm. Finally, she spun around on the tips of her toes wrapping her arms properly around his neck. She nuzzled his nose and pecked his lips into a deep kiss.

“Welcome home.” She serenaded into his ear.

A broken-hearted Fred blinded with tears and drowned by memories of better times managed to find his way to the living room.

She stood waiting for him, with her hands clasped behind her. Wearing the same t-shirt and shorts she had on that day. Muffling his cries, Fred had enough strength for one more step.

He watched as she decided to close the gap. She kept her head down while her long brown curly locks covered her face. Her steps were slow, awkward, and creepy.

She stood before him and extended her finger writing softly on his chest. With each stroke of her finger, he wailed in agony. 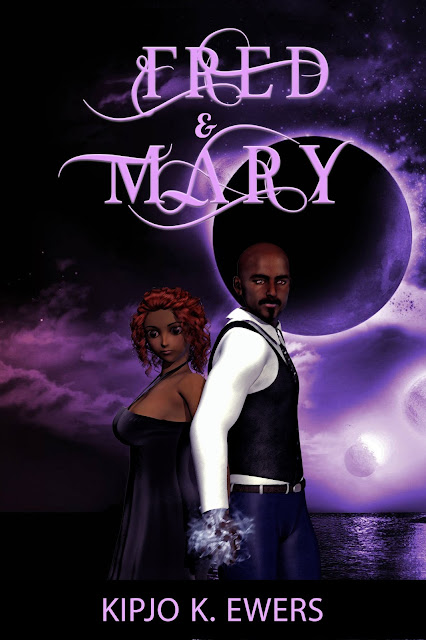 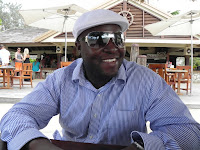 Kipjo K. Ewers was born July 1, 1975. At an early age, he had an active imagination. By the time he started kindergarten he would create fictional stories, one of his favorites was about a character named “Old Man Norris” who hated everyone in the world except for him. When Kipjo attended our Lady of Victory Elementary school in Mount Vernon, NY he continued writing and reading stories to his classmates. His teacher, Mrs. Green, told him the children would laugh. However, she would remind Kipjo that this is how some of the great stories they read actually came about so don't let what others think deter him from continuing to write.