SA Cosby, author of My Darkest Prayer, on Character Creation

Character creation is an art. When the character pops into the author's head, it's like a seed that needs to be grown and nurtured and molded into the final product that you see on the pages. Today, SA Cosby is telling us about the creation of his character Nathan in My Darkest Prayer. There's also an excerpt for you to check out and then a great giveaway to enter. Be sure to follow the tour and also leave comments and questions for the author along the way.


The books that I like the most, that resonate with me have three major components. A strong plot. A great setting. Great characters. Of these things i think Character is first among equals. If you don’t have strong characters then your reader will have no one to whom they can relate. A strong character is less an avatar and more a guide for your readers. In my noir crime novel“MY DARKEST PRAYER” my main character and protagonist is Nathan Waymaker. Nathan is an amalgamation of several different character traits and a few people I’ve met in my life. Nathan is biracial man living in a small southern town called Queen County. He is a former marine and ex-sheriff’s deputy. He quit the force in response to the Sheriff’s dept. Not investigating the death of his parents in a road rage incident. Nathan works for his maternal cousin at the cousin’s funeral home. He moonlights as an unlicensed private investigator.

I intentionally made Nathan biracial because I wanted to make him a metaphor for the complex relationship between blacks and whites in the South. He is a symbol of the ultimate fear of racists and the dream of a society unfettered from racism. Of course that dream is just that. A dream. So Nathan is our guide through a torturous landscape of intolerance and prejudice. I gave him a military background because growing up I knew a lot of men and women in my small town who joined the military not only because of a desire to serve and express their patriotism but also as a way out of our poverty stricken hamlet. The military was a ladder out of perdition. I wanted Nathan to express some of that sentiment but in a respectful and sensitive way so that the reader could see themselves in his shoes when he left Queen County for the Marines. I chose the Marines because a good friend of mine had served for ten years and his stories about the martial mindset inspired a good deal of Nathan’s values. Finally I had him work at a funeral home because my day job is at a funeral home. I wanted to give people a glimpse into an industry that is often misunderstood. All these elements are in Nathan’s DNA. I hope they make him a good character and an interesting hero. 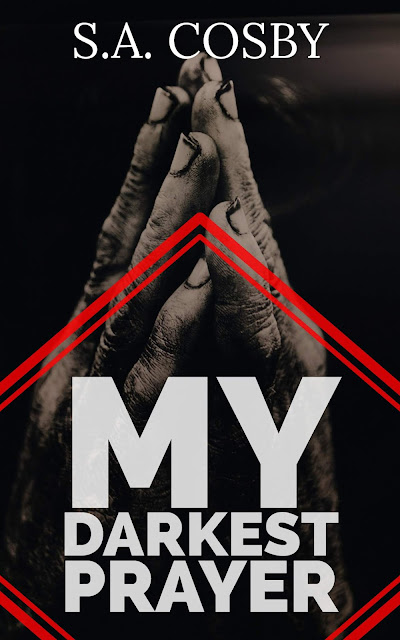 
Whether it's working at his cousin's funeral home or tossing around the local riff raff at his favorite bar, Nathan Waymaker is a man who knows how to handle the bodies. A former Marine and Sheriff's deputy, Nathan has built a reputation in his small Southern town as a man who can help when all other avenues have been exhausted. When a local minister with grandiose ambitions is found dead, Nathan is approached by his parishioners who feel the local police are dragging their feet with the investigation. What starts out as an easy payday soon descends into a maze of mayhem filled with wannabe gangsters, vicious crime lords, porn stars, crooked police officers and a particularly treacherous preacher and his mysterious wife. Nathan must use all his varied skills and some of his wit to navigate the murky waters of small town corruption even as dark secrets of his own threaten to come to the surface.

The Cove had once been a small biker bar with a clientele that ranged from convicted felons to soon to be convicted felons. Two years ago, the owner, Ricky Callipher, and his girlfriend had disappeared. The last time anyone ever saw them was after the bar closed one hot and sticky Friday night in June. They had been observed at the gas station at the corner of Rt.198 and Rt.14. Most people thought they had run out of town ahead of debts. Both legal and otherwise. Word on the street was they had run afoul of some boys who went by the regionally influenced sobriquet of the “Dixie Mafia.” The local grapevine postulated they would show up one day after the heat had died down. I didn’t think so. A week before Ricky and his lady had gone missing I ran into my friend Skunk in town. I knew Skunk sometimes did some freelance work for the Dixie boys. If they had sent Skunk after Ricky, you could probably cancel Ricky’s newspaper subscription.


Available on Amazon
Yes, this is my affiliate link. Should you make a purchase through it, I may earn a few pennies at no additional cost to you. Thanks for helping to support my websites! 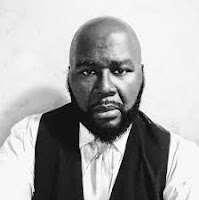 
S.A. Cosby is a writer whose work has been published in numerous magazine and anthologies. His story "Slant-Six" received an honorable mention in Best Mystery Stories of 2016. His life experiences include being a retail manager, a bouncer, a forklift driver, a landscaper, a roadie, a construction worker, a mortuary attendant, and he once wore a cow suit when he worked for Chik Fil-A. He majored in English at Christopher Newport University and now lives in Gloucester, Virginia.

S. A. Cosby will be awarding a $25 Amazon or Barnes and Noble GC to a randomly drawn winner via rafflecopter during the tour.