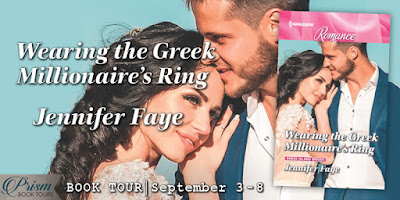 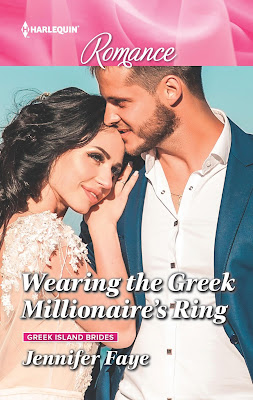 In this Greek Island Brides story, widow Stasia Marinakos is learning to enjoy life again aboard a Mediterranean cruise. Her chemistry with gorgeous Greek tycoon Roberto Carrass is a pleasant surprise—until she’s mistaken for his fiancée! Nevertheless, the guarded bachelor asks Stasia to continue the charade to stop his family from matchmaking. As their attraction grows, their fake romance feels ever more real…but what will happen when the vacation ends?


Goodreads│Amazon│AmazonUK│AmazonCA
B&N│Harlequin│Kobo│iBooks│GooglePlay
Should you make a purchase through my affiliate link, I may earn a few pennies at no additional cost to you. Thank you for supporting my websites!

Roberto was on his way to an open table off to the side when he spotted her again. This time he was certain he knew her. It was Stasia Marinakos. No other woman carried herself quite like she did, with her slender shoulders pulled back, her head held high and a warm smile on her face. How she could smile after all that she’d been through was beyond him. But she hadn’t lost her zest for life. And he applauded her.

At last, their gazes met. Her big brown eyes widened. He waved her over to join him at the empty table. It took her a moment or two to work her way through the crowd of people all eager to enjoy the morning sun.

Was it wrong that he wanted the hug to last a little longer? Of course it was. Stasia was his best friend’s younger sister. And if that wasn’t enough to discourage any interest, she was a grieving widow. Enough said.

He moved to pull out a chair for her. Once again, her eyes widened with surprise. Was getting her chair for her that unexpected? He mused over this as he returned to his own chair. He supposed that in all of the occasions that they’d spent time together over the years, he hadn’t actually spent one-on-one time with her before. There had always been a group of people with them.

She frowned at him. “You don’t have to act surprised to see me.”

“But I am surprised.”

She studied him for a moment. “My brother didn’t set this up?” She motioned between them. “Being on the same cruise so you can babysit me?”

“Oh.” She still looked perplexed. “He surprised me with the ticket. He said it was my birthday gift.”

“We’ll have to do something special.”

“You mean more special than taking an extended cruise?” Her eyes twinkled with amusement.

“Maybe not. But we’ll have to mark the occasion.” And then he realized she might not be on the ship alone. After all, she’d been a widow for...what was it? Two years. Maybe she was moving on. “Are you sailing alone?”

“I am. How about you? Are you here with someone?”

He wondered if she’d noticed that the passenger list had an overwhelming number of young, beautiful women who appeared to be alone. “I’m not here with anyone. Not exactly.”

Stasia arched a brow. “You came on this cruise alone?”

Roberto nodded and surprise flickered in her eyes.

Xander had warned him that he was getting a reputation of always having a beautiful woman on his arm. He’d thought Xander was just having some fun at his expense. Maybe Xander had been serious after all. 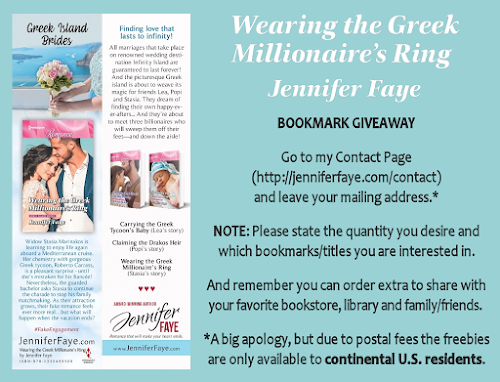 Go to Jennifer's Contact Page HERE and order your bookmark(s)!

Finding love that lasts to infinity!

All marriages that take place on renowned wedding destination Infinity Island are guaranteed to last forever!

And the picturesque Greek island is about to weave its magic for friends Lea, Popi and Stasia. They dream of finding their own happy-ever-afters... And they’re about to meet three billionaires who will sweep them off their feet—and down the aisle! 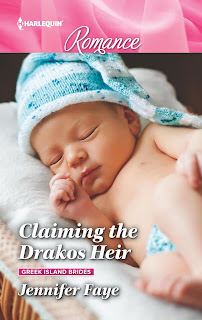 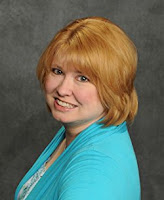 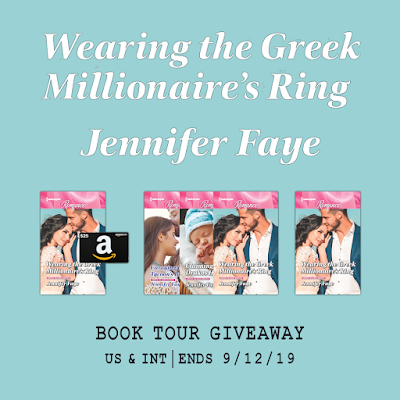