Soundtrack for As Good As Can Be by William A. Glass

Music can often amplify the ambiance of a novel. In As Good As Can Be, William A. Glass takes us back in time and shares some classic hits that best describe various scenes and storylines in his new novel. Let him know what you think! Please also enjoy an excerpt and then follow the tour for even more fun. Best of luck entering the giveaway!

Dave Knight is a wayward child growing up in a military family during the 1950s. His older sister wants to kill him but settles for regularly beating him up. Other siblings join in the mayhem while their alcoholic father contributes to the chaos with his unique approach to parenting.

As the Knight family moves from one army base to the next, Dave develops a give-a-damn attitude that often leads to trouble. In high school, he joins other delinquents in a series of escapades, some dangerous, others funny, and a few that would be worthy of jail time should they ever be caught.

After barely graduating, Dave is drafted into the army and sent to guard a nuclear weapons depot in Korea. There, he gets into trouble with his sergeant and tries to avoid dishonorable discharge.
Read an excerpt:

Upstairs all is pandemonium. Dan is furiously pounding on the bathroom door while inside Marie stares into the mirror applying eyeliner. She’s in the seventh grade now and has discovered that boys aren’t just for beating up. Meanwhile, Dave’s in the basement ironing a shirt. He gives it a couple finishing touches then slips it on while running up the stairs.

“Have you seen my book bag?” Melissa asks.

“Isn’t that it next to the door?” Dave replies.

The bus pulls up in front of the house, and Melissa grabs the book bag. Knight hands her a bacon-and-egg sandwich as she goes out. “Tell the driver to wait,” he asks. Then one by one the other Knight children rush out while the driver insistently honks his horn. Finally, Marie comes downstairs, gets her sandwich, and strolls down the front walk, arms full of accoutrements. As she climbs aboard, the enlisted men’s dependents in back sarcastically applaud. Marie ignores them, and once seated she uses a can of hairspray to laminate her teased tresses. She pays no heed to mounting protests from others on the bus who object to being gassed this early in the morning.

A Soundtrack for AS GOOD AS CAN BE
Guest Post by William A. Glass

I’m sitting on the front porch of my house in rural South Carolina, enjoying the semi-tropical weather. In the background, Bruce Springsteen’s new album is playing. It’s a great reminder of the vital role music plays in my novel As Good As Can Be.

As Good As Can Be is a coming of age tale about Dave Knight. He’s named after his father, an alcoholic army officer. After downing a few rum and Cokes, Colonel Knight likes to belt out tunes for the appreciative audiences he finds in officer’s clubs on far-flung military bases. He’s also not shy about entertaining his family during road trips in their Plymouth station wagon.

Dave grows up listening to his father’s repertoire consisting of Irish drinking songs like “MacNamara’s Band,” old standards including “The Man on the Flying Trapeze,” and the Colonel’s favorite music hall number “Abdul The Bulbul Ameer.”

When he’s behind the wheel of the Plymouth, Knight often has a brown paper bag tucked between his knees. Inside the sack is a spiked Coke. Once his five children are put to sleep in the back, Knight and his wife, Bobbie, look for nostalgic music on the radio. Their favorite tune is “A String Of Pearls.”

While still in grammar school, Dave hears “Heartbreak Hotel” on the radio. It’s a radical departure from any music he’s heard before and Dave is smitten. His father hates it and that makes it even better!

During the early sixties, hard-edged rock gives way to insipid harmonies on the radio. So, Dave and his high school friends get guitars and try to emulate rousing folk tunes like “Greenback Dollar.” Mercifully the folk phase is short-lived. Soon a rock and roll revival is underway led by cross-over acts from the world of soul music.

Dave’s living on an army base outside Augusta, Georgia and in his junior year of high school, when James Brown comes to town promoting his hit, “I Got You.” It’s Dave’s first concert and he’s blown away.

When Colonel Knight gets transferred to the Pentagon, his family moves to Northern Virginia. Dave graduates from high school into the mid-sixties hippie scene. He hears Janis Joplin sing “Ball and Chain” at the Alexandria Roller Rink and the Who perform “My Generation” in Constitution Hall.

The good times come to an end when Dave is drafted and sent to Korea, now a backwater of the Vietnam War. There, Dave follows in his father’s footsteps, becoming a popular vocalist for the house band at his unit’s NCO club. Any song having to do with going home is a hit, and Dave’s happy to oblige with tunes like, “We Gotta Get Out Of This Place.”

If As Good As Can Be ever gets made into a movie, the songs mentioned in this post would make a great soundtrack. In the meantime, please look them up on YouTube and crank up the volume! 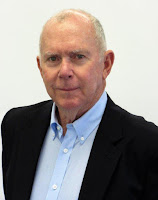 Bill is a retired business executive now living in South Carolina with his wife, Bettina. She teaches high school German while Bill coaches soccer at a small college. Their three sons, Alex, Robert, and Gordon, have all graduated from college and moved away to pursue careers.

For recreation, Bettina and Bill enjoy hiking and camping out. Usually, they take their dog, Scout, along. When the weather permits, Bill commutes to work on his motorcycle.

https://www.goodreads.com/author/show/20170818.William_A_Glass
William A. Glass will be awarding a $25 Amazon or Barnes and Noble GC to a randomly drawn winner via rafflecopter during the tour.
a Rafflecopter giveaway
Posted by Andi at 3:30 AM