Ina Carter, author of Crimson Snow, on her journey to becoming a writer

Welcome to the blog tour for Crimson Snow by Ina Carter! Today you're going to get a sneak peek inside the book with an excerpt. And then she tells us more about her journey to becoming a writer. That always helps to give you insight into a person's book. Be sure to leave her questions and comments as you follow the tour. And best of luck entering the giveaway!

The Greeks had seven words for LOVE. I felt all of them for ONE MAN…

My name is Lauren, and I was a stolen baby.

They found me in a trailer park in rural Texas when I was eight years old. My childhood wasn’t perfect, but then I had Kevin. He was my everything…

When they returned me to my biological parents, we were torn apart.

My new family desperately tried to fix me, make me forget him… My father kept me on a short leash and controlled every aspect of my life. The one thought keeping me afloat was to find Kevin, but he vanished without a trace.

I searched for him for twelve years, but the man I found was not the boy I lost. He is a college baseball star, tattooed, moody, and dark… And he hates me.

Can Kevin help me defeat my demons, or does he have too many of his own?
Read an excerpt:

I was taken to another room with a big table and many chairs. A woman came in, sat across from me, and started telling me things about how Mamma was not my real mom and neither was Daddy. She said Mamma told Stacy she stole me when I was a baby from some hospital in the California State. I knew those were lies, and I told her Stacy is a liar. All I could think of was Kevin, not about Mamma and Daddy. She was trying to tell me he was not my brother, either. When I heard that I had to go with her and stay for a while with some nice people, I started crying.

“Is Kevin coming too?” I sobbed.

“No, sweetheart. He would have to stay in another place.”

I tried to run away from the room. All I wanted was to get back to my brother. The officer must have been guarding the room from the outside because he grabbed me before I could get away from him.

At the same time, I saw another man taking Kevin out of the doctor’s room. My brother looked at me, and I would never forget his eyes. Desperate, fearful, broken. His whole face was distorted by the pain. It was radiating from his whole being.

I kicked and screamed. Called Kevin’s name. I bit the hand that was holding me prisoner. Kevin was also pulling away, trying to kick the policeman keeping him captive.

I don’t know why, but they let us go. We ran to meet in the middle of the corridor and collapsed down to our knees, wrapping our arms around each other. And we cried.

“You are my sister, Jules. My friend. My… everything,” Kevin sobbed, and his words were echoing my exact thoughts.

“Please, Kevin! Don’t let them take you away from me! Please!” I begged him.

But they were already pulling him from my arms, breaking our souls, ripping away from me the one person I loved the most in this world.

“I’ll find you, Jules! I’ll come for you!” Those were the last words he said to me…

Available on Amazon
$0.99 sale through 12/2
My journey to becoming a writer

The first vivid memory of me wanting to be a writer was in fifth grade when our teacher gave us an assignment to write a story about our summer break. My summer was pretty boring, so I decided to embellish a little and use my sarcastic sense of humor to make the mundane vacation seem more exciting. When the teacher gave us back our papers, he called me in front of the class and asked me to read mine out loud. By the end of my essay, all my classmates were falling off their chairs, laughing, and I realized that I have a knack for writing comedy.

A year later, that same teacher took away my notebook when he caught me writing poetry during class and not paying attention. Without telling me, he submitted one of my poems to a literary magazine featuring young writers and shocked me when he gave me a copy of the periodical, with my first published work. The magazine offered me a mentorship with a local bestselling author, but sadly it never came to fruition. I was so proud when I went home and showed the magazine to my mom, only to get my dreams crushed. My parents were extremely conservative and were not happy that I wrote love poetry at age eleven.

For years I kept writing in secret, poetry, short stories, and ideas for novels. Twenty years later, after I graduated from college and moved an ocean away from home, I rediscovered my passion for writing. My mom was diagnosed with breast cancer, and during one of our conversations, she told me one of her biggest regrets was not letting me follow my dream. She told me she always believed I had a talent and encouraged me to try writing again. After she passed away and I went back home for her funeral on her nightstand, I found all of my old notebooks, the magazine with my poem, and even my school essays she collected over the years. My dad told me she read them every night before bed until her last day.

When I got back home, I opened my computer, and after twenty years, I wrote the first chapter of a book that came straight from my soul. I don’t think I’ll ever publish it because it’s too personal and cathartic, as I expelled a lot of my personal struggles and paid respect to my mother’s last wish.

As an author, I am not writing in one particular genre because all my stories are inspired by different events throughout my life.

I write comedies usually when I go through a hurdle because humor helps me cope.

The more emotional romance novels like Crimson Snow come from introspection about the human soul and my core belief that love can heal us from any trauma.

I also write paranormal romance, and my next upcoming series is called “The Sodalis Prince.” I was born a few hundred miles from Count Dracula’s castle, and the legends of vampires and other supernatural creatures were part of my childhood. My grandmother used to tell me chillingly realistic stories, true folklore told around the fires at night, which fueled my imagination and inspired me to write about that fantasy world.

I lived on two continents and met many interesting people who inspired many of my characters. This year I finally got the courage to publish my first two novels and embark on this journey to share with readers the stories that stayed dormant in my heart for twenty long years but kept pushing to be told. 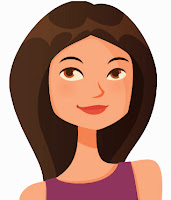 Ina Carter has always been an avid reader. She discovered her love for writing at an early age when her first poem was published in a literary magazine at age twelve. As a lifetime collector of inspirational stories, Ina believes that love is the most powerful force in the Universe. She writes in multiple genres – romantic comedies, contemporary and paranormal. Ina lives in Southern California with her husband, two kids, and one very temperamental cat. You can find more about Ina and future book releases at www.InaCarter.com.

Ina Carter will be awarding a $50 Amazon/BN GC to a randomly drawn winner via rafflecopter during the tour.
a Rafflecopter giveaway
Posted by Andi at 3:30 AM
Labels: book excerpt, book promo, contemporary romance, giveaway, Goddess Fish, guest post