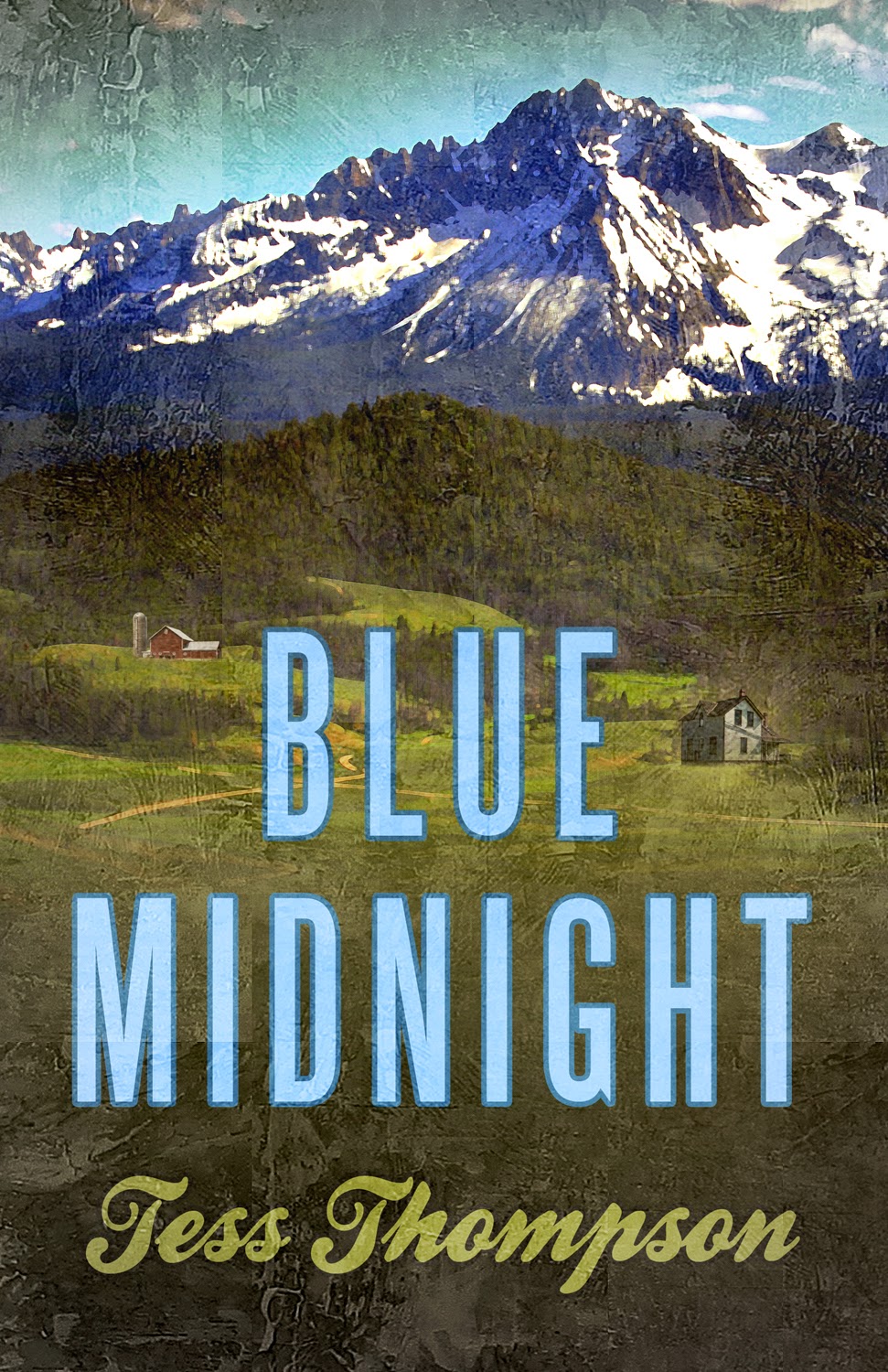 “If you change your mind, here’s this.” Finn Lanigan kissed a young Blythe Heywood one last time under a star-scattered Idaho sky. It was the last kiss that ever weakened her knees, the last sky she noticed for over a dozen years. Then she left, returning to her fiancé, the wedding she’d committed to, and the secure life she’d yearned for since she was a little girl.

Thirteen years later, her husband leaves Blythe for his young associate. Devastated, she’s unable to imagine the next chapter of her life as she packs her family’s belongings to move across town. Unexpectedly, she finds the forgotten slip of paper bearing Finn’s phone number in the back of a drawer.

Hadn’t she tossed it years before as a newlywed, when she vowed to be the perfect wife and mother? Apparently not. Here it remained. Her road not taken.

Facing three weeks without her young daughters, Blythe sets out to find the man she left behind so long ago. With only the name of the small town where he once lived, Peregrine, Idaho, and the memory of their last kiss under a starry sky, she heads across the Pacific Northwest in search of him.

What she finds in the foothills of Blue Mountain challenges everything she thought she knew and is the very last thing she expected. Within days, her life changes forever. But it is her destiny and destinies cannot be denied.

The first book of the Blue Mountain Collection, laced with Thompson’s lovable but complex characters, “Blue Midnight” is a mature love story about second chances, family, and the complexities of trust and vulnerability after betrayal.

Around noon two days later, sixty miles west of my destination, I stopped at a roadside rest area. After I used the facilities and washed my hands, I bought a diet soda from the machine and walked across the grass, past picnic tables with families having a snack, and a man with a dog on a leash. Several boys, around my daughters’ ages, tossed a football back and forth. At the edge of the manicured grass, I stopped, sipping my soda. I peered at the mountains surrounding the park, its grasses yellow under a cloudless blue sky. Suddenly, I shivered, despite the warmth of the afternoon. It felt like someone watched me. I looked around but no one paid any attention to me. I must be losing my mind with all this alone time.

Shrugging, I returned my gaze to the view. The Idaho terrain was rugged and wild, the arid air easy to breathe. A dragonfly buzzed by me and landed on a tuft of grass. Sparrows and jays darted from tree to tree, calling to one another. A lizard scampered up a fir trunk, his tail twitching. I stretched, looking up to the sky, which was a bit of luck. If I hadn’t, I might not have seen him. A hawk, I thought at first, until from behind me I heard a gravelly voice say, “Peregrine falcon you see there.” Startled, I jumped and turned. The voice belonged to an older man. Tall and slim, dressed in a black suit and red tie, he fiddled with a set of binoculars around his neck. When he saw me looking at him, he pointed upward. I followed his finger back to the majestic bird.

“Peregrine? Like the name of the town?” Why did this man wear a black suit in the middle of the summer, I wondered?

“Yep. We’re fond of the peregrine here in Idaho.” I guessed the man to be around eighty. Thick white hair, trimmed neatly, shone in the sun. His dark blue eyes seemed fierce and focused.

He put the binoculars up to his eyes. “It’s at the foot of Blue Mountain but you won’t find much there. Nothing but a one stoplight kind of town, if that.”

He pointed to the sky and the falcon. “Keep watching. He’s hunting, I ‘spect.”

The peregrine soared above us, not directly but close enough that if I had my camera I could capture him. I instinctively reached for it, as if it were around my neck. Startled, I put my hands in my pockets. I couldn’t remember the last time I reached for my camera. Just then the peregrine dipped, almost like a kite dips suddenly in the wind at the beach, and captured a sparrow in its beak and then swooped high once more. “Did he catch that bird midair?” I heard myself ask.

“Yep, that’s what they do. Sharp eyesight. They can see things we can’t. A photographer like you might capture it with your fancy camera but my old eyes are too weak to see the prey, only the hunter.”

“What did you say?” I asked, sharply, peering at him now instead of the activity above us. “How did you know I was a photographer?”

He shrugged his shoulders. “Well, aren’t you?”

“No such thing as used to be. It’s always in there someplace. Now go get your equipment before he disappears.”

For some reason I can’t explain, I did what he told me. I jogged to the car and grabbed my new camera. I sprinted back across the lawn. The man squinted into the sunlight, watching the bird.

“His wings are enormous.” I slipped the lens cap into my shorts.

“Probably a four-foot wingspan, but his body’s the size of a crow. They were almost wiped out completely, you know. DDT and other pesticides were killing him but he’s back now, stronger than ever. They prefer wide, open spaces but they travel long distances. Peregrine means wanderer,” he said. “Like you.”

“Oh no, I’m not a wanderer. I never go anywhere.” I wanted to tell him why I traveled alone now, explain to him that I was a mother even though my children were not with me. I felt their absence at that moment, keenly, a piercing pain that penetrated the dull ache I’d carried since their departure. Suddenly, I wanted them to see the peregrine more than anything. They should be close enough that I could smell their hair as we tilted our heads back to see the majestic bird and its steep, swift dives. Clementine should be glued to my side; the bird would scare her in that way children are frightened and thrilled at the same time and she would press her small body against my leg. But my family was no longer intact. There would be no more road trips with the four of us. I blinked back tears and saw the three of them standing in the sunshine like ghosts—there but not there. Then, the image disappeared. I swallowed the lump in my throat.

I glanced at the man; he peered at me with his head to one side. “Wandering’s a state of mind. People prone to thinking of where they should be instead of where they are.”

Irritation stirred in my stomach. I averted my eyes. This person didn’t know me. He knew nothing of my situation, and his assertion was presumptuous and pretentious, one of these people who thought they knew things from some kind of transcendent instinct. I had no use for such people.

“They mate for life,” he said. “Don’t know why but that’s always fascinated me.”

The peregrine soared above us once more, but it looked like without his latest capture. Had he already deposited it with his family? Focusing with my zoom lens and using a fast shutter speed, I caught him as he dipped down, closer and closer and snagged an unsuspecting, small brown bird in his claws. I snapped many times in rapid succession, delighted by the speed of this new camera, as his enormous wings carried him high above. Then he was gone. I turned to say something to the man. But the space he’d filled was empty. I searched the entire rest stop area with my eyes. But he was nowhere to be seen. I shivered.

Tess Thompson is one of my current favorite indie authors. She has a knack for creating intricate tales of romance with a dash of mystery that keep you engaged throughout the entire read. Her vivid descriptions of the characters and settings make you feel as if you are right there along with them. In fact, while reading this book, which is told in first-person from Blythe's point-of-view, I truly felt like she and I were one. I saw what she saw. I heard what she heard. I felt what she felt.

Blythe is rebuilding her life, following her divorce from her cheating ex-husband. She wants to do what is right for her girls, as well as finally do for herself. Along her journey, she stumbles upon things she never dreamed, which I feel helped to further shape her character and add to that inner strength she never realized she had.

The quirky characters fit in well with any small town, or larger city for that matter. I thoroughly enjoyed the banter between Blythe and her sister, Bliss. Moonstone, the clairvoyant innkeeper is insightful and interesting. And then, of course, there are the dear eccentric mothers. Listening to descriptions of them put a smile on my face.

Another aspect of Tess Thompson's writing that I adore is the wisdom shared by the various characters. You will find yourself highlighting these little nuggets that are so naturally sprinkled throughout the book. Mini life lessons in the middle of fiction. I also always feel like everything happens for a reason. Yes, this is a carefully crafted piece of fiction. But it is such a real story that it makes you believe in fate all over again.

I let this book wash over me, just like her other books, enjoying it on a summer afternoon. I am so excited that there is a new series and can't wait to read more of it! 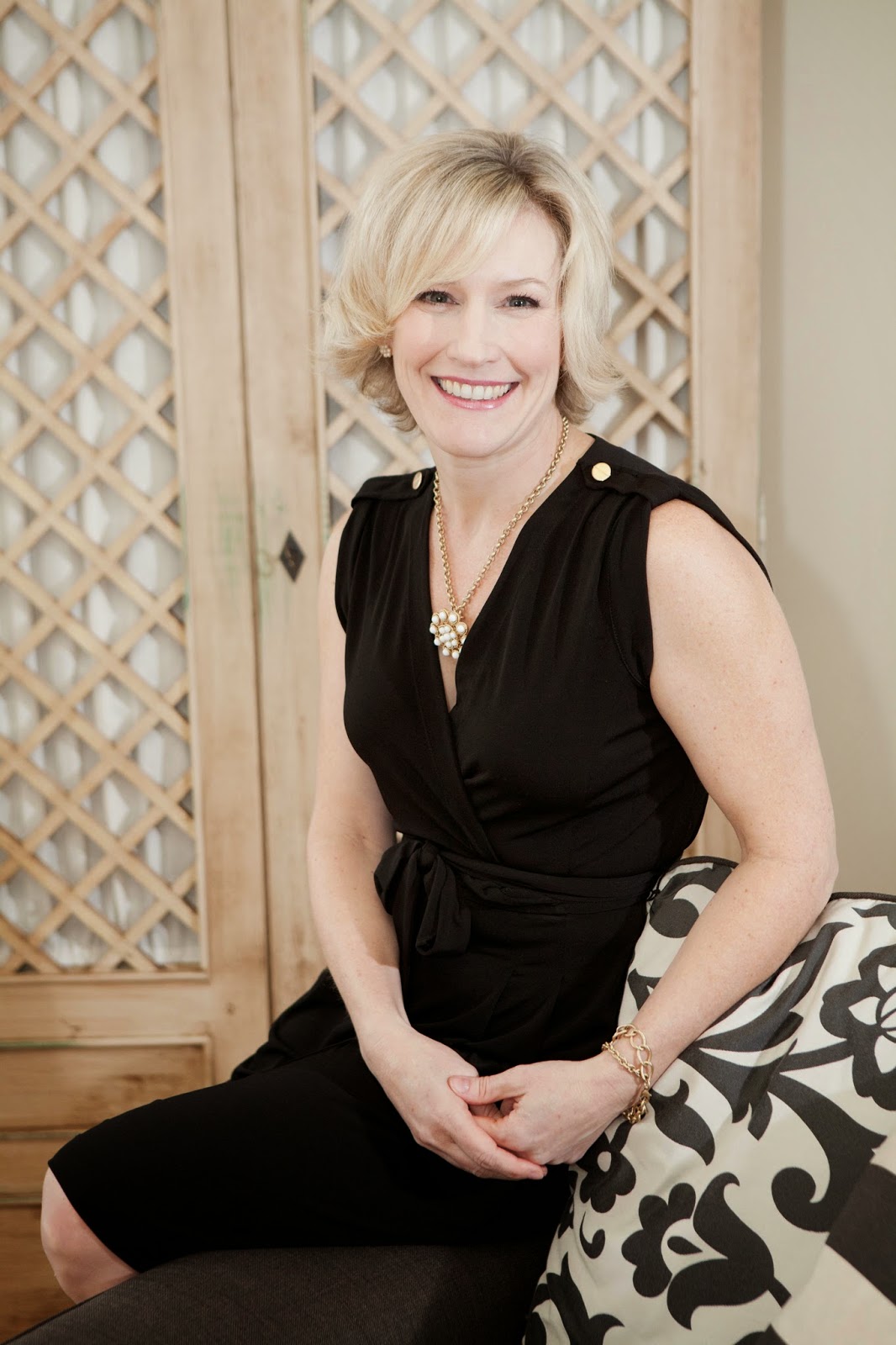 Tess Thompson is a novelist and playwright with a BFA in Drama from the University of Southern California. In 2011 she released her first novel, Riversong, which subsequently became a best seller.

Like her main character in the Legley Bay collection, Tess is from a small town in Oregon. She currently lives in a suburb of Seattle, Washington with her two young daughters, Emerson and Ella, and their puppy Patches. She is inspired daily by the view of the Cascade Mountains from her home office window.

Tess is working on her next novel and regularly blogs about her journey as a mother, author and friend at www.tesswrites.com.


The author will award a digital copy of the Legley Bay Collection to two randomly drawn winners via Rafflecopter. Follow the tour for more chances to win!

a Rafflecopter giveaway
Posted by Andi at 3:58 PM