Teri Riggs, author of 'The Eyes Die Last,' share her insights on research for your novel

Most authors will have to do a bit of research for their books, whether they want to or not. I write fiction only, but my readers still want the facts straight. I know there are readers who know all about weapons. A beta reader informed me once it wasn’t possible to fire a weapon the way I’d described in one scene. I went back into research mode, found what I needed, and made the changes.

One beta reader wanted to know how a heroine could have the injuries I described, but turn around a few days later and have wild monkey sex. Another change I made after more research on the injuries my heroine suffered. Do the research up front and you’ll have less embarrassing critiques from test readers.

I’ve written a historical romance and the post-civil war history fascinated me. I’m pretty sure I spent as much time reading about the time period as I spent writing the book. I think my research has made me much smarter. I know more things about random subjects than I did before I began writing. I can actually answer trivia questions every now and then.

Through my exploration of the drug trade, I learned exactly how brave the DEA, FBI, ATF, and other alphabet agencies operatives are. They risk their lives every day in an effort to stamp out the illegal drug industry. I have a new respect for them.

My biggest shock while researching? I was googling everything I could find on the prostitution business in Las Vegas. The next thing I knew, my inbox became flooded with porno sites and offers. Imagine the look on my hubby’s face when I asked him how I could keep the stuff from landing in my inbox. He brought his IT guy from his office over and had him install better anti-virus security. Did I mention the IT guy and his wife were good friends of ours or that both of their fathers were preachers? I’m sure he loved seeing the results of my research plastered all over my email.

In spite of the embarrassment, I still do the research no matter what the subject. I’m sure I’m on the NSA’s watch list somewhere. I’ve explored ways to kill people, special ops protocols, and even ways to breach the No-Fly zone in D.C. 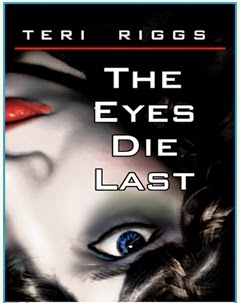 The Las Vegas Mayoral race is heating up, and the incumbent doesn’t have a prayer. Wealthy real estate speculator Nick Campenelli, who wants to legalize prostitution in Clark County, and former pastor Louis St. Louis, running on a 'clean-up-Vegas-by-getting-rid-of-the-whores' platform, are the front runners.

They’re also front runners on the suspect list for a string of murders. Kennedy O’Brien, four-year detective with cop blood running in her veins, and her partner Wilder “Wild Thing” James, a veteran, are determined to find the man who’s murdering prostitutes who work the wrong side of the street, and they don’t care how important or politically active he is.

The killer is a man with a mission. He stalks the women before he kills them, leaving a “BEFORE” photo on their bodies, and sending an “AFTER” shot to the local news hound. Ed Hershey, an aging newscaster with just the right amount of grey in his hair, is determined to turn this story into a network gig, and his interference, along with the LVTVS legal team, are making Kennedy and Wilder look bad. Campenelli’s good looks and charm, and St. Louis’ vitriolic hatred of prostitutes are muddying the waters too, and now the killer seems to have taken a liking to Kennedy.

So the big question remains. Can she get him before he gets her?


Nick, leaning against a marble pillar with his arms crossed, observed the detective as she took in the view. He tried to figure out what was going on in that beautiful head of hers.

She was stunning. Her hair, a rich sable color, fell just below her shoulders. Long, dark lashes surrounded rare blue-violet eyes. Her lips were full and softly sculpted. She was tall and lithe, and when she moved, he got a glimpse of the soft, womanly curves hidden beneath her jacket. She wrapped her arms around her waist.

Was that a little shiver?

She tilted her head back and took a deep breath, and then let it out with a long sigh.

“Are you chilled, Detective? I can get you a wrap.”

She turned and snarled. “I just lost my balance for a second. You shouldn’t sneak up on a person like that. You’re lucky I didn’t shoot you.” She didn’t give him a chance to respond. “Why in the hell would anyone want an office way up here anyway?”

He found the slight Irish cadence that had slipped into her voice, very, very sexy. “For the view of course. I’ve caught you admiring it. Or was the sigh for me?”

“Don’t flatter yourself, Slick. Not that it’s any of your business, but that was an attempt to keep my morning coffee down. The ride up could make a bird nauseous.”

“Not fond of heights, I take it. Too bad. Being at the top gives a person a much clearer picture of everything.” He stepped forward and stood side by side, shoulder to shoulder with her, enjoying the view himself. “Can you honestly deny how great the view is from here?”

“Being this high up makes my heart pound and knees weak. I feel so woozy I could hurl. But strangely enough, I can’t help but look.” Her voice softened. “It’s a really spectacular view.”

Nick could tell the minute Kennedy realized what she’d said. She turned to face him, looking totally mortified. Her eyes narrowed and her body stiffened.

“I’m glad you enjoy it, Detective. Give yourself a few minutes and the weak knees and the urge to hurl, as you so delicately put it, will go away. Then you can relax and enjoy the panorama.”

“Sorry, I don’t have the time to stand around getting off on scenery. And I sure as hell don’t have time to worry about whether or not I speak delicately. I have a few more questions I need you to answer.” Her voice had regained its hard edge.

“No problem, Detective. Let’s move over to my desk, or the couch. Whichever you’d feel more comfortable at.”

“Your desk will be fine. This shouldn’t take long, Mr. Campenelli.”

“Please, call me Nick.” He led her over to his desk and offered her a chair across from his own.

“I’m not here to make nice, Mr. Campenelli. I’d like for you to tell me about the photos of prostitutes you have plastered on the break room wall at your campaign headquarters. Can you explain what that’s all about?”

He felt the beginnings of anger snake up his spine, then take root at the base of his skull. “I see you’ve been talking to Ed Hershey. He asked me the same question and I told him to go to hell as it was none of his business. I assume since you’re wearing that nice shiny badge, I wouldn’t get away with giving you the same explanation.”

Teri Riggs was destined to be a writer. As a small girl she didn’t read bedtime stories, she made up her own. Who needed Little Red Riding Hood or The Three Little Pigs when there were so many great tales bouncing around in her head? When she grew up and became a mother to three little girls, she continued the tradition of making up bedtime stories. On the occasions she chose to tell conventional fairytales, Teri usually gave them a bit of tweaking here and there or added a new ending. Her girls loved it.

After her daughters had the nerve to actually grow up and leave home, Teri discovered she had a passion for writing and jumped right in. It came as no surprise she chose to write mysteries and happily-ever-after’s since that’s the genres she loves to read.

Teri lives in Marietta, Georgia with her husband, one of her daughters and two dogs that seem to think they rule the world. And some days Teri thinks maybe they do.

Teri still frequently tells herself stories as she falls asleep. The only difference now is she wakes up the next morning and turns her bedtime stories into books.