'The Corcovado Conspiracy' by Jack Carey 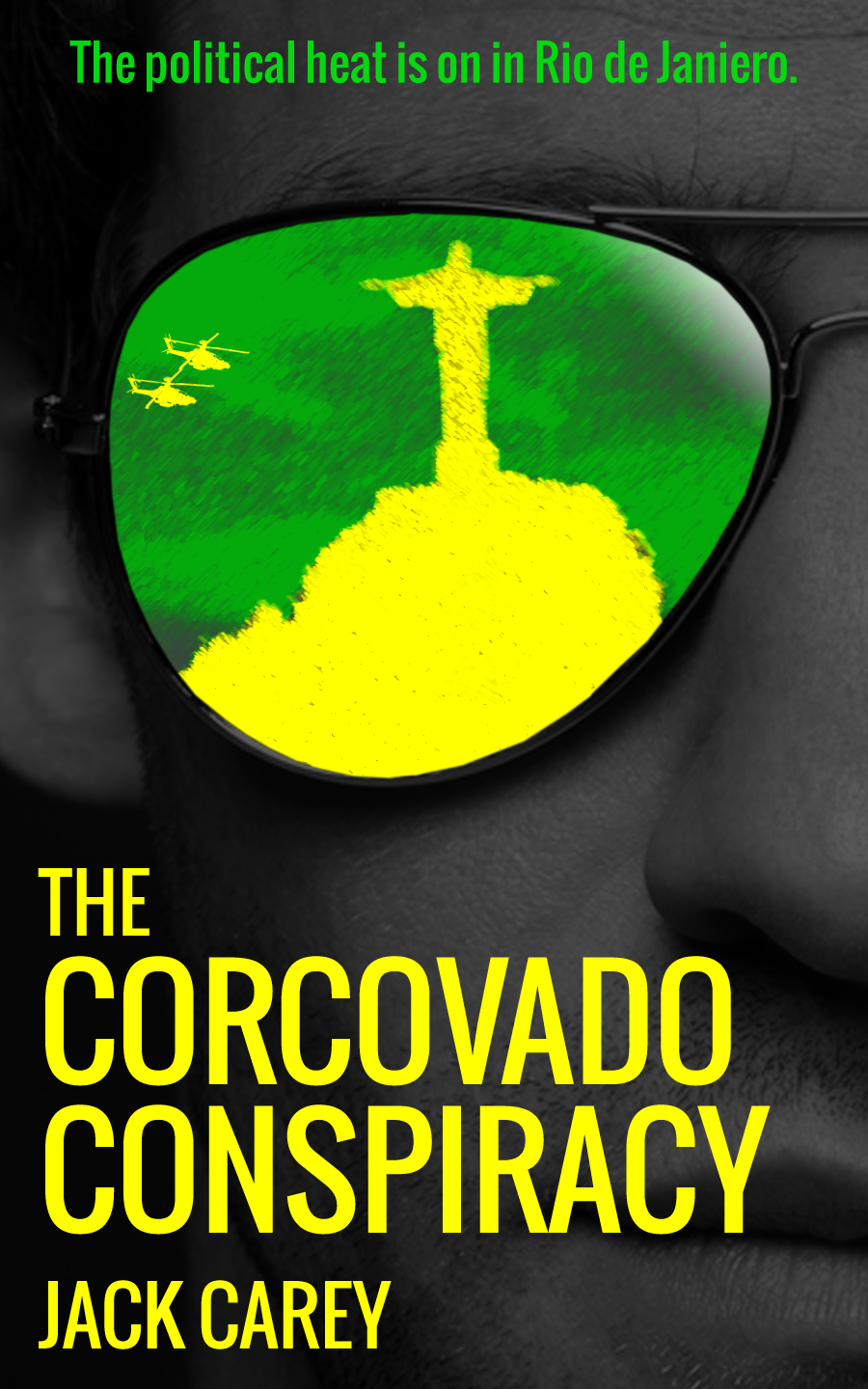 After five years of living in exile in Rio de Janeiro, things are beginning to look up for British businessman and reformed criminal, John Angell. He is anxiously awaiting the arrival of his daughter Katy, who is flying in for an overdue reunion.

In another part of the city, The President of Brazil, Rosa Vargas, is suspicious of a covert plot to seize power of her country and nervously awaits confirmation from her stepson returning from England with a list of the conspirators names.

John and Rosa’s paths violently intersect when their worlds are torn apart by a terrible act of violence. Rosa is desperate to protect Brazil’s vulnerable citizens and its fragile democracy from a hostile takeover and enlists John’s help in uncovering the conspiracy. Seeking revenge he accepts and an international investigation begins that pits John and Rosa against a corrupt business tycoon who has everything to gain and nothing to lose.

This action-packed political thriller reaches a cataclysmic end at Rio’s giant statue of Christ the Redeemer on Corcovado Mountain, where not only John and Rosa’s lives hang in the balance, but the fate of all Brazil.

Jack Carey is the pseudonym of Robert Williams, a former Professor of Politics at the University of Durham. Having graduated with an MPhil in Politics from Nottingham University, Robert embarked on an academic career, first at York and later at Durham. His vast knowledge within the field of corruption has taken him around the globe during his long and distinguished career, taking up positions as a Visiting Professor in the US, Canada, Australia and China.

One of the world’s leading academics in his field, Robert has worked with a plethora of governments, organisations and international agencies to fight corruption, operating as an anti-corruption consultant on both sides of the Atlantic, as well as undertaking research in Eastern Europe, Africa and the Middle East.

Now retired, the corruption expert has delved into the realm of fiction, but the keen speaker also performs lectures on a wide range of topics, from historical conspiracies to modern day corruption.