'The Reagan Casualties: Overseas Atrocities of the Great Communicator' by Jacob Klezaras 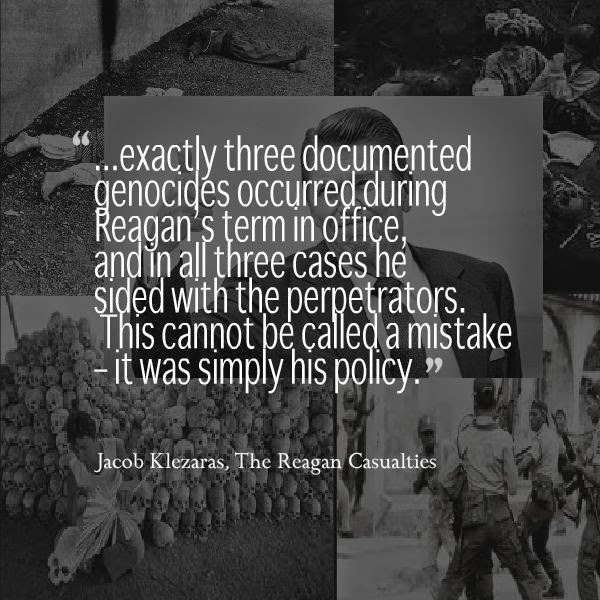 In his 1985 State of the Union address, President Reagan famously proclaimed, "Freedom is not the sole prerogative of a chosen few; it is the universal right of all God's children." Despite this bold declaration, Reagan’s actions proved detrimental to the cause of human freedom all over the world. In this short but compelling polemic, Klezaras examines The Gipper’s record abroad from a perspective of human rights, shining light on his administration’s wrongdoings from Haiti to Iraq. President Reagan, the facilitator of genocide, the sponsor of terrorism, the abettor of death squads and steadfast ally of despots and warlords far and wide is summarily exposed – and the myth of Ronald Reagan as a crusader for global liberty is expertly laid to rest.