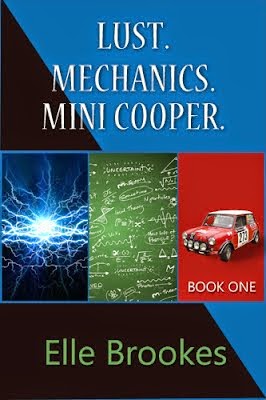 Adventure-romance author, Lesley Meryn, has lived her own share of adventures. But the one thing she has never experienced is the "coupe de foudre", the Lightning-Bolt of Love. Connected by years of friendship to the sexy action-movie star, Jason Hambrey, Jax, the two really are "just friends" but the paparazzi are merciless, making their lives and their friendship almost impossible to sustain.

When Lesley's Aunt dies, leaving her a piece of property in North Yorkshire, Lesley is mystified. Her aunt kept it a secret. Lesley travels to London and learns her that her aunt leased the property twenty-five years before to an 'Historical Research Society'. The lease on the property is up for renewal. Before she makes her decision; Lesley travels to the farm to investigate

Nothing could prepare her for what she finds at the farm. Miles Sherwood is dark, devious, and desperate. He's the very last person one would consider the head of a stuffy British 'Historical Society'

Lesley finds him insufferable, yet irresistibly attractive. The two unknowingly share a deep connection. Whether they like it or not...it's Lightning-Time!

Elle grew up in Los Angeles, California, but has lived in San Francisco and then Jamaica when she was a Peace Corps Volunteer. At the age of twelve she became obsessed with keeping falcons in the back yard. Fortunately, for the hundreds of hapless French poodles living in the San Fernando Valley at the time, she was not allowed to do this. In the course of the following years, she took on the challenges of earlier times, learning how to fence, how to ride horses, archery skills, and she even took a "Grand Tour of Europe". Travel continues to be a passion of hers. Her father always claimed that she had been born into the wrong century. He may have been right. Elle currently lives in the central highlands of Costa Rica with her dog Pixie, and her hedgehog, Quiller.