Authors are often asked, “Who inspired you?” A great question, since we are inspired by a variety elements. I’m sure most authors could say that their upbringing, former teachers, and life experiences have influenced their writing. Personal tastes, hobbies, and occupations also play a part. As an artist, I appreciate creative endeavors: Vermeer, Klimt, and Edward Hopper paintings tend to make my heart leap; I find coloring (with a new box of crayons) relaxing; and sometimes I catch myself daydreaming while staring at my lava lamp.

Another big influence for most writers is, understandably, other writers. It’s near-impossible to list all my favorites here, but there are a few notables.

Vincent Bugliosi. There I was, sitting in the dentist’s office one afternoon, hoping to distract myself from the torture to come, when I came upon a magazine article about the anniversary of the Tate-LaBianca murders masterminded by Charles Manson. Twenty years had passed (at that time, 1989) since the horrific slayings. Helter Skelter, a book written by prosecutor Vincent Bugliosi, detailed the attacks and the trial that had followed. Numb and seeing pink unicorns after that appointment, I made my way to the library and spent the next four days engrossed. This book sowed the seed for what I wanted to do in life: explore the criminal mind and write about it.

Mary Higgins Clark. Long before I read Helter Skelter, my school librarian turned me on to MHC. I may not have been old enough yet for some of the adult themes in the books, but Mary Higgins Clark and her writing inspired me. The Cradle Will Fall and While My Pretty One Sleeps were among the first tales that stirred my own passions for writing. (And I’m sure most writers would be grateful for a career as long and prosperous as hers!)

Donald Maass. In the writing world, Donald Maass has a Brad Pitt-like celebrity status. Although he doesn’t write fiction (anymore), he is well-known for his craft books, most notably, Writing the Breakout Novel and The Fire in Fiction. (In his ‘free time’, Maass runs the Donald Maass Literary Agency, one of the best-known in the business.) His books and his workshops (which I’ve had the delight of attending) are as fabulous as they are maddening. Fabulous in that you can’t get enough of Maass’ insight into great storytelling; maddening in that it isn’t as easy to translate that know-how into your writing--but, with work, it can be done.

So with a gracious bow and a round of applause, I thank these literary heroes of mine, knowing that my life and especially my writing wouldn’t be the same without them. 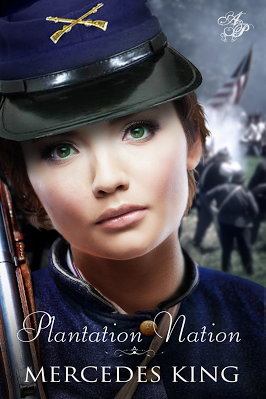 Sixteen year old Emma Cartwright runs away from her family’s South Carolina rice plantation after a slave is beaten to death. Determined to join the fight against slavery, Emma enlists in the Union Army disguised as a young man. Nothing could prepare her for the sacrifices needed—and for falling in love for the first time.

Emma could no longer raise her head or open her eyes. She tasted her own blood and withered under the sun’s brilliance. Her back and legs throbbed from the lashes with the leather belt. The scent of honeysuckle drifted to her nostrils, but Emma quivered with agony and trepidation. She fought the oblivion that threatened to engulf her,fearing it was death.

Her heart searched for a prayer or a plea but nothing came. She wanted to cry out for her father, forgetting he was long dead.

Someone snatched a fistful of Emma’s hair and held up her head.

“Look!” Quinn said through gritted teeth. “Look at what you’ve done.” He touched his mouth to her ear. “Ain’t like he didn’t deserve it, though. Worthless wretch.”

Emma tried again to focus on the scene. At first, through the narrow slits of her swollen eyes, all she saw was a row of brown feet, naked and caked with mud past the ankles, a sure sign that rice planting was underway. She couldn’t find or concentrate on their faces now, but she knew that among the clan of thirteen laborers, Basil’s mother and brother were there watching. Fear reverberated from the mass. Children cried and stirred, but no one moved or averted their eyes. George had insisted. 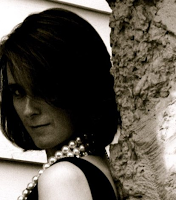 Mercedes King is an Ohio native and founding member of Sisters in Crime Columbus, Ohio (affectionately dubbed SiCCO). With a degree in Criminology from Capital University and a passion for writing, she crafted O! Jackie, a novel focusing on the private life of Jackie Kennedy. She has also written The Kennedy Chronicles, a series of short stories featuring JFK and Jackie before they were married and before 'Camelot'. Mercedes writes in a variety of genres, including historical and mystery / suspense. In fact, she's working on creating a new genre, 'modern historical'.

Her newest release, Plantation Nation, follows the journey of Emma Cartwright, a 16 year old Southern girl who disguises herself as a young man and joins the Union Army.

a Rafflecopter giveaway
Posted by Andi at 7:54 AM