'The Cube' by Yaniv Finkelshtein 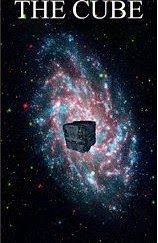 Aliens on an advanced but dying planet send out a cube containing a shape-shifting robot and knowledge that can solve every problem on Earth. The Cube is brought to Earth after it attaches itself to an Israeli satellite, resulting in a flowering of scientific discoveries in that tiny country.

When the U.S. and Russia learn of the Cube's existence, they want it, but unfortunately, they aren't the only ones determined to have it: a spacecraft with super soldiers from an advanced planet is approaching Earth.

Will the Cube be a Pandora's box releasing destruction, or can competing nations cooperate long enough to win Earth's first interplanetary war? This action-packed science fiction novel is the first by a talented new Israeli writer.