I set the book vaguely in the future – maybe a hundred years, maybe more. It’s simultaneously post-apocalyptic and “utopian.” After the bulk of humankind perished in 2012 (remember the Mayan calendar scare?), a few hundred thousand humans remained and organized themselves into ten towns situated in the Mojave Desert in Southern California. The towns have mayors and other bureaucrats, but the real power in the cities rests with the holy women and men, the imrabi and minnabi, respectively.

I had a lot of fun deciding how to organize the towns, structure their religious rituals and beliefs, and construct characters’ relationships with their towns’ religious dogma. Even choosing names like “imrabi” and “minnabi” proved interesting and fun: “Imrabi” is a not-entirely-subtle combination of “imam” and “rabbi,” while “minnabi” combines “minister” and “rabbi.” The name of the novel’s god, “Elovah,” is an amalgamation of “Allah, “Elohim,” and “Jehovah.” One difference from these patriarchal religions, though: Elovah is a female deity.

In case it’s not glaringly obvious, I based the fundamentals of this religious system on the Abrahamic religions: Judaism, Christianity, and Islam. I even designed my religious rituals, such as how to pray and what weddings look like, by squishing them all together.

I suppose I could have been more inventive and designed a religious system from scratch. I’m a sociologist, though. Fascinating to me as a social scientist is the reunification of these three religions, which actually have much more in common than we like to acknowledge. Heck, Judaism birthed both. Also, let’s be super honest: I’m a big fan of sticking with what I know. I grew up Christian, and my fiancé is Jewish. Easy knowledge pickins. Granted, I don’t know as much about Islam, but that’s why the Internet exists, right?

Now, at the ripe ol’ age of 40, I am an ex-Christian Atheist. Did my own spiritual or religious beliefs shape this book? Yes and no. Yes, because I used information from my own Christian background in designing a futuristic religious system that nonetheless looks a lot like the ones we know today. I honor my Christian background for providing fodder for that kind of project. No, because although this is in part a book about religion, it’s ultimately a novel that contemplates the liberatory and oppressive functions of institutionalized religion. I honor my degrees in sociology for providing fodder for that kind of project.

The Tithe is a book about religion. This does not mean it’s an inspirational or even particularly religious novel. It’s a novel that explores some effects, functions, and possibilities of a theocratic society. It’s a book a sociologist, rather than a religious devotee, would pen. 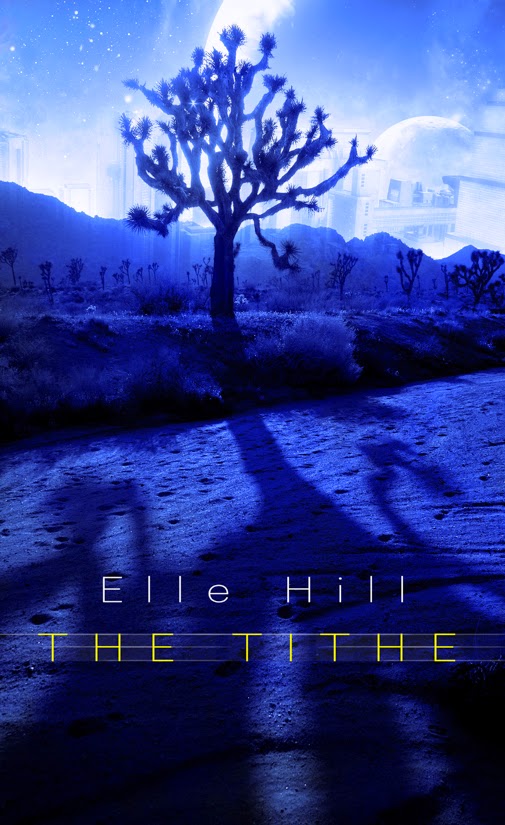 The Tithe
by Elle Hill

Every seven years, the towns sacrifice their sick and disabled. No one has ever survived the angels’ harvest. Until now.

“Every seven years, seven persons from each of the ten towns must go into the desert, where they will enter into the realm of Elovah, their God.”

No one knows exactly what happens to these seventy Tithes, but everyone knows who: the “unworkables,” those with differing physical and mental capacities. Joshua Barstow, raised for twenty years among her town’s holy women, is one of these seventy Tithes. She is joined by the effervescent Lynna, the scholarly Avery, and the amoral Blue, a man who has spent most of his life in total solitude.

Each night, an angel swoops down to take one of their numbers. Each night, that is, except the first, when the angel touches Josh… and leaves her. What is so special about Josh? She doesn’t feel special; she feels like a woman trying to survive while finally learning the meanings of friendship, community, and love.

How funny that she had to be sacrificed to find reasons to live.

“I guess if I only have a month at most left, I should use my actions and words to, you know, shape the world the right way, the way that brings the most good.”


“You’re biased,” she said, smiling. “But the changes I’ve seen since I’ve been here, not just in me but in everyone, they’re scary sometimes. Sometimes I feel like . . . as if the world is so vast, so full of people, and I’ll burst if I love them all. But I don’t ever burst.


“I loved a lot of people before I came here, but always in the abstract. Here . . .” She breathed, in and out, for a while. “It’s not abstract. I don’t love them because we share humanity. I love them for their beauty, their pettiness, their fears and their compassion.


“You said my pain makes me the person I am. How bizarre is it that my pain, my incapacity, and my imminent death have brought me all this? It’s the greatest, most horrible gift I’ve ever received. You know?”


“And I’d like to say I’m strong enough that I’d do this all over again—become an unworkable and a Tithe—if given the choice, but I don’t know if that’s true. I’m scared.”


He held her tightly against him. 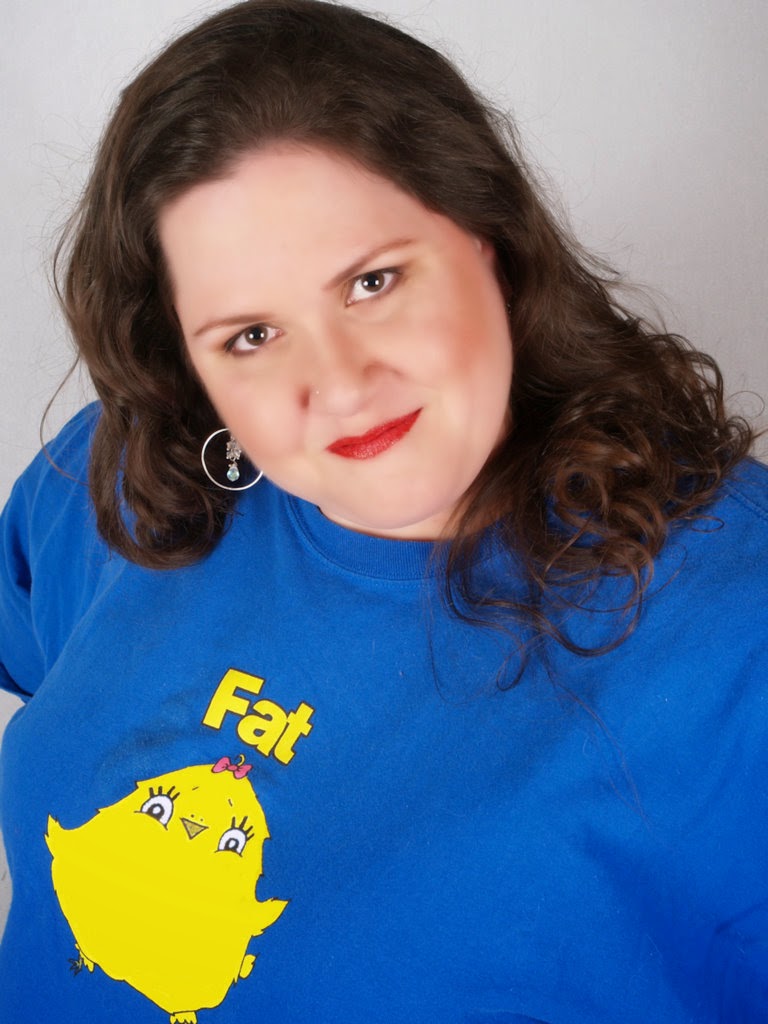 Born in Idaho during the height of disco, Elle Hill now chicken-pecks at the keyboard while rocking out to Donna Summer and KC and the Sunshine Band. She worked in Idaho for several years as a secretary and journalist before moving to California and selling her soul to academia. After receiving her PhD in Sociology, Elle Hill became a not-so-mild-mannered college instructor by night and a community activist during the remainder of her waking hours. Always a journalist and writer at heart, one of her favorite pastimes includes publishing commentary on the political and social state of the world; some of her thoughts are posted on her blog at ellehillauthor.blogspot.com.

Elle welcomes visitors to her website at www.ellehill.com. She also urges everyone to become a superhero and adopt their next non-human companion from a local animal shelter.

Elle will be awarding a $50 Amazon GC to a randomly drawn winner via rafflecopter during the tour.