'Forgive Us This Day (Anniversary Edition)' by Barbara Joe Williams 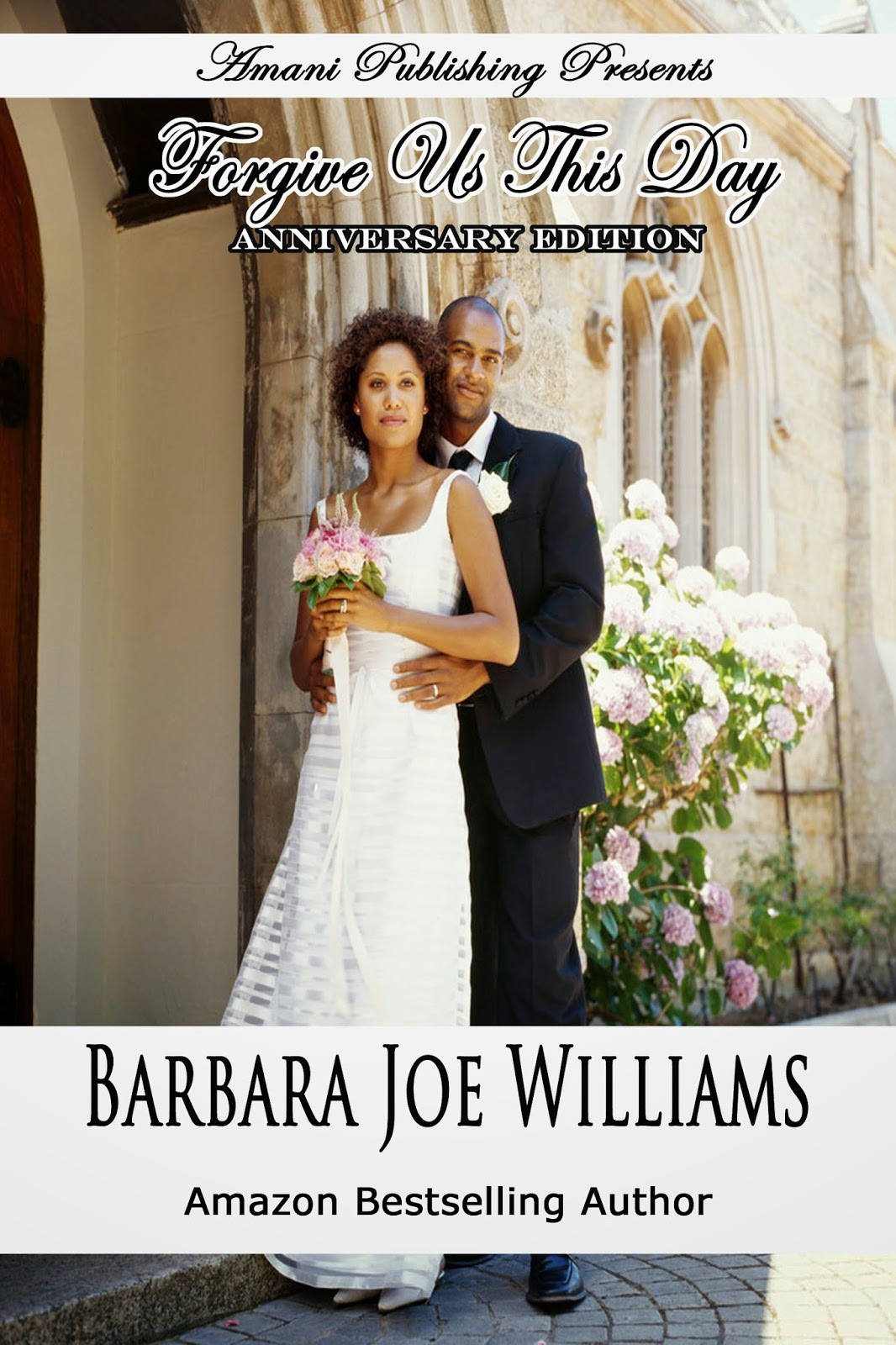 Alese Dean-Wayne is a happily married woman, at least she was happy when the New Year’s Day started. However, her entire life is about to change over the course of this day. After receiving an anonymous message that her husband has been intimate with one of his employees, she ponders if her long-term marriage is worth saving.

Michael Leron Wayne is a wealthy businessman, devoted husband, and a new father. However, he also happens to be human. After spending just one lustful night with one of his employees, he’s consumed with guilt, and contemplates whether or not to confess to his doting wife.

Alese and Michael Wayne have been married for fifteen years and weathered many storms together. They have forgiven each other many times before, but will each one be forgiven for this day?

This is a rewritten version of the original novel published in November 2004. The special anniversary edition has more main character development and added drama for your reading pleasure.

Barbara Joe Williams is an Amazon bestselling author, indie publisher, and motivational speaker living in Tallahassee, Florida. She is a Navy veteran, a graduate of Tallahassee Community College, and Florida A & M University. Barbara is also the founder of Amani Publishing, LLC (2004), and the co-founder of the Tallahassee Authors Network since September 2008.

All of her books are available on Kindle and Nook.