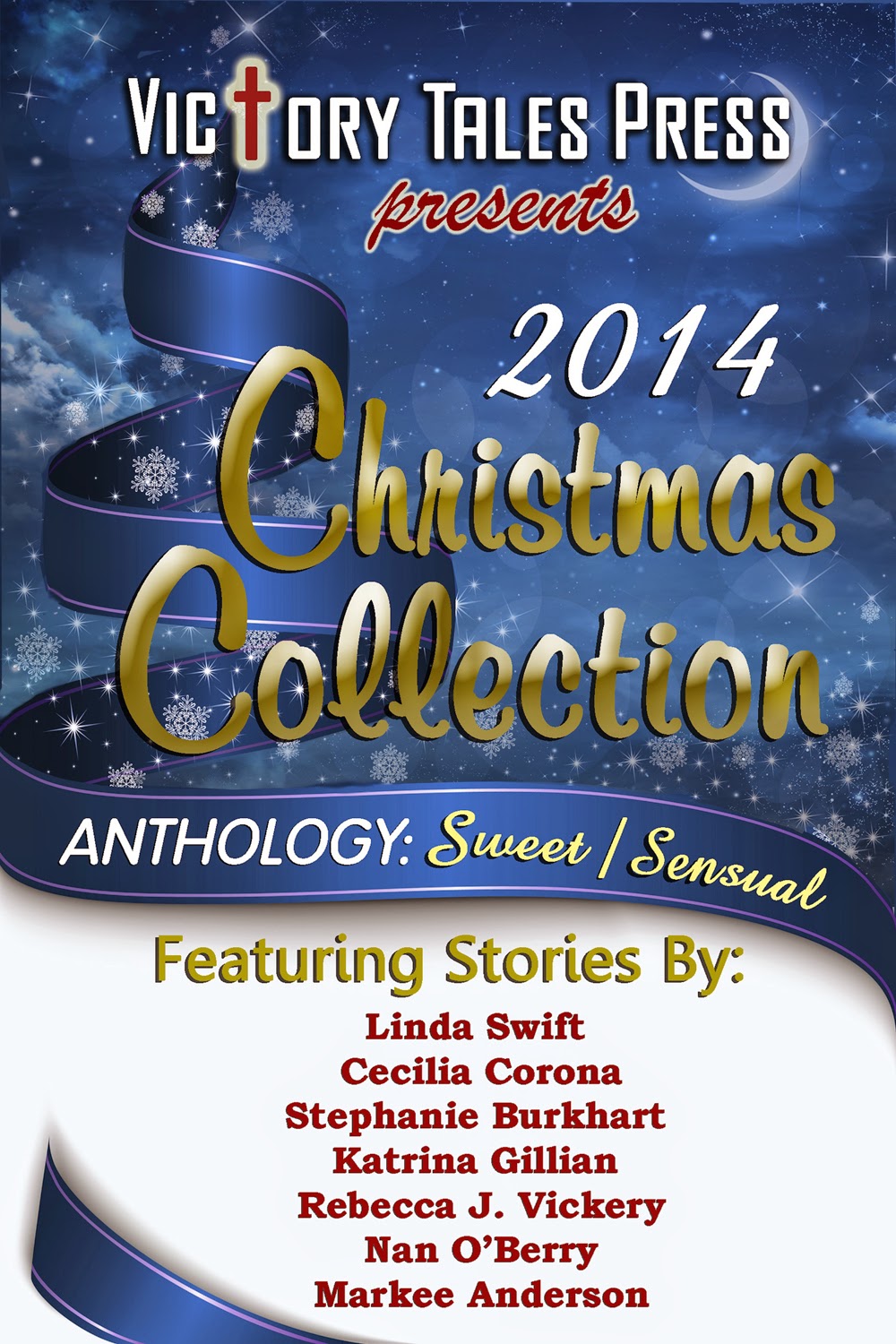 Seven complete sweet to sensual romances from seven multi-talented authors in settings that are sure to be magical this holiday season. There's a story for everyone.

A SEASON OF MIRACLES by Linda Swift

John Oldham, a soldier disowned by his family for choosing the wrong side, comes to her aid. As they keep a vigil for days at Danny's bedside, a close relationship develops between them. John longs for a family and wants to make Caroline and Danny his own.

Will his wish come true in this season of miracles?

AT FIRST SNOWFALL by Cecilia Corona

May all your dreams come true, takes on a whole new meaning when Xiomara finds out she's an Oracle with Fae witch powers, and her boyfriend is a werewolf from another realm.

When her half- brother shows up on her doorstep with his prophecy, the true nightmare begins. She must stand beside him in the battle of Galant or the evil Queen will destroy the kingdom.

Some faerytales are all too real, but if she can unleash her powers and learn to control them before the first snowfall, she just might find her happily ever after.

Jules' Christmas list is looking pretty pathetic. She needs a new muffler for her car and a hundred dollars to pay off her root canal. Her niece is asking for an iPad, but all Jules can afford is a Barbie doll. The peppermint on the top? Her boyfriend dumps her in a text message.

Jules could use a little Christmas magic, so when Elvis pops up claiming that he was sent by Santa to fill her Christmas list, all she has to do is believe – in the magic the season has to offer.

ALL THAT WE HAVE IS OUR SOUL by Katrina Gillian

The wait is finally over. Today is Theodore Lewis' 18th birthday and his essence has switched places with his soulmate for the day. His people have practiced this tradition for centuries. They are granted the chance to see the world through each other's eyes before actually meeting.

Only the Fates may have missed their mark. Theo's life is in 1940 and his soulmate is in 2014. This couldn't be happening. Is he doomed to never be with his soulmate, or will the Fates find a way to make this right?

What's a widowed mother to do with two children to provide for and Christmas coming soon? Noelle Welborn is in dire straits when she loses her job, is cheated out of her pay, and has no relatives to which she can turn. Then they lose the roof over their heads. Sleeping in the car seems the only option left.

Officer Nick Stewart stops when he spies a familiar looking car parked in a church parking lot late one night. Sure enough, she's the same pixie-faced woman he warned before. When he discovers she has kids asleep in the car, he insists she park in his yard or go to the police station with him.

But what about the next night, and the next?

ROOM AT THE INN by Nan O'Berry

Welcome to Magic Hallow, Pennsylvania. On the day before Christmas Eve, Helena McCray finds herself driving from New York to Washington, D.C. with a car load of Felicity Adams designs. She wasn't expecting the storm of the century to send her car careening off the road. Rescued by James Buchannan, she is taken to a grand old Victorian he has been fixing up as a bed and breakfast.

Gift of the Magi has been handed down in James Buchannan's family since his great, great, grandfather brought his Russian bride home from Europe. But the Magi is a secret place where James can hide from the world. Helena McCray slowly melts his heart and together they find out the magic of the inn could be in opening their hearts to a new beginning.

BLAME THE MISTLETOE by Markee Anderson

Do you believe in love at first sight? Or love after a kiss under the mistletoe? Neither did Tasha or Cal...

Tasha Adams owns a bakery and catering shop after losing her nursing career. Lack of confidence and low self-esteem make her an almost hermit, especially during the holidays.

Calvin Miller, busy doctor and bachelor, receives a sudden and unexpected visit from his young niece and nephew for the holidays. There go his work plans.

Then a fateful collision on a staircase changes all their lives.

The bus slid up to the stop near the coffee shop. I hustled out the door and rushed toward the store, noticing a guy reading the letters to Santa in the window. There were five minutes 'til opening. I didn't want to disappoint Joe again by being late, so I broke into a trot – and slipped on a hunk of ice. The sidewalk was coming up fast, but I fell into the arms of the letter reader.

He smiled one of the most adorable smiles I've ever seen and a cute little dimple popped out in his cheek. "You smell like peppermint," he said.

I opened my mouth, stammered like an idiot, and shut up. Mr. Dimple held me close. I didn't want to move. He owned a very solid body, with unkempt, curly, sandy blond hair that covered his ears and ice blue eyes that pierced my soul. I melted like a snowman in June.

He chuckled and helped me to firm footing on the ground. "And you are?"

"Julie Erwin, but everyone calls me Jules."


"So, you're the one with the depressing Christmas list."

Linda Swift divides her time between her native state of Kentucky and Florida. She is an award-winning author of published poetry, articles, short stories, and a TV play. Linda holds an Education Specialist Degree from Murray State University with post-graduate work from U. of Alabama and was a teacher, counselor, and psychometrist in the public schools in three states.

Linda's first two books were published by Kensington. She currently has twelve E-books (also in print) and seven short stories available at Amazon and other distributors. Her Civil War novel, This Time Forever, has been adapted for a short film titled Clarissa's War which will soon be available through Vimeo.

Cecilia Corona is a massage therapist by day and enjoys the adventures of writing by night. When she's not sitting at her computer plotting her next tale, she's enjoying the Southern California weather. She loves movies, animals of all kinds, especially her three dogs, and she's a big fan of mermaids. When she was young and saw the movie Splash for the first time, she believed sprinkling salt in the bathtub would magically allow her to grow a tail. She was sadly disappointed when the experiment didn't work. If she can't be a mermaid, then maybe she'll just have to write about them.

You can visit Cecilia at: http://authorceciliacorona.blogspot.com/

Stephanie Burkhart is a 911 dispatcher for the Los Angeles Police Department. She served in the U.S. Army between 1986-1997 in the Military Police Corps. Raised in New Hampshire, she now makes her home in Castaic, CA. Stephanie adores chocolate, enjoys coffee and participated in the Walk to End Alzheimer's held in Santa Clarita, CA on 20 Sep 2014. She writes romance and children's stories. Stephanie is published with Victory Tales Press, Desert Breeze Publishing, and 4RV Publishing.

Katrina Gillian is a big fan of Marvel comic books and superheroes. Only a real man would dare to wear tights when facing down the bad guy. Gotta love that!

When she isn't thinking of ways to take down Hydra, she creates pre-made book covers at: Gillian's Book Covers, "Judge Your Book By Its Cover". You can also check out her published cover art designs at Western Trail Blazer and Rebecca J. Vickery Publishing. All That You Have is Your Soul is her debut story with Victory Tales Press.

Rebecca J. Vickery has been married to the same very patient man for quite a while now. She has one son, a special daughter-in-law, and three wonderful grandchildren.

She lives in South Carolina, USA, and slips away to go camping at Myrtle Beach whenever possible. Long walks on the beach help her to unwind and often ignite her imagination with new stories.

She enjoys the challenge of adding a special twist to her stories of romance. Usually they involve the paranormal, mystery, adventure, suspense, or a bit of fantasy along the way to a happy ever after ending.

Recently Mrs. Vickery has branched out into speculative fiction and has several short stories published in that genre. She owns Publishing by Rebecca J. Vickery, a small independent company, and also Victory Tales Press, where invited authors share their stories in various anthologies.

She loves to hear from readers and fellow authors.

Nan O'Berry lives on a small farm in Western Tidewater with her family and pets including a Black Angus cow named Esmeralda. A graduate of Old Dominion University with a degree in education, she taught elementary school for several years before turning her attention to writing romance. She loves hearing from readers.

Stephanie will be awarding a $25 Amazon or B/N GC to a randomly drawn winner via rafflecopter during the tour. Follow along for more chances to win!