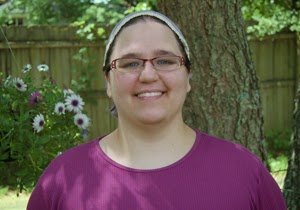 Suzanna J. Linton was born in Charleston, SC but grew up in rural Orangeburg County. At age eight, she tried to read The Secret Garden by herself. After following her mother around for a day, asking questions about the Yorkshire accent, she gave up, but that didn't deter her in developing a deep appreciation for books and the worlds to which they open. A few years later, she wrote her first poem, which eventually led her to try writing fiction.

In 2002, she went to the summer program at the SC Governor's School for the Arts and Humanities, where she refined her poetry and wrote her first decent short story (before this, she mostly wrote novels along with her poetry). In 2003, Suzanna began attending Francis Marion University, where she graduated with a Bachelor's in English.

Today, she continues to live in South Carolina with her husband and their menagerie of animals.

You can read more about Suzanna and her current projects at suzannalinton.com. 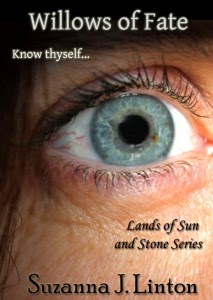 All her life, Desdemona has seen things others haven’t. Dragons, knights, dwarves, kids with three eyes. Heeding her mother’s advice, she keeps silent about this and struggles through life, pretending everything is normal. The break comes when her father's disappearance drives her into a life of sex and alcoholism. Eventually, she struggles free. She begins to build a life for herself and learns how to ignore the "phantoms".

At her mother’s death, Desdemona returns to a home haunted with memories but she is determined to not be shaken from what little normalcy she has. However, when her brother is murdered and she uncovers a family secret, Desdemona realizes that she may not be insane after all. What she sees may actually be real. And what she sees has begun to tell her to go with them to their world, that she is in danger, and that she has something others would kill for. 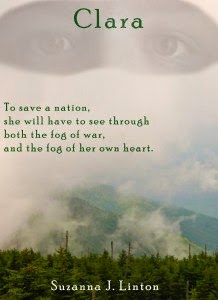 Clara will have to see through both the fog of war, and the fog of her own heart, to save a nation...

Sold into slavery as a child, and rendered mute by the horrors she suffered, Clara's life extends no further than the castle kitchens and their garden. Those who know about her just think of her as the dull mute girl who may be a little soft in the head, not knowing that she carries within herself a precious gift: the ability to see the future. This is a gift she keeps secret, though, for fear of persecution.

However, a vision prompts her to prevent a murder, shoving her not only into the intrigues and gilded life of the nobility, but also into a civil war brewing in her country. As events unfold, and she is drawn deeper into the conflict, she meets an old friend, makes a new one, and begins to unearth secrets better left buried.

Driven to learn the truth about the war, and about her friends, Clara embarks on a journey that takes her from her beloved mountains to the very Capital itself, Bertrand, where she is confronted by an evil both ancient and twisted. The only problem is, her own anger and prejudices are the catalysts her enemy needs to complete its plans. If she is not careful, not only will the entire nation be lost, but her own soul as well.