'The Necromancer's Gambit' by Nicolas Wilson

Knight, the sheriff of a local magical government known as "the Gambit," is called to recover a mutilated body, tainted with magic and dumped at a popular haunt. When the corpse is identified as a close associate of the Gambit, it threatens the safety of the community he protects, and those he cares about most. As the fragile peace amongst the city's magic-wielding factions disintegrates, Knight must track down a cadre of murderers before his friends are picked off, one by one- with each death used to strengthen the spells cast against the Gambit. 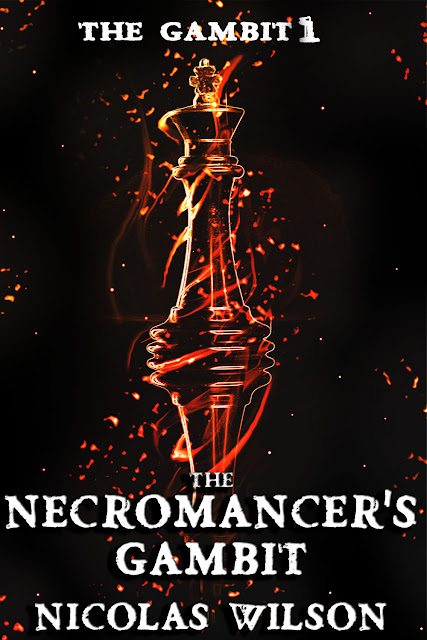 I try not to snap at her. Interrogation’s never pretty, even when Pawn isn’t involved. And I also don’t have the heart to tell her just how vanilla this one actually was. “That’s probably how this played out. But more often than not, interrogation gets you information a witness wouldn’t give up willingly. Interrogation’s a part of what I do. So’s scene investigation. Tracking. Pawn goes home and blackout drinks tonight away, and Bishop, after a day or two pulling apart that overcooked McNugget gets to set it aside. But this case is mine until I bury it. Pawn’s an ugly little thug-”

“Thanks,” he says, before realizing he should have kept his nose buried in his refrigerator, trying to find the halvah.

“-but he’s a terrier, and barks real loud to keep people in check. But when they become unchecked, it’s my job to find them and shut them down.” 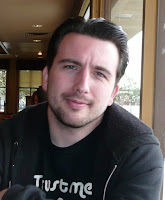 Nicolas Wilson is a published journalist, graphic novelist, and novelist. He lives in the rainy wastes of Portland, Oregon with his wife, four cats and a dog.

Nic's work spans a variety of genres, from political thriller to science fiction and urban fantasy. He has several novels currently available, and many more due for release in the next year. Nic's stories are characterized by his eye for the absurd, the off-color, and the bombastic.

For information on Nic's books, and behind-the-scenes looks at his writing, visit nicolaswilson.com.

a Rafflecopter giveaway
Posted by Andi at 8:29 AM