The Faustian Complex by Kallya Valanis 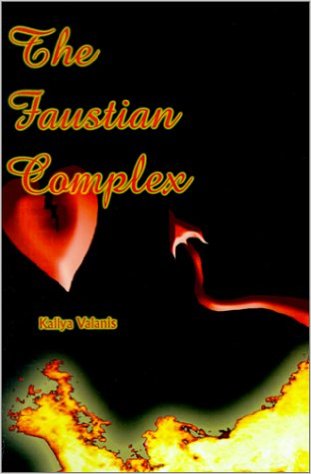 Katrina Ravel, a world-famous author, is deeply in love with Sergei Smyrnoff, a Russian sculptor. While reminiscing about the past, she recalls her parents' untimely death and the man who helped her survive her ordeal. The man is Marco Xenakis, a wealthy ship owner. Both he and his housekeeper, Eleni, play a major role in Katrina's life.

At Marco's house, she meets unexpectedly with George Venetis who, unbeknownst to Marcos and the others, is the Devil's Advocate. Venetis tries to lure Katrina to his camp, but she is apprehensive and resists his offer. However, her obsession for Sergei pushes her over the edge. When, unexpectedly she discovers Sergei's infidelity, her apprehension vanishes. Grief stricken and in consolable, Katrina flies across the Atlantic and enters the Devil's lair.

In the darkness of Hell, Venetis awaits patiently. 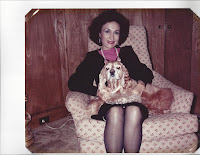 
Kallya Valanis was born on the beautiful island of Cyprus which, as legend has it, is the birthplace of Aphrodite, Olympian goddess of love, beauty and fertility. At thirteen her family moved to England where her father established his business. She continued her education in England and in her teens she wrote and published short stories for a teen magazine.

She travelled to Sydney, Australia with her husband for a brief spell and then to the Territory of Papua and New Guinea where they spent four years.

She has been living in the United States since 1968. Her first novel Hell In Paradise describes her experiences on the island of New Britain, New Guinea, about people she met and a murder she witnessed that left an indelible mark on her soul.
Posted by Andi at 4:02 PM