The Moonbeam Rider by Carlton Holder 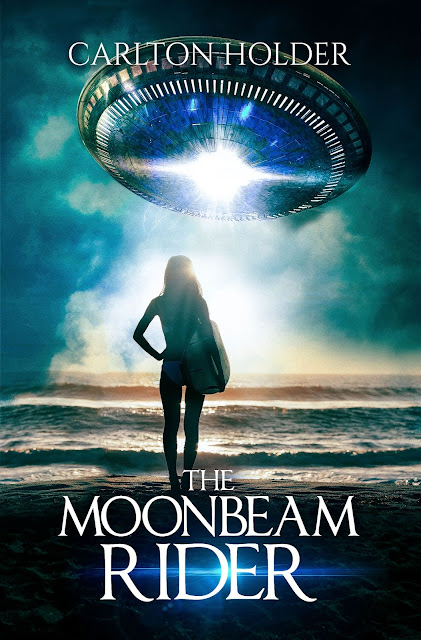 
Occupation began when the first mothership appeared in the sky. Now they are taking over, one continent at a time. Collaborators, human traitors, are plentiful. Welcome to the resistance.

Noa Ash, a lonely teenage girl making entries into her personal journal, takes us on an astounding adventure. After she is orphaned during an alien attack, Noa is sent to live with a stern grandmother she has never known on Shadow - a once sunny beach that was warped into a hellish place of fog and darkness by a meteorite shower. There Noa finds an old surfboard and begins riding the beach’s cruel waves. As she learns to surf, Noa goes through a transformation of body and soul that turns her from a helpless nobody into a true heroine.

But fate has an even stranger destiny in mind for Noa when she discovers an underwater cavern where an archaic robot lay rusting. Only the robot is not a robot. It is a vessel. To resurrect it - the only weapon on Earth Noa believes can stop the alien occupation - she will have to transfer her life force - her soul - into the battered metal hull to pilot it. Aiding Noa in her mission is a strange boy from another time. A boy who Noa finds herself inexplicably drawn to.

The Diary of Anne Frank meets War of the Worlds. 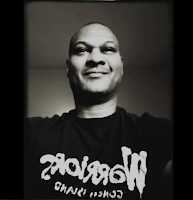 Carlton Holder grew up in tough Brownsville, Brooklyn immersed in the New York City comic book scene during its golden age (think "The Warriors" meets "The Amazing Adventures of Kavalier & Clay"). His love of fantastic fiction and super-heroic exploits led him to the craft of writing and the sport of gymnastics. After studying English and journalism at East Stroudsburg University in Pennsylvania, where he was also a member of the gymnastics team, Carlton moved to Los Angeles where he became first a Hollywood stuntman and later a screenwriter. He has interviewed former members of the IRA in Belfast, written about the drug trade in Central Mexico, and traveled to the Netherlands to research the World War II bombings of Belgium by the Nazis. Carlton currently resides in LA where he is developing a TV show, when not penning novels or planning trips to Area 51.
Posted by Andi at 1:27 PM