Future Comes From Behind (Paradigm Shift #1) by S.T.K. Chan

Welcome to the book blast for Paradigm Shift by S.T.K. Chan! This one is for fans of science fiction and fantasy. Please enjoy today's excerpt and then follow the tour to read even more of them. Be sure to leave the author questions and comments along the way as you also enter the giveaway! And the book is on sale for just 99 cents for the duration of the tour, so be sure to download your copy right away! 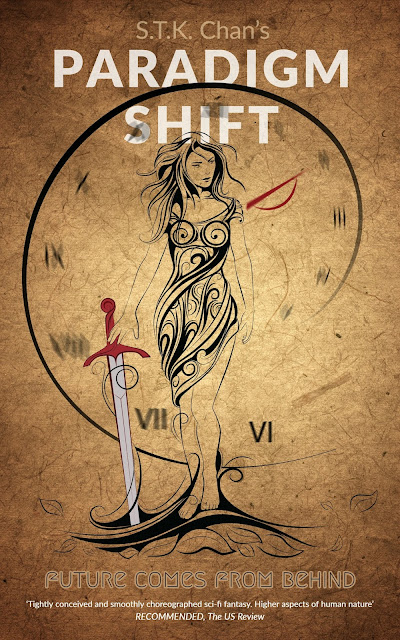 Future Comes From Behind

An ancient dimension of dark echoes from the past.

Lisa and her family barely manage to escape an invasion from the Rebel army in their home of Malta. Shortly after this episode, she discovers Exo, the ancient dimension she cannot understand until her late 20s. Exo is made of memories of the past; it brings forth all the strong echoes we leave behind. Lisa desperately wants to resolve the conflicts of this inner world peacefully, but quickly learns she must fight the shadows in people's hearts, materialized through battle re-enactments, warfare and emotional turmoil.

Soon the windows revealed smaller buildings and less crowded streets. The train grew emptier too. Lisa heard the monotonous hum of the wheels more clearly; it slowed her heartbeat down to a peaceful pace. In a flash, as she had done many times before, she crossed into what she believed to be a dreaming state of mind.

A dense forest surrounded her. It was cold, and patches of snow covered the ground.

It feels so real… But I wanted a nice view of wild, untamed mountains. And a waterfall. And why can’t I better control the season or the clothes I’m wearing? Lisa wondered, shivering a little. There! She finally spotted an exit from the curtain of trees.

Below, a large lake covered with floating sheets of ice lay at her feet. She was indeed on a mountain. The fresh air was freezing, but she breathed it in eagerly, ignoring the abundant vapors of her warm breath.

What could this resemble? Canada? Alaska? Lisa had learned that, by focusing very deeply with closed eyes, she could sometimes change her clothing or some of the details around her.

This time, only a long scarf appeared on her shoulders after she opened her eyes. “Not enough,” she said, shivering, but proceeded to walk along the cliff regardless. Minutes later, she stopped to take a better look into the distance. A boat? I don’t want to come across any other people this time...Ah, it’s just a log. She could not stand the cold any longer, so she thought about getting back.

Greg raised an eyebrow when he noticed her repeated blinking.

“Where did you go this time?”

“Far…far from these many babylons.”

“Just another reason why we are a perfect match.” He smiled.

“They are so real. And they feel so long, though they really last just a fraction of a second.”

“Do you meet any people in there?”

“Yes, but I avoid them. It scares me to death how intense and unpredictable they are. Last week I met a tribe in Africa and before that I was in the middle of a medieval city.”

“Lucky you,” said Greg. “It’s a strange yet blissful anomaly, to escape reality like that.” 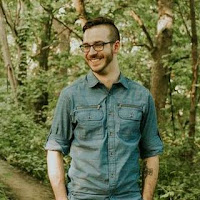 
A fan of nourishing SF&F fiction. Seeker of essential truths in historical non-fiction. Exploring life for almost half a century. Delivering action and matters of the inner self. "Chan has license to be more philosophical and issue-oriented, and on the whole he blends together different genres well." (John Staughton, SPR)

STK Chan will be awarding a $15 Amazon or B/N GC to a randomly drawn winner via rafflecopter during the tour.