Have you ever wanted to step into a book to experience it from the inside? Today, author Gareth Frank tells us why he would like to visit his latest book The Moment Between. Please also enjoy an excerpt from it and be sure to leave Gareth comments and questions as you follow the tour. Remember to enter the giveaway!

Nobody wants to die. At least nobody who isn't seriously depressed. Oh, but to die and come back to tell about it. That would be an amazing adventure.

As journalist Judy Bachrach says, we are living in the days of Lazarus. Modern medical resuscitation techniques have made it a fairly common practice to bring people back to life after they are clinically dead and absolutely no brain function is detectable. In The Moment Between, we get a glimpse of the afterlife from those who have died, a fictionalized but realistic look at an unbelievable phenomenon.

I am no fool, I don't really want to die. Even if I could be resuscitated, the risk is far too great. Instead I just want to step into my book. I want to see the visions that people report. I want to live my life over again just as they describe it —a life review, total and complete in an instant. I want to feel peace and unconditional love flow through me and around me. I want the surety, peace and confidence that most people return with.

The Moment Between is a psychological thriller that brings death to life through the story of Doctor Hackett Metzger, a neurosurgeon still recovering from the passing of his wife when he becomes involved in a medical study of near death experiences, and falls for a woman with a dangerous past. Hackett, a likeable and brilliant doctor, is also a bit of an awkward nerd. He agrees to support the study even though his heart and mind tell him that death is final. Life and research are about to collide. 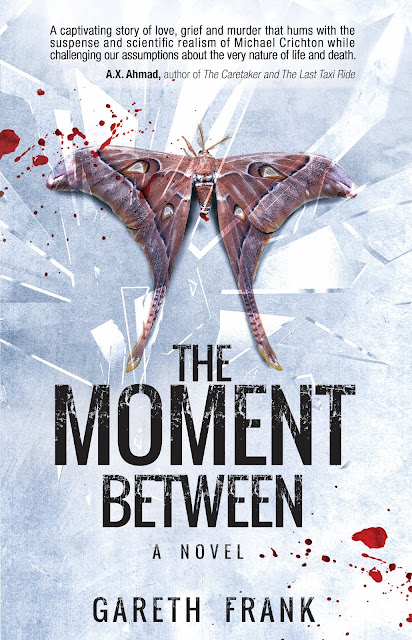 
After four years of mourning, Doctor Hackett Metzger is determined to stop letting his wife's death control his life. He is finally beginning to live again, but his recovery leads to an unexpected fight for his own survival and startling revelations about what happens to all of us in The Moment Between.

Hackett, a brilliant neurologist, is a skeptic. He doesn't believe he will one day be reunited with Jean, or dwell with God in heaven. What he does believe is that he should have seen the warning signs of her heart attack; he should have saved her. He also cannot accept the possibility that his clinical study of near death experiences could prove the existence of a conscious afterlife. When Hackett falls for the mother of a patient, grief finally begins to fade. But he has no idea his new love is hiding her dangerous past. Will Hackett's damaged spirit endure another heartbreak?

In those first months, he tortured himself with the notion that Jean’s voice had been real. He was sure that she had been present while he tried to save her. He prayed that she lived on in death, hoped that even as he failed, she had a soft landing on the other side. Her voice became his torture.

And so he understood death as he never had before. He understood grieving and pain. He understood what it meant to miss someone and to know that he would never see that person again. He understood loneliness. Most of all he understood the foolish and painful illusion that life might somehow continue. There was no voice. Jean had not talked to him from beyond. He had tortured himself from within. She was dead. He had learned to accept that cold hard reality. Anger had settled into the dark hole that was his memory of that day, poisoning his spirit. For weeks he stayed home from work, for months the blackness held him captive, until slowly he emerged into the world once more. His sanity hinged on his acceptance that Jean’s voice had been an illusion. Death was just death.


Available on Amazon
This is my Amazon affiliate link. Should you make a purchase through it, I may earn a few pennies at no additional cost to you. Thanks for supporting my websites! 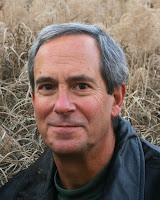 
Gareth Frank is a former union organizer and administrator. He received a Master's Degree at the University of Wisconsin and later studied at the Writer’s Center in Bethesda, Maryland. The Moment Between is his first published novel. His short stories have been published in various journals and have been nominated for the Pushcart Prize as well as the Silver Pen Write Well Award.

Gareth Frank will be awarding a $50 Amazon/BN GC to a randomly drawn winner via rafflecopter during the tour.