Welcome to the book blast for Fire Song by Tanya Anne Crosby! Read an excerpt from this historical romance and fantasy and then let the author know what you think in the comments section. Be sure to follow the tour for even more excerpts and fun. Plus there's a great giveaway to enter! 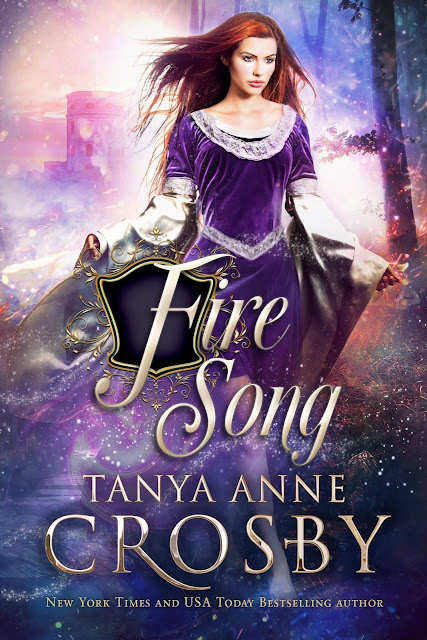 Praised for her beauty and grace, deep down, Seren Pendragon fears a tempest rising inside her. Her mother is a witch, her sisters are in peril, and she has been promised to a beast of a man who's already murdered one king. When she and her youngest sister seize the opportunity for escape neither realizes how much their struggle will cost, and it will take a terrible tragedy to unleash Seren’s inner fire and true nature.

The Bastard of Warkworth is no stranger to misfortune. Everything he held dear vanished one night in a wisp of smoke and fire, and he has been scarred by his encounters with Seren's own mother, Morwen Pendragon. Even so, when one of the witch’s daughters finds herself in trouble, Wilhelm must find the champion within and ride to her rescue.

If you have not guessed, my true name is Cerridwen. Creirwy, Morfran and Taliesin are all children of my blood. I took this body, thinking it might serve me, but I chose wrongly. I chose the sister, not the brother. Those two scarcely knew what mysteries they would reveal… but I thank them, nevertheless.

Emrys. Poor Emrys. Would he have lain with his sister had I not inhabited her body? I think not. And Morgan? How did she learn? Well, I suppose… a mother always knows.

Stealing over to the cauldron, I peer inside. Empty at the moment, but there lies residue and I reach down to taste the blend.

I need more coltsfoot, I think. And, of course, blood…

Mentally, I pore over the faces I saw in the tavern … a man and woman traveling together, a trader and a thief. These are my choices, and perhaps I should have them all…

Incidentally, do you how the fae were created?

They were cauldron borne to serve the Sylph.

So, you see… my daughters are gifted with fae blood, but I am born of the essence from which they draw. They are whispers of the wind from which I am formed. They are breeze-kissed whilst I am the storm. They are sparks, I am the flame. They are demigods, like the fae. But I… I am a Goddess, and once the light of this world has been extinguished like the flames of a thousand dying stars, and the hearts of men are stillborn in their cradle of night… here, I shall remain.


Buy Links:
Amazon * KOBO * BN
If you make a purchase through my affiliate link, I may earn a few pennies at no additional cost to you. Thank you for supporting my websites! 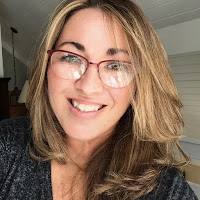 
Tanya Anne Crosby is the New York Times/USA Today bestselling author of more than thirty novels, including works of women’s fiction, suspense, historical romance and fantasy. Known for stories charged with emotion and humor and filled with flawed characters, she is an award-winning author, and her stories have garnered reader praise and glowing critical reviews.

Tanya has been featured in magazines, such as People, Romantic Times and Publisher’s Weekly, and her stories have been translated into eight languages. Her first novel (Angel of Fire) was published in 1992 by Avon Books, where she was hailed as “one of Avon’s fastest rising stars.” Her fourth book (Once Upon a Kiss) was chosen to launch the company’s Avon Romantic Treasure imprint. She and her writer husband currently split their time between Charleston, SC, where she was raised, and northern Michigan, where the couple make their home.

Tanya Anne Crosby will be awarding signed copies of the Daughters of Avalon series (3 books)(US ONLY) to a randomly drawn winner via rafflecopter during the tour.