I've said it before and I'll say it again - I love character interviews! They really bring new insights into the characters and their story. And David Siegel Bernstein has come up with a great and unique one for his characters from Poisoned Pawn! Check it out, as well as an excerpt from the novel. Be sure to let him know what you think before you download your own copy and follow the tour. And then of course, there is a great giveaway!

I was about to leave for home when my assignment decided to finally stroll in—an hour late. I didn’t usually write fluff articles, but my boss owed Lawrence Holmes a favor. This interview was it. Lucky me.

He arrived with his partner Caleb Jacobs. Jacobs was tall and muscular. Holmes was neither. They took the seats across from me.

“Sorry for the delay Mr. Bernstein,” Holmes said. “Working hard on a case and all that.”

“If he means stopping at Starbucks for a Latte,” Jacobs said, “then yes, he has been hard on case.”

“Ta, ta, Watson, let’s not bore the man with your ramblings.”

Jacobs shook his head. “For the record, my name is Jacobs, not Watson.”

Jacobs’ lips curled into what I believed was a smile. Probably his attempt to intimidate me. It wasn’t going to work. I’m a pro.

Jacobs’ glare never wavered from me. “I had my reasons for leaving the Philly force.”

“There was a rumor of a murder coverup before you left. Care to comment?”

Good I hit a nerve. Maybe this was worth my time. “What about the marines? My background people tell me you were part of Force Recon military intelligence. Any reason you were forced out.”

“I was never forced out,” he growled.

Holmes placed a hand on Jacobs shoulders. “Relax Watson. Ignore his rudeness. Mr. Bernstein is obviously tired from his recent trip to Wisconsin. He hasn’t even had time to freshen up. He was visiting family.” Holmes paused, his eyes scanning me. “And I believe a lovely young lady.”

“Yes.” Holmes answered for me. “I don’t believe she went on this vacation.”

My heart beat fast. “How do you know any of this?”

Jacobs relaxed back into his seat. “Are you going to tell him it’s elementary.”

“Why would I ever say something like that?” He replied calmly.

“You know. Because of your name.”

“Humph. I have no idea what you mean.” To me he said, “Your accent is easily identifiable. Southern Wisconsin. Milwaukee, I believe. As for—"

I nodded slowly. I took a few breaths. “So, what are you guys currently working on?”

“The case of the frozen potato and missing hand.”

“He likes to name his cases,” Jacobs said.

“Merely for clarification, besides it is much more interesting than assigning case numbers. These titles will go with public writeups. Why deprive the world of my exploits? They are learning opportunities.”

Jacobs rolled his eyes at me. “That is why we are here. Publicity for a blog he plans to write.”

Holmes flashed a half-cocked smiled. “We are going to link it to a Twitter account for progress reports from the field.”

Jacobs exhaled, “There is no we.”

I couldn’t tell if he was serious or not. “Do you really want to tweet out to criminals how close we are to catching them?”

“I’m sure Watson will perform some creative editing.”


Jacobs shook his head and stood up. “Come Holmes. I think he gets the idea of what to write.” 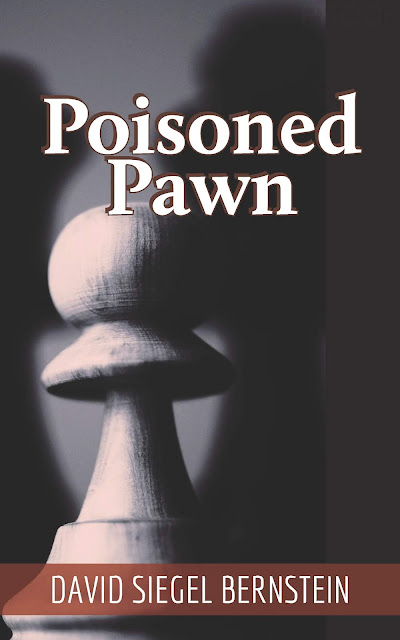 Caleb Jacobs is a man with a past. After serving on a failed dark ops assignment in Afghanistan, he leaves Marine Corps Intelligence to try to build a new life in Philadelphia as a homicide police detective.

Jacobs is happy, for a time, until he is assigned to solve the murder of Shannon Faraday. During the investigation, he is convinced the evidence points to him as the killer. He knows it is only a matter of time before other investigators see the same. He has no alibi and the clock is counting down.

Behind his partner’s back, Jacobs hires a private investigator named Lawrence Holmes. The PI is an irritation to the police, but he is unmistakably brilliant. And, many powerful people in the city owe him favors. Holmes is a bit odd. He insists on calling Jacobs Watson but claims to never have heard the name Sherlock. Jacobs can live with this kind of crazy as long as together they find the real killer.

They quickly link the murder to a series of seemingly unrelated crimes occurring throughout Philadelphia, and Jacobs becomes convinced the murder is related to the truth of what had happened during his time in Afghanistan. Old secrets have come back to haunt him.

I felt like shit for having to hire a private investigator, especially one who was most likely insane. Still, I couldn’t deny that his type of crazy got results. Reluctantly I handed over an envelope to the man sitting on the sun-bleached bench.

He opened it. Satisfied with my offering, he slid it into his jacket. “Ah, Watson,” he said. “Good to see you again.”

I shook my head and dropped onto the bench next to him. “My name is Jacobs. Caleb Jacobs,” I said, hoping the reminder might stick this time.

He turned to me. “Did you say something?”

If I wasn’t desperate for his help, I’d strangle him. Of course my superiors at the Philadelphia Homicide Unit wouldn’t appreciate that. But I wondered if a cop hiring a private investigator was any worse of a violation. I needed Lawrence Holmes for his connections and unique viewpoint, things my PHU colleagues couldn’t provide. He might not be the fictional character he played at, but he was a talented PI. 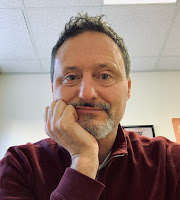 To support his writing addiction and excessively extravagant lifestyle, David Siegel Bernstein, PhD, is a data scientist who consults as a forensic statistician. That sounds really boring until you realize that his clients include the US National Security Agency (NSA), the Secret Service, the FBI, the Department of Justice (DOJ), and a host of other acronymonious agencies who cultivate exciting and shadowy reputations. Alas, those reputations are mere facades that disguise the real reason these organizations exist, which is to keep him entertained and fed.

When David wants a break from this spellbinding work, he writes. His fiction credits encompass two novelettes and sixty shorts. His nonfiction has appeared in newsletters, popular blogs, academic journals and he is the author of the book Blockbuster Science: The Real Science in Science Fiction.

He lives within the shadow of Philadelphia with his wife, Michelle, two children, Seth and Gwendolyn, and a dog named Ringo Biggles Woofington.


David Siegel Bernstein will be awarding a $25 Amazon or Barnes and Noble GC to a randomly drawn winner via rafflecopter during the tour.