Sometimes the stories behind the stories are almost as fun as the stories themselves. Today, author Roger Peppercorn takes us behind the scenes of On the Devil's Side of Heaven and how he created his fictional world. Then please enjoy an excerpt from the book before you download your copy. Be sure to follow the tour for even more fun and extra chances to enter the giveaway!

Stories take place in a physical realm of some sort. When I wrote my book On The Devils Side of Heaven I chose the Mesa Valley in Western Colorado in general and the towns of Fruita and Grand Junction in particular. I grew up there. It is a locale that is unique because of the sweeping vistas of the mountains that surround it including a national park and home to the world’s largest plateau and the adobe desert. I did so because of the old adage, know far and wide to all writers which write what you know. In this case I know the people and the area. But that is the broad brush strokes.

While the world my story actually takes place there were literary licenses I took in writing about it. In particular a small community center located between Delta and Olathe, Colorado known as Pea Green Hall. It got its name because of its color. When I was a child growing up it was home to many weddings, funeral receptions and family reunions. It’s still small, and home to those things except now it has a Facebook page, a posted schedule of events and has bathrooms with running water. In my book it does not. Pea Green Hall in effect is like a character in that it has texture and becomes like a character because it plays a pivotal role in the story. The Lodge is another location I took license within that I created an entire mountain fortress for the climactic scene.

Creating on paper that fictional world was so fun to live in when I write. I found it really adds layers and dimensions. What I found as I write even today is the freedom it allows in the storytelling itself. It also adds stress and friction as I was writing because it adds to the believability to the world I created.

Storytelling is best when the world created allows the audience to relate and provides the vehicle for the ride ahead. And the best part is it’s your world so the only rules are the ones you create. 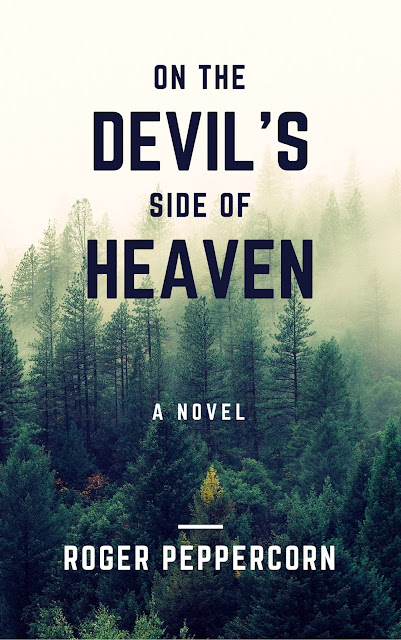 With the drop of a judge’s gavel, Walt Walker has finally lost everything. The badge and gun he used to carry and the moral certainty of right and wrong, good and evil that used to keep him grounded. Now Walt, sans gun, gets his badges from an Army Navy store. He spends his days in South Florida, working for a boutique insurance firm as their investigator. He spends his nights in dive bars, trying to forget the mess he has made of his life.

Ronald Jacobs always preferred the title Human Resource Manger to Hitman. But now that he's retired, he can concentrate on living in the shadows as a respectable gentlemen farmer. Far from the reach and pull of his past life.

Their transgressions are behind them but a chance encounter and a failed assassination attempt sets the two of them on a collision course of violence and retribution. Hunted by contract killers, the law, and corporate bag men, they are pursued across the unforgiving adobes and the sweeping vistas of the Mesa Valley in Western Colorado.

Survival means putting their past in front of them and their differences aside, because in this world the only thing that matters is to cast not others on the devil’s side of heaven, lest you be cast in with them.

A little after midnight on a clear and cold morning in March, Jimmy Dix parked his car three miles from the farmhouse. From here it would all be on foot. The sky, dark and overcast, would cover his approach to the farmhouse situated in the adobe desert, fifteen miles from the little town of Loma, CO. His target presumably would be asleep and unaware of his impending death.

Big Max Benson had been clear in his instructions. The job had to be tonight. Jimmy hadn’t bothered to ask why. Fifteen thousand dollars had been more than enough to silence any idle curiosity he may have had. And the promise to convert all the red ink that bore Jimmy’s name in Big Max’s ledger to black had been the clincher. He had driven fifteen hours in a rental car he had picked up in a hotel parking lot just outside of Billings, MT. In the trunk, Big Max had left a cut down 12 gauge shotgun, an AR-15 and a 9 mm pistol. Each weapon had come with more than enough ammo to do the job. Jimmy had brought along his own set of NVGs for the nighttime raid.

He sat in the car, staring out the windshield, thinking about the three mile hike he had in front of him. The car heater was cranked up to high. The dashboard clock read 12:02; the hike would take him about an hour. He thought about the task at hand. After he arrived, he would need probably thirty minutes to scout his final approach plus maybe another fifteen to twenty minutes to get set up. Maybe another five minutes to carry out the job. Jimmy did the math in his head and figured that worst case scenario, he would be back in the car no later than 4 a.m. This would leave him more than enough time to get clear of the area. Jimmy smiled at the thought of coming in under the cover of darkness, killing someone and then leaving under the same veil before any cops showed up. 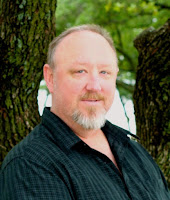 Roger Peppercorn has suffered for the better part of his life from wanderlust and this need to see the other side of the horizon has taken him to all parts of the world. The people and backdrop of his travels have served as the inspiration behind his characters and storytelling.

As a child, his mother taught him to read and write. His father's collection of Louis Lamour novels provoked the fantastical images in his mind and the romance of the written word. In the seventh grade, his history teacher brought the characters of a bygone era alive. From that point on, Roger began to hone his skills in storytelling. After high school, Roger took a course in creative writing that was taught by a long haired hippy in a Hawaiian shirt.

Roger’s grandmother used to tell hypothetical tales of traveling across the plains in a covered wagon, the woes of having a son sent off to war, and the larger-than-life man she met at Pea Green Hall who later became her husband.

His first two novels "On The Devils Side of Heaven" and "The Sometimes Long Road Home" take place on the western slopes of Colorado, in the sleepy town of Fruita, where he grew up. They center on the strained relationships and sorted histories of three characters - Walt, Ronald and Jessica, and violence that erupts around them.

Roger is married and is a father of four beautiful children. He currently calls South Dakota his home.

Roger Peppercorn will be awarding a $10 Amazon or Barnes and Noble GC to a randomly drawn winner via rafflecopter during the tour.