Where the Hell Is My Bacon? by Beth Anne Campbell 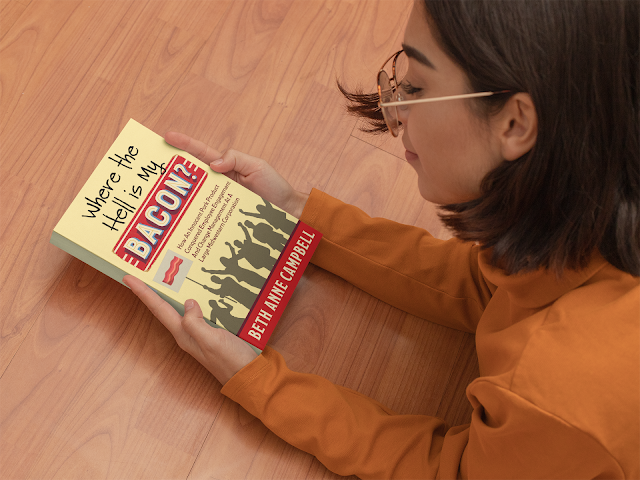 Bacon bits. An untimely health directive. Frazzled technology departments. These may not sound like the makings of a company-wide protest, but, when mixed together with a dash of humor and a pinch of social media, a hilarious and enlightening story begins to unfold. Unexpectedly, fried pork becomes the voice of the people and a beacon of change.

Where The Hell Is My Bacon? is the true story of how bacon mastered change management and employee engagement in modern-day corporate culture and helped an entire department find its mojo again. It is a polygamous marriage between bacon, business, and humor with timely messages about overcoming poor management.

The removal of bacon bits from the company cafeteria salad bar—courtesy of an executive health mandate—could not have come at a worse time. The IT department was in the middle of a demanding transition of their day-to-day work to an offshore team. People feared for their jobs, confidence in management was nil, communication abysmal, and morale was at an all-time low. So, when the health decree came down and bacon disappeared from the cafeteria, it was the final blow.

Following a single social media post lamenting the loss of their beloved pork, the voice of the department exploded. The masses had suffered enough, and they revolted in a grand, food-centric protest.

It was a sad day for bacon but a triumphant moment for the people, who brought to light important lessons about good leadership, employee engagement, communication, and trust.

I was compensated via Fiverr for sharing this post. I only share those books that I feel will be of interest to my readers.
Posted by Andi at 1:00 AM