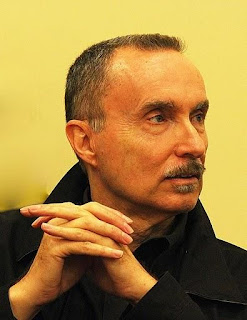 Michael Meeske writes across genres, including romance, mystery, suspense, horror and Gothic fiction, a genre that blends horror and romance, and has its roots in some of the earliest novels ever written. Poe's Mother is his latest release available exclusively on Amazon.com.
From 2008 to 2010, he served as Vice President of Florida Romance Writers (FRW). He has been a member of FRW and the Romance Writers of America since 2002. He also was an active member of the Writers' Room of Boston, a non-profit working space for novelists, poets and playwrights.
Michael's writing credits include Frankenstein's Daemon, a sequel to Frankenstein, offered through Usher Books. He also is the co-author of His Weekend Proposal, a tender category romance published in August 2009 by The Wild Rose Press under the pen name of Alexa Grayson (soon to be published in Greece); Zombieville, a short story included in a 2011 anthology by FRW writers, available at Amazon.com, and Tears, a short-story published in the Fall 2000 issue of Space & Time, a magazine of fantasy and science fiction. Usher Books will publish additional works by Michael in 2012 and 2013.
Some of his influences are Edgar Allan Poe, H.P. Lovecraft, Shirley Jackson, Oscar Wilde, Daphne du Maurier, Richard Matheson, Sir Arthur Conan Doyle and any work by the exquisite Brontë sisters. You can contact Michael at michaelmeeske@live.com.

You can also find Michael at any of the following links:
FB:  http://www.facebook.com/michael.meeske?ref=tn_tnmn
FB Fanpage: http://www.facebook.com/pages/Author-Michael-Meeske/252387778133954
Twitter: https://twitter.com/#!/MichaelMeeske/followers
Website: www.michaelmeeske.com
Goodreads: http://www.goodreads.com/author/show/4575677.Michael_Meeske
Check out the trailer for Poe's Mother.