'The Spirit Box' Review and Giveaway

Welcome to the first stop on Tempting Book Tours for The Spirit Box by JH Glaze! Read on to learn more about the book and the author, my review, and scroll down to enter a fantastic giveaway!
Book Blurb
When Walt Turner's mother died, he inherited her apartment and the antique shop below. After losing his job due to the treachery of a co-worker, The Spirit Box calls to him from the darkness of the shop with an offer of revenge.

Lured by the promise of ultimate power and eternal life by the prisoner inside the box, Walt agrees to help it gather the final spirits it requires to return to human form.

John Hazard is investigating a series of murders and missing persons in this otherwise quiet town. His perceptions of reality are about to be altered in a life changing confrontation that will force him beyond the boundaries of darkness and ancient evil.

It is a spiraling descent into madness, where you may have everything you desire, if only you are willing to sacrifice all that you believe.

When you look into The Spirit Box, be prepared to have more than your breath taken away.
My Thoughts 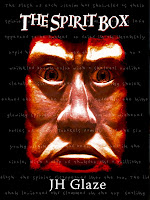 It has been a while since I read a book that turned my stomach and creeped me out, in a good way.  The concept of the Spirit Box is disgusting and terrifying at the same time. Its power to change the behavior of a man into a murderous madman who doesn't even understand what is going on and feels guilty about it.
Walt is one of the first main characters I have met in a long time that I despised from the very beginning. He is a whiny jackass who is cocky for no reason other than he has incredibly poor self-esteem. That did not deter me from zipping through his story, eager to find out what was going to happen next, though. Sometimes those characters you hate drive you through, just so that you can find out if and how they meet their demise. Detective John Hazard is an intriguing character whom I would like to get to know better. This is JH Glaze's first novel, and it does feel like a first novel. It is also the first book in a series that promises to improve as it goes along, as writers often do. I enjoyed it and look forward to reading more in the series.
If you like sick and twisted plots, like Stephen King's earlier books, then this is a book for you.
About the Author 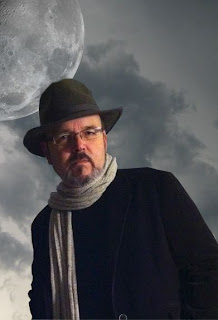 When was the last time you saw someone working on a laptop while riding Public Transportation during rush hour? There is one Atlanta area author, JH Glaze, you may have seen. He would have been writing one of his novels on his way to 'the day job'.
His first novel 'The Spirit Box', a horror/thriller about a man who inherits an ancient box from his deceased mother, was written almost 80% on the train. It was finally published in September 2011. Since then, he has completed a second novel in the series, 'NorthWest'. This exciting cross-genre novel was 100% written on Public Transportation.
When asked why he enjoys writing on the train, he'll tell you, “Riding on the train is the only time of the day when I won't be distracted by email and other things that just seem to come up when I'm in my office. The atmosphere on the train also incites an atmosphere of uncertainty and excitement that can't be duplicated in a home office environment. Anything could happen on that train at any time and my writing channels that energy!”
What does he say about his writing style? “I want to involve you in the stories, to bring you into my worlds and share with you the thoughts that inspire them. The stories originate with simple ideas, and I tell them in a way that carries you the reader, through it inside of your own mind.”
The writing style of JH Glaze has been called 'Unique' and has been well received by readers from a broad spectrum of genres. Readers and reviewers alike have given high ratings to both of the first 2 books in the series. The release of the third, 'Send No Angel', scheduled for release in Summer 2012 and is highly anticipated by fans of this author.
JH Glaze was born in Niles, Ohio and currently resides in Atlanta.  He lives with his wife and editor, Susan Grimm, their dogs, Harley and Jake, and JoJo, the Senegal parrot. To find more information, search the web for JH Glaze, The Spirit Box, NorthWest, Send No Angel and The Horror Challenge.
Connect with JH Glaze
Website:
http://www.jhglaze.com
Facebook:
https://www.facebook.com/JHGlaze.author
https://www.facebook.com/thespiritboxbook
https://www.facebook.com/northwestbook
https://www.facebook.com/sendnoangel
https://www.facebook.com/thehorrorchallenge


Tumblr:
http://www.tumblr.com/blog/jh-glaze
a Rafflecopter giveaway
Posted by Andi at 9:43 AM