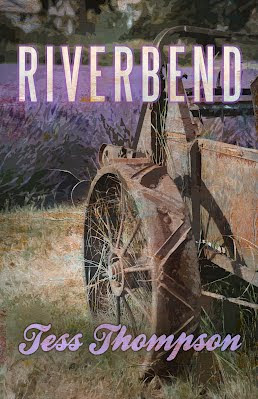 Just as Annie Bell’s reputation as one of the best chefs in the Pacific Northwest grows to new heights, she receives a threatening phone call from her abusive ex-boyfriend. Marco is out on parole and hungry for revenge, blaming her for his ten-year imprisonment. Fearing for her life and that of her young son, Annie reluctantly accepts help from Drake Webber, a cold and wealthy recluse hiding a dark history of his own. Supported by the gang of misfits from their restaurant Riversong, Annie forges ahead despite her growing terror that Marco will appear at any moment and make good on his threats.

Author Tess Thompson reunites the colorful cast of endearing small-town characters from her bestselling novel Riversong and takes you on a journey that will renew your faith in love, friendship and the power of community – even in the face of seemingly insurmountable grief and fear. You’ll find yourself once again cheering for the residents of River Valley, especially the big- hearted and compassionate Annie Bell.

Escape with a blend of love, laughter, friendship, suspense and gourmet food while remembering it’s never too late for second chances.


Two days later, the first Monday she was to start work for Drake Webber, Annie dreamt of a man chasing her down the streets of Los Angeles as she carried baby Alder in her arms. Was it Marco? She couldn’t be sure. At a bump in the sidewalk, she tripped and fell. Blood spilled onto the cement. Then, there was a phone ringing, an old-fashioned ring tone like phones from her childhood.

With a start, she awakened, sitting up in bed, the blankets tangled around her legs and her pajamas soaking wet from perspiration. The ringing continued; it was her cell phone. She’d recently changed the ringtone to that of the old rotary phones. Rubbing sleep from her eyes, she reached for the phone on the bedside table. What time was it? Not yet six a.m. Who would be calling this early? It was probably her mother with news of another boyfriend who left her penniless and unable to pay rent. This happened every year or so and Annie always sent money. And her mother always found one more loser to move in with a short time later. “Hello,” she said, fully prepared to be annoyed that her mother had awakened her so early.

Her stomach, like it might during a sudden five-story drop in an elevator, sank below her knees. Marco. His voice was rough, hard—she would recognize it anywhere.

Was she still asleep? Please, God, let this still be my nightmare, she prayed silently. She trembled, the sweat-soaked pajamas cold on her skin. Her hand twitched, as if in a move to hang up the phone, but he spoke again. “What? Cat got your tongue?” She continued her silence, frozen. “Listen, bitch, I know it’s you. You’re all over the Internet these days. All you have to do is put your whore name into Google and there’s a dozen articles on you. You’re looking good, especially compared to what a cow you used to be. I’m coming to town. Shouldn’t be hard to find you. And then you’ll pay for what you did to me.”

She dropped the phone like it was hot and stared at it. Then she picked it up and punched the hang-up button before tossing it back on the bed. She folded her knees, wrapping her arms around them and rocking back and forth for several minutes. Oh no, no, no, no, a roar in her head. 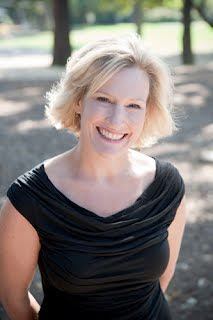 Tess Thompson is a novelist and playwright with a BFA in Drama from the University of Southern California. Her first novel, Riversong, became a bestselling ebook in 2012, reaching #1 on Nook and spending over a month in Amazon’s Top 100. On May 14 she will release her third novel, Riverbend, the second book in the River Valley Series. Tess regularly blogs about her journey as a mother, author and friend at www.tesswrites.com.

Like many of the characters in the River Valley series, Tess is from a small town in Oregon. She currently lives in Seattle, Washington with her two young daughters, Emerson and Ella, and their puppy Patches, where she is inspired daily by the view of the Cascade Mountains from her home office window. Tess is working on her fourth novel and regularly blogs about her journey as a mother, author and friend at www.tesswrites.com.