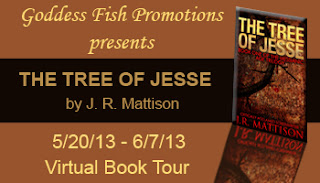 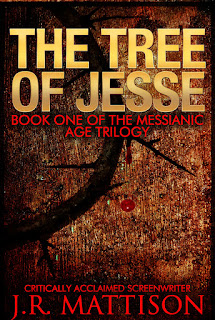 The Tree of Jesse
By J.R. Mattison


On a lonely strip of Death Valley a failing musician awakens to an intriguing new life. One filled with ancient languages, a hidden identity, and the woman who holds the key to his destiny...his connection to the lost pages of the Dead Sea Scrolls. But there are those who want to keep the secrets buried...and will stop at nothing to keep the prophecy from unfolding.


The full moon never ceases to amaze me no matter how many times I see it. Lately I feel more connected to it. Like its force is pulling me towards something.

Towards a life that I’ve lived before.

I stand awed by it’s glow as she turns into her long gravel drive way; I’m surprised that old Jeep makes it up the mountain. Never understood why they call this place Lone Pine. There are pine trees everywhere.
As she dips her boot clad foot out the car door I realize that the way she moves has grown familiar to me. That her essence has become tattooed on the recesses of my mind in ways I couldn’t have imagined possible. And that I can’t imagine a day without seeing her run those long fingers thru her hair or watch her light up one of those thin brown cigarettes. And just then I suddenly see myself clearly. I’ve become the kind of man that watches what he can never have. That lingers too long in alleyways waiting to catch a glimpse.

Someone frightening and grotesque.

I’ve become less than good for nothing, just like my father always said I would. I’ve become a monster who stalks in the night.

I have to stop this.

I turn on my heel and race into the woods as fast as my legs will take me, never looking back. 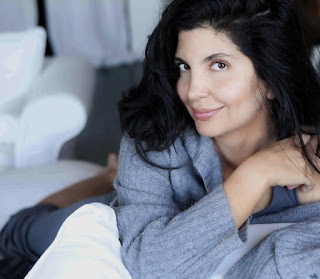 Mattison started her career in Chicago appearing on television and radio. She founded founded Cheshire Smile Productions, bringing to life and penning her first feature film FISH WITHOUT A BICYCLE, a festival winning coming of age comedy which was directed by Brian Austin Green. “Fish” is now available on Netflix. Mattison also wrote Cheshire’s second release THE THIRD WISH now available at Blockbuster and distributed by the Hallmark Channel.

Lionsgate’s FOR THE LOVE OF MONEY, based on a true story of Jewish gangsters set in the 1970’s starring James Caan, Paul Sorvino, Edward Furlong and Jeffrey Tambor was also produced and written by Mattison.

Most recently Jenna has written a TV movie called COMMITTED, which wrapped production this spring to premiere on television this fall. Her novel The Tree Of Jesse is a romantic religious thriller and will be released this spring, available worldwide. Mattison wrote the book while recovering from a traumatic injury and says that the novel, “wrote itself”, with historical facts just begging to be included. “I didn’t write this…it came from somewhere else. Somewhere good. Somewhere pure.”

J.R. will be awarding one digital copy of The Tree of Jesse to a randomly drawn commenter at every stop. Follow the tour for more chances to win!
Posted by Andi at 6:07 AM