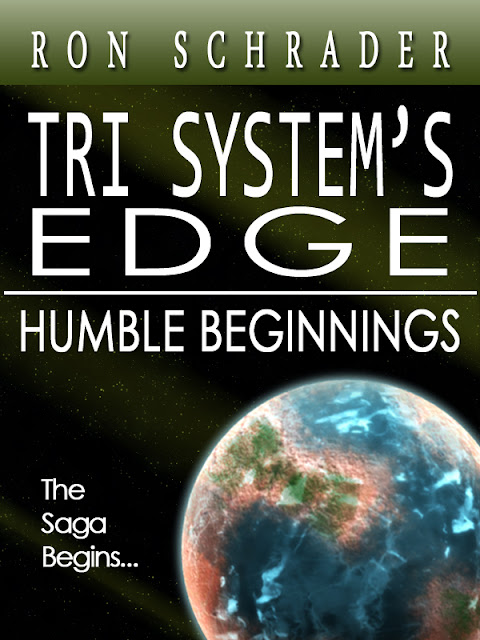 The long awaited follow up to Paradise Unraveled, the short story prelude, Humble Beginnings tells the story of Kalla & Jarek as they are both unwillingly propelled into a battle that neither of them wanted to become part of.

Kalla was just your run-of-the-mill smuggler, using her youth and good looks to get by. She wasn’t loyal to any government or milita, only doing what suited her interests best. But when she lands out of necessity on the planet Paradise, her life takes an unlikely turn down a new path after being attacked by the Vie.

Jarek, another unique product of Paradise who lives in solitude and has dedicated his life to hunting the Vie, finds Kalla one fateful night. Their chance encounter leaves the two changed in ways that neither would have ever imagined.  With her second lease on life, along with inhuman abilities, Kalla will either become the key for evil to prevail or the hope the Tri Systems have been waiting for.


Attention Sci-Fi fans! Join the fan club for an exclusive sneak-peek to the new book, Humble Beginnings! You get the first chapter delivered straight to your inbox. You are also then entered into a drawing to win a $20 Amazon gift card! Five lucky winners will be randomly chosen prior to the launch of the new book.

Ron Schrader has been writing short fiction for years, going all the way back to grade school. Toward the end of 2012, Ron decided to take his writing seriously and pursue writing as a career. As a writer, Ron has always tried to incorporate very detailed descriptions which have been accepted quite well by readers, making it very easy to paint a clear picture as they read.

Having worked in IT for many years, it's no surprise that science fiction is among his favorite genres to write about, and his current projects revolve around a science fiction novel planned for a mid to late 2013 release date. He's excited to share his stories with readers and hopes to build a following of readers who are anxious for more!

Get the short story prequel for only 99 cents on Amazon! 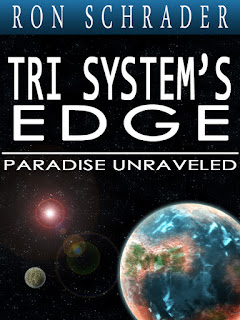 Tri System's Edge: Paradise Unraveled is the unedited prelude of a science fiction series that takes place on the planet of Paradise, where a people forced to abandon their home take refuge. Hoping to rebuild their way of life, they soon find that paradise was not meant to last in this entertaining read full of action, adventure and romance.

Although not your typical vampire series, Paradise Unraveled explains the origins of the Vie, a vampire-like creature that only Paradise could create, also setting the stage for the main characters in the upcoming full length novel Humble Beginnings (currently in the editing phase) scheduled for a mid/late summer release.

If you're a fan of young adult fiction or science fiction, Tri System's Edge: Paradise Unraveled is sure to be a fun read that will prepare you for the full length novel coming soon!

Note: This short short story is approximately 8,221 words in length.