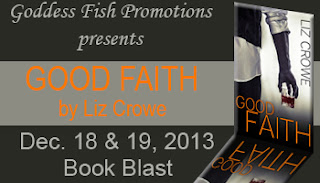 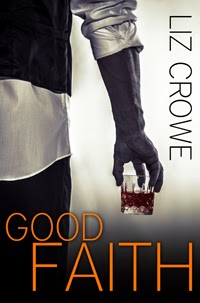 Brandis, Gabriel, Blair and Lillian emerge from the entanglement of their parents’ longstanding emotional connections, but one’s star will burn brighter – and hotter – than the others.

With a personality that consumes everyone and everything in its path, Brandis Gordon struggles to maintain control as he ricochets between wild success and miserable failure. His life proves how even the strongest relationships can be strangled by the ties that bind.

Brandis and Gabe Frietag are as close as any brothers, bound by both loyalty and fierce rivalry. The strength of their ultimate alliance is tested time and again by Brandis’ choices.

Companions from birth, Blair Frietag and Lillian Robinson share loner tendencies, but come to rely on each other through adolescence. As they mature, both are forced to confront their feelings for the men they knew as boys.

Somewhere between the tangle of good memories and bad, independence and addiction, optimism and despair, the intertwined destinies of the new generation finally collide, leaving some stronger, others broken, but none unscathed.

As a chronicle of three families navigating the minefields of teen years into the turbulence of young adulthood, Good Faith holds up a literary mirror to contemporary life with joys and temptations unflinchingly reflected. Its fresh, real-life voice portrays the sheer volatility of human nature, complete with the hopes, dreams, and unexpected setbacks of marriage, parenthood and “coming of age.”


That morning his father had roused him from a sound sleep. He’d blinked, confused, by the angle of the sunlight. He rarely slept much past eight since he usually had some sort of training or the other.

Brandis had dragged himself up, his limbs feeling like they weighed a thousand pounds each. His brain buzzed with a strange sort of energy, his typical state, and not at all welcome considering it normally didn’t hit him until later in the day. The conversation his father began as soon as they were seated at their usual diner did not help.

“So, listen, Brandis. These girls…Katie’s friends from college….”

Brandis sipped his ice water, waiting for his father to finish the thought. His heart pounded, and his face flushed hot with embarrassment.

Jack sighed, as if exasperated that Brandis didn’t pick up the thread on his own, leaving him to carry on with the awkwardness about to ensue. Then he leveled his gaze, his face open, not angry or judgmental. “I think that you may be in for some…I mean, they’re…shit.”

“If you are gonna tell me where babies come from again,” Brandis said, after deciding to ease his father’s obvious distress. He cocked an eyebrow and half a smile. Jack seemed to relax somewhat as Brandis continued. “Don’t bother. I already know.”

He flashed his brightest smile up at the middle-aged woman who stood at their table, coffee pot in hand. She blinked rapidly at him, and at that precise moment, Brandis got his first flash of…something…about his power. Up until now he’d merely been “Brandis the trouble maker, the causer of strife.” Suddenly, he felt strong, amazingly so, stronger than even the man sitting across from him, a taller, older version of himself. His body tingled all over, as he tested the smile out again on the woman, making her slop some coffee out onto the table. His father frowned, but then chuckled as the woman walked away after they gave their orders.

“Son,” he said, leaning back and cradling the coffee mug to his chest. “Your adventure has only just begun.”

“Huh?” Brandis picked up his cup but didn’t drink any. He hated coffee, but had ordered it in a burst of need to be more like Jack. As he sipped the bitter stuff, he was transported back years before when he and his dad would spend every single Saturday morning together, eating breakfast at this very diner. He had adored the man, he remembered distinctly. His chest hurt at the simplicity of their relationship then. He looked away from Jack’s deep blue, knowing gaze.

The subject changed of its own accord, and Brandis let it. Although part of him wanted to ask for advice, a much bigger part would not allow the words past his lips.

They ate, discussing the upcoming football season and Brandis’ part in it. The recruiting company Jack had contracted last year to video his every move would start up with the first game. He’d made varsity again, technically as backup quarterback to a senior boy. Brandis didn’t see this as a setback and had every intention of starting under center by the second or third game.

Finally, when they pushed their empty plates back and sat looking at each other, Brandis felt more comfortable in his father’s presence than he had been in a long time. Jack said, “I am pretty sure at least one of those girls sleeping in the basement is determined to change the status of your virginity for you probably as soon as tonight.”

Brandis choked on the last sip of lukewarm coffee. His face burned, and his body tingled again. “I’m…it’s…uh….” He clutched the napkin in his lap unable to meet his father’s eyes.

“No need to say anything. Let’s just say your mother is an astute reader of female intent. While I was busy admiring your sister’s friend’s ass, she apparently read the girl’s mind or something.” Brandis’ face flushed even hotter.

He resisted the urge to protest, to proclaim his innocence of such things. Because he wanted it back—those mornings between them, father and son, man and boy, not this awkward, man and almost-man bullshit. Because while the thought of one of his sister’s college friends popping his cherry remained a pleasant fantasy, it also made him feel older than he wanted to be right then.

“So, I bought a box of condoms this morning,” Jack went on. “Put some downstairs in the side table drawer and the rest in your room. Use them please.” He sipped the last of his coffee, looked as if he were about to get up, then leaned forward, touching Brandis’ wrist. “Have fun. Don’t be an asshole to women. Let every experience teach you…something. Because you are nothing as a man if you don’t learn from every woman you…love.” Jack looked out the window onto the nearly empty parking lot. Then he turned back, tightened his grip on his son’s arm. “God, you are so…young.” His face fell a moment, then he perked up again, his eyes twinkling. “Okay, so, your mother told me to tell you not to let them corrupt you. But all I’m gonna say is this: always wear protection, no matter what, no matter how much you don’t want to. And don’t let your mom catch you in the act. I’ll handle her otherwise.”

Then he let go, stood and smiled, draping a friendly arm around Brandis’ shoulders as they exited the restaurant.

“You really didn’t tell me you were admiring Katie’s friend’s ass, did you, Dad?”

“No, son. I most certainly did not. You obviously misheard me.” Jack winked as he stood by the passenger’s side of his classic Corvette convertible and tossed the keys to Brandis. “Remember what I told you. Don’t ride my clutch.” 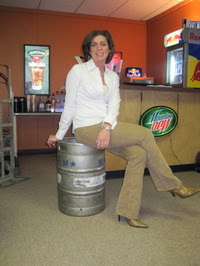 Amazon best-selling author, beer blogger and beer marketing expert, mom of three, and soccer fan, Liz lives in the great Midwest, in a major college town. She has decades of experience in sales and fund raising, plus an eight-year stint as a three-continent, ex-pat trailing spouse. While working as a successful Realtor, Liz made the leap into writing novels about the same time she agreed to take on marketing and sales for the Wolverine State Brewing Company.

Most days find her sweating inventory and sales figures for the brewery, unless she’s writing, editing or sweating promotional efforts for her latest publications.

Her early forays into the publishing world led to a groundbreaking fiction subgenre, “Romance for Real Life,” which has gained thousands of fans and followers interested less in the “HEA” and more in the “WHA” (“What Happens After?”). More recently she is garnering even more fans across genres with her latest novels, which are more character-driven fiction, while remaining very much “real life.”

With stories set in the not-so-common worlds of breweries, on the soccer pitch, in successful real estate offices and many times in exotic locales like Istanbul, Turkey, her books are unique and told with a fresh voice. The Liz Crowe backlist has something for any reader seeking complex storylines with humor and complete casts of characters that will delight, frustrate, and linger in the imagination long after the book is finished.

If you are in the Ann Arbor area, be sure and stop into the Wolverine State Brewing Co. Tap Room—but don’t ask her for anything “like” a Bud Light, or risk serious injury.


One randomly drawn winner will win an ebook or print copy of Good Faith, one randomly drawn winner gets an ebook or print copy (where available) of their choice of a Liz Crowe (Tri Destiny) backlist book and one grand prize winner will receive the ENTIRE Stewart Realty series in ebook OR print. Follow the tour for more chances to win!
Posted by Andi at 3:30 AM
Labels: book promo, giveaway, Goddess Fish, romance