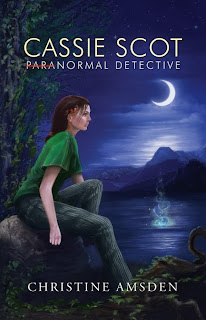 Cassie Scot is the ungifted daughter of powerful sorcerers, born between worlds but belonging to neither. At 21, all she wants is to find a place for herself, but earning a living as a private investigator in the shadow of her family’s reputation isn’t easy. When she is pulled into a paranormal investigation, and tempted by a powerful and handsome sorcerer, she will have to decide where she truly belongs.


At random, I picked up a bottle of perfume from the top shelf and read: “Induces powerful lust. Spray on your intended and make sure you are the first person they see. Lasts about an hour.”

The thing you have to understand about any magic is that there are good ways to use it, and bad ways to use it. The concept of black magic is a hotly debated topic among sorcerers. Even death, in self defense, is a shade of gray. As I stood there, reading the functions of the various love potions, I thought of all the innocent and harmful ways they could be used. A couple in a committed relationship might have a lot of fun with a spray of lust. On the other hand, using it on an unwilling victim...

I shuddered as I replaced the bottle and accidentally knocked one of the neighboring bottles of perfume to the ground. It shattered, splashing perfume all over my open-toed sandals.

“What happened?” Evan asked, his voice hard and alert. I could hear him moving closer.

“Which potion was that?” Evan asked, still in that hard-edged voice of command.

I pointed to the row of similar bottles on the top shelf. “Lust.”

One of the little bottles floated away from the shelf, but I did not turn around to see what Evan was doing with it. Instead, I started looking through my purse for a pack of tissues to clean the mess off my feet.

“Cassie, I have some bad news for you.”

“This potion doesn't take affect until you actually look at someone. Your hour starts then.” 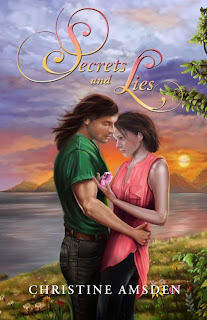 Cassie Scot, still stinging from her parents’ betrayal, wants out of the magical world. But it isn’t letting her go. Her family is falling apart and despite everything, it looks like she may be the only one who can save them.

To complicate matters, Cassie owes Evan her life, making it difficult for her to deny him anything he really wants. And he wants her. Sparks fly when they team up to find two girls missing from summer camp, but long-buried secrets may ruin their hopes for happiness.


Flames now filled the room, along with the smoke. It was incredibly hot, like an oven. The metal doorknob was beginning to glow.

With tears stinging my eyes I dropped the crystal back in my pocket, picked up the mallet, and swung it with all my strength at the wall. It landed with a satisfying thunk, but only managed to inflict a small dent in the heavy wood.

Trying not to feel discouraged, I repeated the exercise. Again and again I swung, throwing all my weight into the movement.

I couldn't take a full breath. My lungs burned. Tears filled my eyes so I could scarcely see.

Reaching down to pick up my shirt, I draped it over my head and swung again. Finally, I managed to beat a chunk out of the wall.

The flames licked my heels. If I got out of this alive, I would need to take a bath in Nicolas's burn ointment, but I tried not to think about that as I swung again and again.

My swings were getting weaker. I couldn't breathe. Racking coughs had claimed my body and the hole in the wall was still too small.

Sinking to my knees, I struggled to hold on to consciousness, but I was no longer sure if I should. My hands and knees against the floorboards were pure agony. Blackness could only hurt less.

I admit that it took me a couple of chapters to get into this sequel. Part of that, though, I think was the exhaustion from traveling, as I read this on both the ferry and the airplane. I will say, though, that once I was reacquainted with the characters, I was sucked in and zipped through the pages.

Cassie made some rash decisions in the first book, and is now dealing with the consequences. She has been forced to grow up pretty quickly and still has many more decisions that face her. She is also still determined to make a name for herself, without acknowledging her magical family. She is downright stubborn about this, but ends up learning some good lessons because of it.

Her relationship wtih Evan continues to evolve. More secrets are revealed, that explain so much about her family and their past. The series continues to be a blend of mystery with a little romance, all with a paranormal bend. The market is inundated with the paranormal genre right now, but something about Cassie Scot is different. I don't feel like I am reading another cookie cutter story with this series. I enjoyed the twists and turns that are leading to yet another book in the series that I look forward to reading.

Get to know Cassie's love interest, Evan Blackwood, a little bit better in this interview between him and author Christine Amsden! 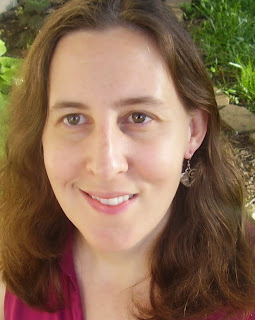 Award-winning author Christine Amsden has written stories since she was eight, always with a touch of the strange or unusual. She became a “serious” writer in 2003, after attending a boot camp with Orson Scott Card. She finished Touch of Fate shortly afterward, then penned The Immortality Virus, which won two awards. Expect many more titles by this up-and-coming author.


The author will be awarding a $50 Amazon or BN GC to one randomly selected commenter. Follow the tour for more chances to win!