'The Zombie Truth: The Apocalypse Has Begun' by Vincent St. Vincent 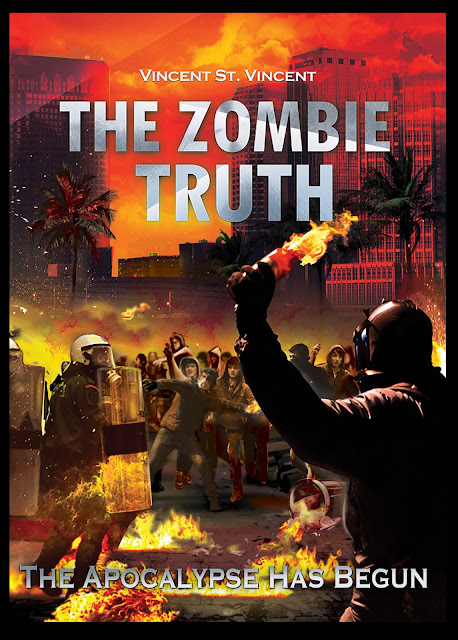 When every province of the world so teems with inhabitants that they can neither subsist where they are nor remove themselves elsewhere… the world will purge itself in one or another of these three ways floods, plague and famine.— Niccolo Machiavelli


The hoof prints of The Four Horsemen are fossilized in the time line of human history. The Biblical flood. The Great Famines. The Bubonic Plague. World War II. In between these events, we like to pretend The Horsemen never existed at all, but deep inside, we know. We know that not only did they exist… They’re coming again. Clip clop in our dreams—those nightmares that slip away from our brains like fine sand through a sieve the moment after we awaken. Clip clop in the night when the lights flicker off and darkness surrounds us, a still-unevolved part of our minds convinced of the danger no matter how our civilized, rational selves try to suppress it. Clip clop in our movies, books, and art—leaking from that primal, subconscious warning system into our conscious, creative imaginations.


Clip clop. Do you hear it now? Clip clop, clip clop. Nearer and nearer, as steady and inexorable as the tick of clock.

Before he hears it, Robert’s life is on track. Despite being an average sort of guy, he seems to have it all: a little apartment near Tampa Bay; a secure, longterm relationship with a charming, talented film major; the shining promise of a career in neuropsychiatry, a field he’s passionate about, once he finishes his doctoral thesis. Everything is going according to plan, and that’s exactly the way that pragmatic, stolid Robert likes things to go.

But when the world starts going mad one grisly news headline at a time, Robert’s life begins to fall apart in a relentless series of events ranging from maddening to deadly. His girlfriend’s ex-boyfriend is edging in, putting his formerly rock-solid relationship on suddenly shaky ground. Violent riots are taking over the city. People he knows are beginning to drop like flies, falling victim to or joining the mass insanity. Others are attempting to flee Tampa by the thousands, but as the terror sweeps the nation, no place and no one is safe from the monsters. They are everywhere: on the bus, in the streets…in the mirror.

Meanwhile, Robert must bear the heavy burden of being the only one who really suspects the truth. In an eerie coincidence, his thesis research foretold and parallels the sudden plague of malevolence corrupting society, making him perhaps the world’s premier expert on the topic. Now, instead of merely researching the trend, he finds himself inside of it, fighting for his life and that of the woman he loves in a city that’s rapidly transforming into a hellish landscape out of his worst nightmare.

And Robert knows nightmares. Long ago, something dark and evil shadowed his childhood and ripped his idyllic, small-town family apart, changing the course of his life forever. The twisted secret was locked away long ago, so why is it suddenly haunting him again now, when derangement is spreading through humanity like an unstoppable pestilence?

As his past and present crash together with shocking fury, the explosion imperils everything Robert holds dear. But clues lie in the resulting wreckage…potential keys to unlock the deeper truths that hide buried in every human being’s soul, truths regarding mankind’s chaotic spiral into rabid viciousness. Is he brave enough to unlock them? 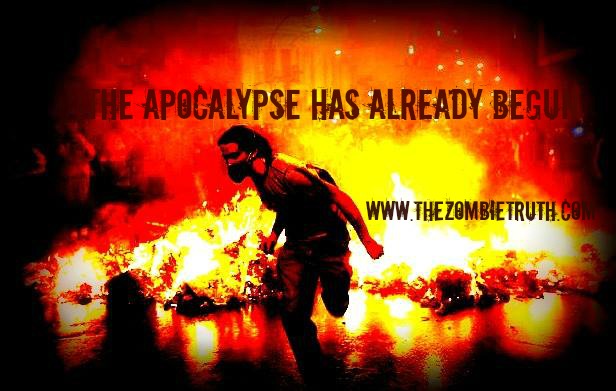 Get your copy at www.TheZombieTruth.com with a 100% guarantee, or your money back!
Posted by Andi at 2:28 PM