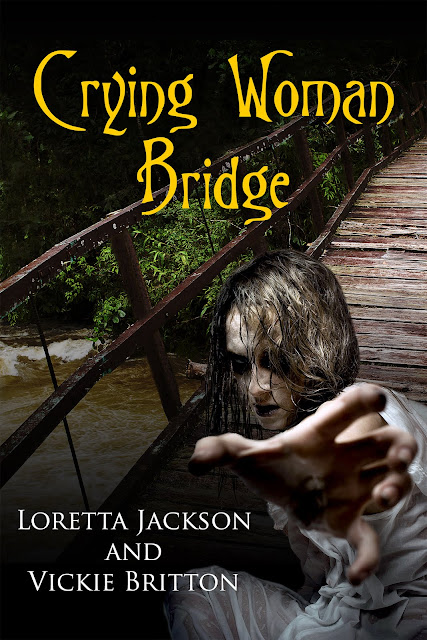 While returning from Professor Dawson’s lecture on haunted places, the last thing Sheriff Jeff McQuede and Dawson expect to encounter is a terrified woman clinging to the railing of Mirabella’s Bridge, crying for her lost baby. It looks as if Rae Harris has thrown the infant over the bridge in a fit of despair, but she claims he has been stolen by a ghostly figure she calls Mirabella. Similar to the La Llorona legend Dawson just spoke about, Mirabella was a local pioneer woman who was rumored to have drowned her infant after being abandoned by a lover. At first McQuede believes Rae was driven by madness, but he soon finds evidence that her story may be true, and the perfectly timed kidnapping of her child may be in some way related to lecture attendee and local celebrity, Jim Royce, and his vast fortune.

Read an excerpt on the authors' blog here. 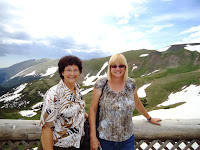 Loretta Jackson and Vickie Britton, sisters and co-authors, are drawn to out-of-the-way places, old mining towns, and vast rangelands where the legends and history of the past live on. Inspired by the rugged mountains of Wyoming and Colorado, they find the lonely, high country region a perfect setting for their novels.

They are authors of the High Country Mystery Series: Murder in Black and White, Whispers of the Stones, Stealer of Horses, The Executioner’s Hood, An Icy Death, Crying Woman Bridge, and also of A Deal on a Handshake, an anthology that also features Wyoming sheriff, Jeff McQuede.

They have written fifty novels, including the eight-book Ardis Cole Mystery Series and the Luck of the Draw Western Series: The Devil’s Game, The Fifth Ace, and The Wild Card. Listed among their work are the The Vanished Lady, Death Comes in Pairs, and The Lost City of the Condor.

Both sisters live in Kansas, Loretta in Junction City, Vickie in Hutchinson.